How Movements Build Strength through Training

Training for movements is not unlike training for athletic competition: Pain is inevitable. It’s the conditioning of mind, body and heart that makes winning possible. 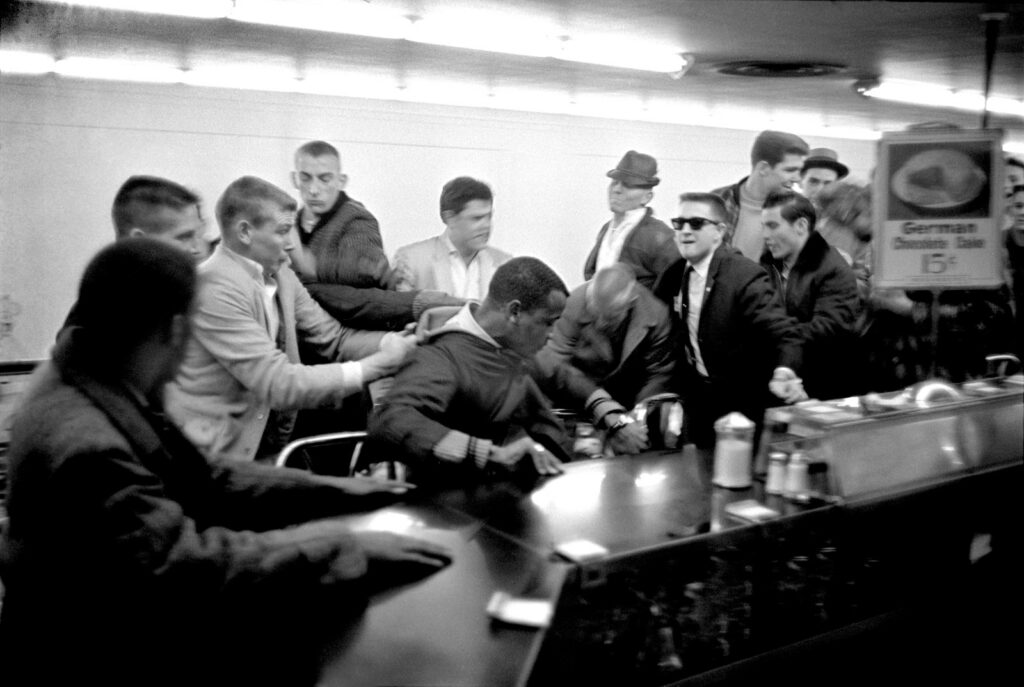 22 Aug 2019 – It’s no accident that much of the leadership of the Student Nonviolent Coordinating Committee, or SNCC, came from the Nashville, Tennessee sit-in campaign — and that SNCC’s young people were frequently pace-setters in the civil rights movement. We can even now watch a short film documenting the process: the careful, step-by-step training workshops led by the Rev. James Lawson for black students.

A similar under-the-radar training process preceded the overthrow of dictator Ferdinand Marcos in the Philippines in 1986. That struggle gave us a new term for nonviolent struggle: “people power.” A violent insurgency had been going on for years in the Philippines, but Marcos — with the help of the United States — had been able to contain it. He was not, however, able to hold back a nonviolent direct action campaign and was ultimately forced to flee to the haven of the United States.

It’s not that movements can’t win without building in a training dimension. The Global Nonviolent Action Database includes successful direct action campaigns dating from times before training, as we know it, had been invented. Even then, however, innovative leaders sometimes developed an equivalent when they knew they were facing a tough opponent.

One such example is Khan Abdul Ghaffar Khan, a leader from what is now Afghanistan and Pakistan, who wanted to free his Pathan people from the British Empire. From watching Gandhi’s “experiments with truth” in the region south of him, he could see the potential of nonviolent struggle even when the British troops came down hard on Indian Hindus. He could expect that the British would be even more violent against Muslims like himself. There are, after all, shades of racism and prejudice. 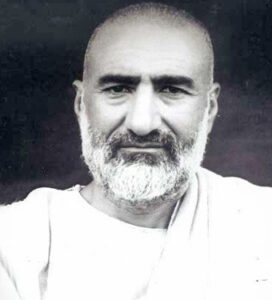 So he organized marching drills for his nonviolent army, who he called the Khudai Khidmatgar, or Servants of God. Although it wasn’t like the role-playing that Rev. Lawson later used, it probably helped bolster their confidence and solidarity in two ways. First, the strenuous marching helped strengthen their ability to withstand violence. Second, it enabled them to practice their unity and commitment to nonviolence — which in turn would reduce, though certainly not eliminate, the level of violence levied against them.

And so it proved to be. A British journalist reported harsher repression used against the Pathans than the Hindus — “wholesale shootings and hangings.” Nevertheless, the nonviolent movement stayed the course, and the British retreated. Gandhi later praised the Pathans’ role in helping to throw out the mightiest empire the world had ever known.

People of color and the choice of nonviolent struggle

One function of training is revealed by these examples: It reduces the effectiveness of violent repression from the opponent.

In this article, I intentionally cite campaigns by people of color. The Global Nonviolent Action Database tells hundreds of stories of wins by peoples of color. One reason people of color so frequently choose nonviolent confrontation is that it offers that chance to win, while also lowering the amount of violence from the opponent — as compared to what happens when violent means are chosen.

The database has a searchable field showing whether the opponent uses violence to try to shut down the campaign. Although there are cases in which opponents don’t use violence, it does show up frequently. Training helps campaigners get ready for the possibility, and one problem that’s tackled in training is the problem of fear.

In struggles between people of color and white opponents, the people of color often have a history of white violence against them, giving them every reason to bring to their campaign a level of fear. The sit-in organizers of the civil rights movement had to take that into account.

Danny Glover’s excellent film “Freedom Song” shows graphically how SNCC’s training worked to support young people to face the near-certainty of white violence with the expectation of winning and the ability to handle the pain that may accompany the struggle. It’s not unlike people who train for athletic competition: Pain is inevitable, and it’s the conditioning of mind, body and heart that makes winning possible.

To my surprise I got a personal glimpse of this on a trolley ride in downtown Philadelphia many years ago, when my son was 12 years old. I started a conversation with a man on the seat beside us. He, warming to my black son, said, “You know, when I was your age I did the best thing I ever did in my life!”

Peter leaned in, his eyes intent on the man’s.

“I’m from Birmingham,” he continued, “and I was in the children’s march with Dr. King! That was some heavy shit, man. One day firefighters came along with the police and got out their hoses and shot water at us to stop our march.”

The man chuckled when he saw Peter hold his breath.

“Yeah, they got me. That water just knocked me off my feet. You’ve never seen anything like it. All of us just got knocked over. Well, the hoses didn’t get everybody — they started singing ‘Ain’t gonna let nobody turn us around!’

“But some of us were hurting and most of us were soaked. So you know what? The next day we did come back — even more of us kids, and some grown-ups there, too.”

Peter looked at me to see if he should believe this fantastical tale. I nodded, realizing that we were hearing one of the most dramatic stories of the civil rights movement.

“Were you hurt?” Peter asked.

“Nah, just some bruises,” the man said. “We just came back the next day, even though now we knew what was goin’ down, and some of our parents said no but we did anyway. You know, going down singing that song about not being turned around.”

“Did you get any training before you started your day’s march?” I asked the man.

“Yeah, we had to have that, because we met first at the Baptist church, and Jim Bevel and other grown-ups trained us to be nonviolent no matter what happens — police dogs or whatever.”

He smiled proudly. “We were brave, man, and I’ll remember those songs forever. Shit, we won that battle!”

Glancing up, the man saw his stop was coming, jumped up, gave my son another smile, and gave us a wave as he got off the trolley.

I finished the story for Peter: The young people won that particular battle in the 1963 Birmingham campaign because the day came when police commissioner ”Bull” Connor ordered the firefighters to turn on the hoses — and the men refused.

The white economic elite began to negotiate with the campaign leadership and forced politicians to make an agreement. Birmingham, Alabama, in the heart of the confederacy, began to desegregate.

A new training workshop for this political moment

The struggles for justice in many countries are facing critical political situations that require additional skills — more than just the kind of tactical training discussed here so far. Those struggles also need organizational training, which shows how to build effective, diverse, leaderful groups and grow the kinds networks and coalitions that can scale up. In societies that are polarizing, such as the United States and Britain, these skills are especially useful because movements can grow rapidly under these circumstances. One organizing resource in this area is something I co-authored with Berit Lakey and others, called “Grassroots and Nonprofit Leadership: A Guide to Organizations in Changing Times.”

Along with organizing skills and tactical strength, we need the ability to strategize for nonviolent direct action campaigning. After all, successful nonviolent movements generally use campaign technology to win. The Global Nonviolent Action Database is based on campaigns, along with books like “This Is an Uprising” by Mark Engler and Paul Engler, and “Why Civil Resistance Works” by Erica Chenoweth and Maria J. Stephan.

Many well-informed people who participate in protests, however, have no idea that there is such a thing as direct action campaign technology — let alone that winning depends on understanding and using that technology well. This means vast reservoirs of energy and talent aren’t being fully used.

When I woke up to this realization, I invented a new, brief training that introduces people to campaign technology. I’ve tested it 15 times, on both coasts and the Midwest, with people active in racial and economic justice, climate, immigrant rights, affordable housing, indigenous rights, healthcare and other issues.

People reported more clarity and increased ability to see the possibility of positive change. They especially appreciated the easy-to-remember framework for formulating a winning campaign, and that it made strategizing more accessible. Some found that the workshop put them more fully in touch with their own strength and power.

I’ve decided to turn this training over to those who can help spread it further. Two educational centers — Pendle Hill (near Philadelphia) and The Resource Center for Nonviolence (in Santa Cruz, California) — are now sponsoring workshops that train other experienced facilitators to lead my training.

Successful movements have a learning curve

As far as I can tell from six decades of studying and participating in movements, the most successful ones excel in learning from their unfolding experience. Those that value empowerment of their participants like to find ways to build the learning curve of the “troops on the ground.”

In the 1930s, training resources in the United States included the Brookwood Labor College. The Highlander Research and Education Center came along around that time and continues today. In the ‘60s new ones appeared, including the Martin Luther King School for Social Change, where I once taught. Now there are still more, including Momentum, Wildfire and Training for Change. At a time when even movement media soak us in bad news, it’s all the more important that we remember to build our resilience and keep on learning.

George Lakey has been active in direct action campaigns for six decades. Recently retired from Swarthmore College, he has facilitated 1,500 workshops on five continents and led activist projects on local, national and international levels — most recently with Earth Quaker Action Team. Among many other books and articles, he is author of Strategizing for a Living Revolution in David Solnit’s book Globalize Liberation (City Lights, 2004). His first arrest was for a civil rights sit-in and most recent was with Earth Quaker Action Team while protesting mountain top removal coal mining. Lakey designed the Global Nonviolent Action Database while a professor at Swarthmore College. In his 2016 book he tells the story of nonviolent campaigns bringing economic justice to Norway and Sweden: Viking Economics-How the Scandinavians Got It Right—and How We Can, Too (Melville House). And in Dec 2018 Melville House released How We Win: A Guide to Nonviolent Direct Action Campaigning.