26 Feb 2022 – A romanticized belief in violence renders people irrational to the point of hurting ourselves, over and over again. One of the most popular — and dangerous — assumptions in the world is that violence keeps us safe. 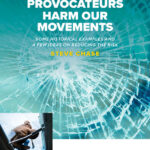 3 Dec 2021 – Those who want movements to fail will try to lure them into violence. A new handbook shows how to reduce that risk. 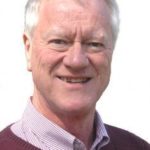 22 Aug 2019 – Training for movements is not unlike training for athletic competition: Pain is inevitable. It’s the conditioning of mind, body and heart that makes winning possible. 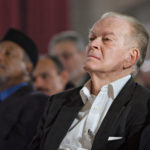 16 Jul 201 – Recent criticisms calling the founder of nonviolent theory a Cold Warrior are way off the mark. To rightly evaluate him, we need to understand the role he chose for himself.

There’s something even better than electoral politics and one-off protests when mobilizing citizen power. The good news is the reemerging art of the nonviolent campaign. Our choices are not limited to petitioning politicians or staging a protest. Instead, we can start something big.

Campaigns can and do generate movements with enormous power. The web-based Global Nonviolent Action Database contains over 1,100 campaigns, waged by people of many cultures, backgrounds and goals. It’s time to retire one-off protests, and step up to wins that can lay the foundation of a living revolution.

When the Next Crisis Comes, Which Movements Will Seize the Opportunity?
George Lakey – Waging Nonviolence, 17 Aug 2015

You, too, could be caught in a situation where people are ready for an alternative, yet your group has none to offer. In addition to campaigning, try empowering the visionaries you know to do homework. We’ll need their vision work — in concert with wide discussion — for the next crisis.

To Succeed, Movements Must Overcome the Tension between Rationality and Emotion
George Lakey – Waging Nonviolence, 3 Aug 2015

When it comes to action, we are pulled by two tendencies that seem compatible but are often in tension. We want our movements to be rational, to strategize well, use resources efficiently, and stay nimble. Yet, we may also want to experience solidarity, to let empathy connect us, and to tap the righteous anger that goes with caring about injustice.

Targets Matter — Why a Small Action Group Took On a Mighty Bank (And Won)
George Lakey – Waging Nonviolence, 18 May 2015

We knew from Quaker experience and that of the U.S. civil rights movement that small groups can organize nonviolent direct action campaigns that become bigger than the group itself.

As I write this dozens of trainers in Philadelphia near completion of a 17-day intensive called the “Super-T,” a kind of boot camp for trainers. In the 1950s, there was no place I could go to learn this kind of activist facilitation training, even though Paulo Freire was doing groundbreaking work in his “pedagogy of the oppressed” and the Gandhi-influenced Muslim leader Abdul Ghaffar Khan had used training to prepare his Pashtun nonviolent army for combat with the British Empire.

Instead of allowing themselves to be bullied by international investors represented by the IMF and the European Union, the Cypriots might want to learn from the Viking example. The Cyprus banking sector went rogue to the point that it became eight times larger than the rest of the country’s economy. Perhaps the bankers thought they would become too big to fail, requiring the country to rescue them. But why should citizens rescue bankers?

Ecuador is in the news these days for its embassy in London giving sanctuary to Julian Assange, the WikiLeaks founder, who is in danger of extradition from Britain and prosecution in the United States. Ecuador, in fact, has a long history of defying the U.S. Empire.

Ever since Iceland’s economy collapsed in 2008, the country has been busy reinventing itself. The first step was to restore democracy through a turbulent nonviolent struggle, then to force resignations in the financial sector and secure a criminal conviction of their prime minister for dereliction of duty.

How Swedes and Norwegians Broke the Power of the ‘1 Percent’
George Lakey – Waging Nonviolence, 30 Jan 2012

While many of us are working to ensure that the Occupy movement will have a lasting impact, it’s worthwhile to consider other countries where masses of people succeeded in nonviolently bringing about a high degree of democracy and economic justice. 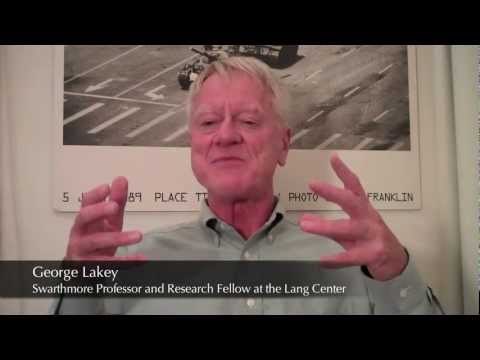 George Lakey, renowned peace activist and visiting professor at Swarthmore College, presents the launch of the Global Nonviolent Action Database, which catalogs the successes and failures of nonviolent direct action campaigns across the entire globe, throughout the course of human history.