28 Sep 2019 – A Spanish defense and security contractor hired to protect the Ecuadorian Embassy in London spied on Julian Assange on behalf of US intelligence while the WikiLeaks’ founder and editor was living there.

A report in the Spanish newspaper El País reported early Friday [27 Sep] that it had access to statements and documents that show David Morales, the owner of Undercover Global S.L., handed over audio and video to the CIA of meetings between Julian Assange and his lawyers and collaborators. The evidence is part of an investigation by Spain’s High Court, the Audiencia Nacional, into Morales and his relationship with US intelligence. 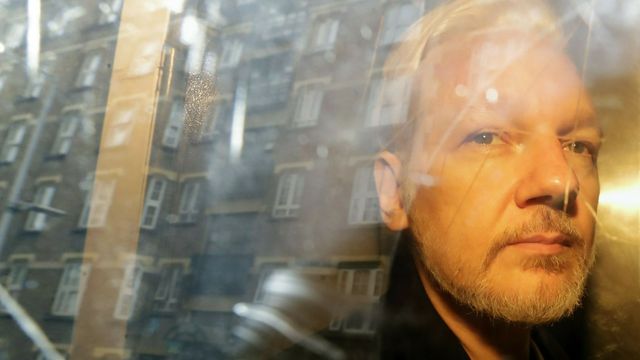 The up-to-now secret investigation into Undercover Global is the result of a criminal complaint filed by Julian Assange. In his filing, Assange accused Morales and his firm of violating privacy rights and laws protecting client-attorney privileges. Assange’s complaint also charges Undercover Global with misappropriation, bribery and money laundering.

The El País report states that Morales is a former member of the Spanish military “who is on leave of absence.” The report says Morales “stated both verbally and in writing to a number of his employees that, despite having been hired by the government of then-Ecuadorian President Rafael Correa, he also worked ‘for the Americans.’”

Morales is also quoted as telling his closest colleagues “we are playing in another league, this is the first division,” after he returned from a security conference in Las Vegas, Nevada in 2015 where he made his initial contacts with US intelligence.

Although Undercover Global, which is headquartered in the southern Spanish city of Jerez de la Frontera, had been contracted by the Ecuadorian intelligence service Senain to protect the embassy, Morales repeatedly told his employees “to keep his relationship with the US intelligence services a secret.”

The report provides extensive details of the exchange of recordings between Undercover Global and the US government. In one significant instance, a meeting on December 21, 2017 between Assange and the head of Ecuadorian secret service Rommy Vallejo was taped by Morales’s firm and handed over the US. In this meeting, a plan was discussed to have Assange exit the embassy using a diplomatic passport and travel to a third country. Only a handful of people, including lawyers from Australia, even knew about the plan.

Hours after the meeting, the US ambassador informed Ecuadorian authorities about the plan and the following day an international warrant was put out for the Assange’s arrest. Fortunately, Assange had already rejected the proposal on the grounds that to act in such a manner would appear to be a defeat and fuel conspiracy theories about his relationships and motivations.

As proof of the collaboration of Undercover Global with the US, El País quotes a close associate of Morales saying, “It is absurd to spy on who has hired you if you are not going to hand that material over to another country.”

The El País report explains that new video cameras were installed in the Ecuadorian embassy in early December 2017. Morales requested that an external streaming access point be included “so that all of the recordings could be accessed instantly by the United States.” Microphones were also installed in the fire extinguishers and other decorative elements in the embassy.

Microphones were installed in the women’s bathrooms where Assange’s lawyers would frequently meet in order to avoid being spied upon. Those recorded included the Spaniard Aitor Martínez and Assange’s closest collaborators, as well as his lawyers Melynda Taylor, Jennifer Robinson and Baltasar Garzón.

Once Lenín Moreno assumed the Presidency of Ecuador in May 2017, the spying on Julian Assange in the embassy—where the WikiLeaks publisher sought refuge in June 2012 and was granted political asylum as protection against extradition to the US—was stepped up. At that point, Morales began making regular trips to New York City and Washington DC, which were confirmed by El País .

Julian Assange is currently being held in the maximum-security prison Belmarsh in London where he has been since his eviction by Moreno from the embassy on April 11. Despite having served his sentence for ostensibly absconding on bail when he exercised his right to seek political asylum with Ecuador, Assange is being held indefinitely by order of a British judge until his extradition hearing scheduled for February 25, 2020.