Technology Was Supposed to Make Us More Capable. Instead It Has Made Us Scarily Dependent 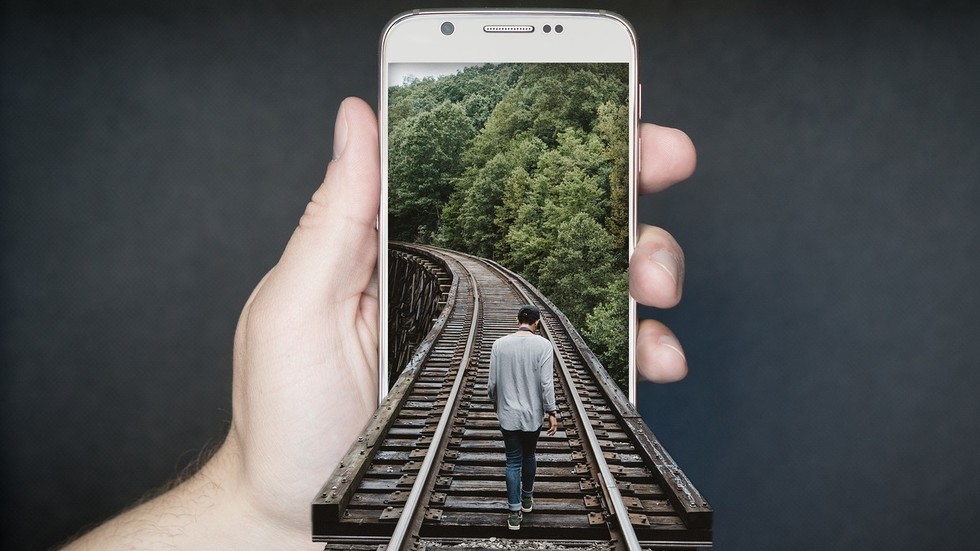 25 Sep 2019 – The promise of technology, we were once told, is to liberate us to achieve our true potential. But it’s becoming clear that our current technological direction is only making us hopelessly dependent on technology.

For much of post-industrial-revolution human history, technology has been synonymous with progress, held up as the key toward liberating humanity from life’s daily drudgery. Technology has promised to make things easier and elevate the species. But much technology emerging today has only increased our dependence on technology by rendering obsolete many of the skills we once relied upon.

Also: Get out of my face! Facial recognition technology could enslave mankind like never before

In the US, many drivers can’t operate a car with a manual transmission. Less than 3 percent of cars are sold with them, a shift – no pun intended – which took place in less than a generation, such that most people learning how to drive in the US in 2019 have no idea how to operate a manual transmission and can’t see why they should want to – until they visit Europe or Asia and find that 80 percent of cars still use manual shifts.

Many cars currently on the market are equipped with technology that warns the driver when an object is close to the front or rear to avoid crashes. Most include rearview cameras to aid in parking, or “crash control” that automatically applies the brakes when coming too close to another car, and some can park themselves. Some come with “distracted driver” warnings aimed at stopping the driver from using their phone or otherwise taking their eyes off the road. These features all have the “benefit” of making driving easier – but also give the driver less control over the car. And some features, like the tracking devices recently found to be installed in Mercedes, are downright malevolent.

As cars go driverless, the next generation of operators (can’t really call them drivers) will wonder why anyone would want to learn how to drive a vehicle themselves, when AI can do it perfectly fine. Until the day their car doesn’t start and its menacing voice emits from the speakers: “I’m afraid I can’t let you drive there, Dave.” It only becomes apparent how critical these seemingly useless skills are when a crisis occurs and they aren’t there. Today’s internet-connected vehicles can be remotely hacked and controlled – but would a driver know how to operate them without the benefits that come through an internet connection?

Even simple skills like wayfinding have been outsourced to technology. A glance at Twitter during a Google Maps outage is a window on an existential crisis, as people even in their own home cities apparently find it difficult to get around. Cab drivers are supposed to be able to find their way around their own cities, but the siren call of Google Maps and its subsidiary Waze is too much to resist for some.

Outsourcing our memories to Google has its perils. Google searches no longer pull up the most accurate and relevant information, as multiple whistleblowers have revealed, yet people still refer to the search engine to settle arguments, refresh their memory on details, and otherwise expand their knowledge. This is George Orwell’s “memory hole” on steroids: if you Google an event you remember, and nothing shows up, did it really happen? Psychologists have noted the powerful role suggestion plays in the creation of false memories – if Google serves up a description of a past event written to obscure rather than reveal the truth, the searcher is just as likely to believe it as if it was the truth.

One of the most serious problems with the algorithms that dictate so much of our lives is that they are perceived as impartial, bloodless computerized things when they are the product of real human programmers with their own motivations. While in many cases the results are innocuous – wayfinding apps seek out the most direct route from point A to point B using a particular mode of transportation, without (for now) attempting to drag a person past businesses that have paid for the privilege – the products of the surveillance state reveal a definite bias. Facial recognition technology has a problem distinguishing between nonwhite faces, hiring algorithms discriminate against the poor, and Google – supposedly in an attempt to compensate for programmer biases – skews information as it forces its bizarro-world version of “fairness” down users’ throats.

Technological advances even affect the way we think through choosing the words we use. Gmail will finish your sentences for you, if you let it. Grammarly will scan your documents to ensure your grammar is correct, and spellcheck is a function writers have come to rely upon. How uneasy would you be if all these tools were taken away? What if you’d had 10 years to become accustomed to, dependent on, those tools? To say nothing of 5G, voice to skull technology, and Elon Musk’s Neuralink – all of which will allow for the actual implantation of thoughts in one’s mind.

Technology can be a means to achieve great things, but without guidance, it can set a society hurtling toward dystopia. A survey last month of 2,000 British adults found respondents lost their patience after just 16 seconds of waiting for a webpage to load, and start screaming at their computer if a TV show or movie doesn’t load within 22 seconds. They couldn’t even wait 28 seconds for a tea kettle to boil. And if an “important” email isn’t replied to in 90 minutes, that’s “too long.” Most of the respondents blamed their loss of patience on technology.

Humans have shorter attention spans than goldfish, according to a study from 2015 – meaning the 8 seconds found among those study subjects has probably shortened still further in the intervening years. In that study, 77 percent of 18-to-24 year olds answered “yes” to whether they reached for their phone if nothing was occupying their attention. This is perhaps the most ominous accomplishment of technology – it has rendered us incapable of being alone with ourselves.

And technology can also keep us from others. As social interaction unfolds on platforms like Facebook and Twitter – notorious in recent years for blocking and banning people for expressing pointed political opinions – those exiled from these bland techno-utopias find it difficult to communicate with friends who are still on the platforms. Some feel professional repercussions, as well – it’s difficult to get hired for many jobs without a Facebook to “prove” your identity and reputation are up to snuff. And interacting with friends online does not have the same health benefits as interacting with friends in real life – too much time on social media has been linked to depression, anxiety, and loneliness, while time spent with friends in real life lowers the risk of dementia.

The internet began as a surveillance technology, and it’s important to remember this whenever we cede control of some aspect of our lives to it. A government looking to implement a technological control grid would be wise to convince those who are to be controlled that they need it, want it, can’t live without it – and this process is even easier if they truly can’t live without it. The unquestioning embrace of technology will ultimately rob us of our humanity – a feature, not a bug, according to those AI evangelists eager to “merge” with the machines. Is this a tradeoff we want to make?