Get Out of My Face! Facial Recognition Technology Could Enslave Humankind like Never Before 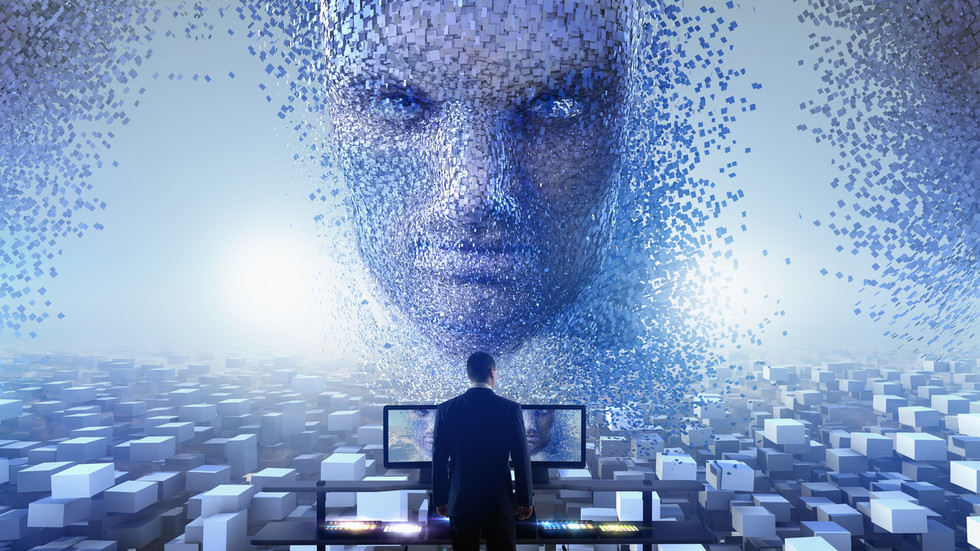 12 Sep 2019 – Advertised as the latest tool to give shoppers more convenience, facial recognition comes with deep costs to privacy and security. Indeed, can anyone remember Silicon Valley asking for permission to use your face?

Mankind has long feared that some totalitarian state, as vividly described by visionary writers like George Orwell (1984), Aldous Huxley (Brave New World), and Yevgeny Zamyatin (We), will ultimately arise and enslave him in an inescapable technological dystopia.

However, it is not usually the technology, an inherently neutral force, which men fear most; the deep distrust is directed at the shadowy individuals behind the curtain who may be tempted to use their tinkering prowess for ulterior motives, like crushing human freedom underfoot.

Consider, for example, how futurists warned of the day when consumers would voluntarily line up for the pleasure of being ‘microchipped’ so as to more efficiently access the ‘matrix’ with a magical wave of the hand. Well, that drop of derangement has already seen the light of day. The technology, injected under the skin, was thought to be the end game, the so-called ‘mark of the beast’ according to some apocalyptic critics, as far as personal freedom is concerned. Unless human beings submitted to being electronically chipped, the doomsayers say, they would be barred from engaging in vital social activities, including shopping, banking or using the Internet. In effect a death sentence.

Today, however, with radical advances being made in the field of facial recognition technologies, it looks as though the promising chip has met its match.

In a recent article by Market Watch, a new ‘frictionless’ consumer dawn is on the horizon where cumbersome accessories like wallets and purses, together with the outdated cash and credit cards they hold, will be replaced by a payment scheme known as the “biometric mobile wallet.” Sounds like the ultimate gift this holiday season, right? Well, think again. First of all, the name of the technology is very misleading since there is no leather billfold to wrap up and place under the Christmas tree. That’s because the system works off an individual’s distinctive bodily features, face, fingerprints and retinas. In other words, the ultimate ‘face control.’

As to be expected, the article heaps boundless praise on the technology, which is on the verge of going live. Soon, harried shoppers will no longer have to fumble around in their purses to find their credit cards. Just stare blankly into the “in-store facial recognition machines” and you’re on your way. In addition to that small convenience it provides the consumer, it also has the added ‘advantage’ of making people spend more money, since the ‘frictionless’ transaction gives the illusion, and a potentially dangerous one at that considering the US consumer’s outstanding debt burden, that no dirty money has traded hands.

Still, something doesn’t feel right. Perhaps it has to do with the summary of the article, which says that the deployment of facial recognition will remove “the last physical barrier between our bodies and Corporate America.” I felt the urge to take a very hot shower after reading that line. And later in the same article, the creep factor went into overdrive with a similar quote by Aram Sinnreich, associate professor of communication studies at American University.

“Every technological necessity exists in the real world and is used commercially,” Sinnreich said matter-of-factly. “It’s the neoliberal takeover of the human body.”

Yet another loaded comment, and one that screams ‘enslavement’ minus the unfashionable chains of yesteryear. The question is, who will exactly benefit from this so-called “technological necessity” and to what end? The only real benefits that I can see from facial recognition, at least from the consumers’ perspective, are that people no longer have to worry about losing their wallets, or wasting an extra 30 seconds using their credit cards.

Homeland Security fuses all biometric data on an Amazon server – what could go wrong?

But do those small advantages outweigh massive concerns over ‘identity theft,’ for example? After all, while it remains relatively easy to cancel a stolen credit card, how exactly does one cancel their facial features? Moreover, what if my own personal views clash with those of the “neoliberals” who, as the headline of the article openly admits, own everyone’s facial features? Will my ability to buy food, access my smart phone and book a flight be impeded by the Silicon Valley overlords? Who will stop them?

To get an idea where the future of facial recognition could be heading, one need only consider China, which is in the process of rolling out its so-called ‘Social Credit System,’ a fusion between ‘Big Data’ and ‘Big Brother’ that ranks its citizens on everything from their finances, to their social media behavior, to the books they are reading. Falling afoul of the system could have harsh consequences, like being denied the ability to purchase airline tickets or even getting a job. Facial recognition will play no small part in the development of this all-encompassing matrix that relies upon some 200 million surveillance cameras, and let’s face it, if the Chinese can find a way to electronically monitor their 1.3 billion people, then anyone can. After all, the same technology that identifies the lonely face in the crowd is the same one that allows users of Apple’s iPhone to access “Face ID” to unlock their phones.

Meanwhile, the Western world is gradually catching up to Chinese levels of mass surveillance. Of the top 10 cities in the world with the highest number of CCTV cameras, eight are located in China. However, the United States and the UK also ranked, with London taking sixth place, followed by Atlanta, Georgia grabbing the tenth spot.

Today, new facial recognition applications continue to expand exponentially. Computers are now able to measure the emotional state of motorists just by accessing their facial image. Will drivers be fined for ‘road rage’ even before an outburst occurs? Is this the sort of controlled world we want to inhabit where our identities and emotional states are tracked everywhere we go? Whatever the case may be, one thing is certain, IT companies have no intention of holding a referendum to determine how their users feel about this technology.

In a 2018 paper entitled, ‘The Data of You: Regulating Private Industry’s Collection of Biometric Information,’ attorney Hannah Zimmerman admits there is “no generally applicable federal law that regulates the private sector’s collection and use of biometric information in the US.” Given the upsurge in facial recognition implementation that is a worrying disclosure.

Zimmerman goes on to warn that businesses “already track consumers’ every move online for advertising and behavioral analysis purposes,” while the introduction of facial recognition would let them “track us in the real world.” Again, we are left to ponder the question: is this a desirable condition for human beings?

While the implications that arise from such technology are enormous, and not all necessarily negative, it stands to reason that safeguards must be established to ensure that people do not wake up one day to find themselves enslaved by the invisible chains of this new technology, which will only serve mankind’s best interests so long as its owners strive for that to happen. Thus far, their true intentions are not so obvious, and that unpredictability should be a source of concern to everyone.

Robert Bridge is an American writer and journalist. Former editor-in-chief of The Moscow News, he is author of the book, Midnight in the American Empire, released in 2013.