15 May 2022 – North Americans are being shepherded to the next emoji crusade – the latest being Russia’s special operation in Ukraine – like consumers waiting in line for junk food and Happy Meals. When does the mindless virtue-signaling end? 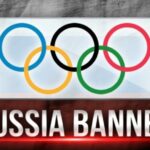 13 Dec 2019 – Clearly, the motivation here is to humiliate, provoke and punish Moscow by any means available – even on the field of dreams. 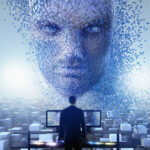 Get Out of My Face! Facial Recognition Technology Could Enslave Humankind like Never Before
Robert Bridge – RT, 16 Sep 2019

12 Sep 2019 – Advertised as the latest tool to give shoppers more convenience, facial recognition comes with deep costs to privacy and security. Indeed, can anyone remember Silicon Valley asking for permission to use your face? 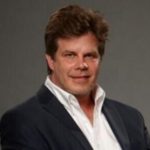 28 Jun 2019 – 70 years ago, the British writer George Orwell captured the essence of technology in its ability to shape our destinies in his seminal work, 1984. The tragedy of our times is that we have failed to heed his warning. 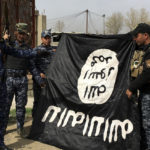 23 Jan 2018 – It’s that time of year again when the elite gather at Davos by day to tackle the many problems plaguing the planet. And then by night it’s back to hitting the slopes, sipping champagne and networking again.

5 Jun 2017 – Just like they’ve been doing every year since 1954, influential Bilderberg members – including journalists – assembled behind closed doors to hold off-the-record talks on a number of pressing global issues. The 2017 Bilderberg Meeting takes place 1-4 June in Chantilly VA, USA. A press release including the list of topics and participants can be found here.

9 Mar 2017 – Watching Washington attack one sovereign state after another since the collapse of the Soviet Union prompts the question: Are we Americans behaving out of some inherent aggression, or is this just old-fashioned empire building by a global superpower?

17 Jun 2016 – With US military bases breeding faster than McDonald’s franchises, and 28-member NATO smashing up against Russia’s border, antagonizing Moscow with war games, the West continues selling the pulp fiction of ‘Russian aggression’ to an increasingly suspect audience. Today, Russia is not taking any chances with the unpredictable global hegemon, whose list of nations it has invaded grows annually. But instead of throwing open the gates to the Western juggernaut, Russia has hedged its bets on long-term strategy, investing in strong national defense. And that is an “act of aggression” US-led NATO simply can’t tolerate.