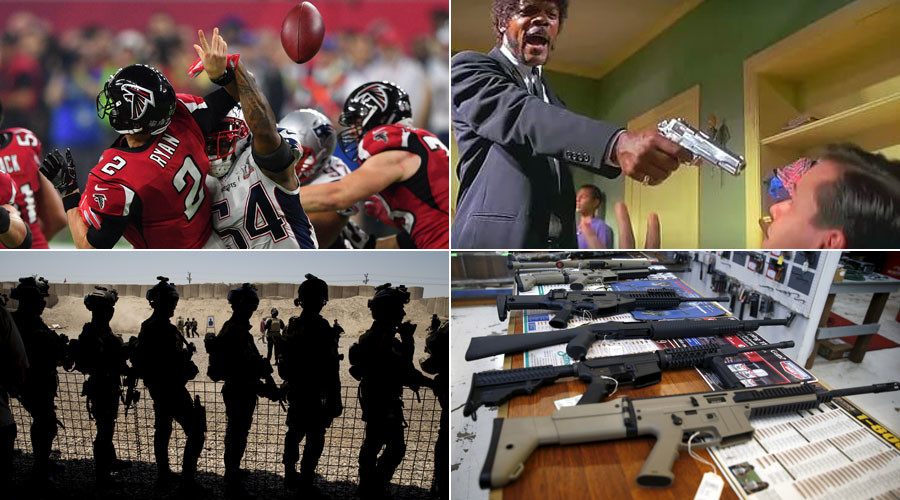 9 Mar 2017 – Watching Washington attack one sovereign state after another since the collapse of the Soviet Union prompts the question: Are we Americans behaving out of some inherent aggression, or is this just old-fashioned empire building by a global superpower?

Growing up in America is by nature an isolated event. Inhabiting a vast and diverse landmass with oceans for bookends, and Canada and Mexico as barely-tolerant neighbors, we are just secluded enough to possess a cultural superiority complex that makes us think everybody on the planet envies us.

Our leaders, outstanding public servants that they are, happily manipulate this blind patriotism to undertake heinous acts of unprovoked aggression around the planet. Many Americans, blissfully unaware as to what is being done to innocent people in their names, believe that all terrorists hate them just because of their freedoms.

And then… the cold, bracing slap of reality when we wake up and discover the painful truth.

It’s becoming impossible to ignore and explain how the United States is behaving in foreign lands, and especially those that have been blessed (cursed?) with an abundance of natural resources needed to fuel our oil-based power trip. We slap them with the ‘terrorist’ label and then proceed to methodically destroy them in true bully fashion. Indeed, America appears less the amiable police officer, twirling his baton and tipping his hat to mothers and children as he walks the global beat, and more a bloodthirsty opportunist who never misses a chance to avoid diplomacy when the option of war is knocking.

It is tedious listening to statistics, but for the benefit of those who were curled up inside a bomb shelter for the last year without a fresh news source, consider this: US President Barack Obama left office having been at war longer than any president in American history. Yes, America is a young, impetuous country, but that is still an amazing feat and not least because America’s first black president was awarded the Nobel Peace Prize just months into his tenure. But then again, the Norwegian Committee awarded Bob Dylan a Nobel Prize for Literature, so what were we really expecting?

Medea Benjamin, co-founder of CodePink, summed up the Obama regime in the Guardian:

“While candidate Obama came to office pledging to end George W. Bush’s wars, he leaves office… the only president to serve two complete terms with the nation at war.

Benjamin admits that Obama reduced the number of US soldiers fighting in Afghanistan and Iraq, but that is not the same thing as promoting peace. Obama

“dramatically expanded the air wars and the use of special operations forces around the globe. In 2016, US special operators could be found in 70 percent of the world’s nations, 138 countries – a staggering jump of 130 percent since the days of the Bush administration.”

Micah Zenko, a member of the influential Council on Foreign Relations, reported that in Obama’s last year in office, the US military “dropped 26,171 bombs in seven countries.” Zenko explains, however, that estimate is

“undoubtedly low, considering reliable data is only available for airstrikes in Pakistan, Yemen, Somalia, and Libya, and a single ‘strike,’ according to the Pentagon’s definition, can involve multiple bombs or munitions.”

This column, however, is not meant to criticize the policies of any one president or party. After all, it has become second nature to blame failed US foreign policy on this or that particular leader – presidents who invariably hail from either the Democrats or Republicans. In other words, two heads of the same venomous snake. Regardless of what war party holds the White House, the American thirst for aggression has not taken a drink for decades.

‘The US Republicans & Democrats are both addicted to war and militarism’ – National Coordinator of Answer Coalition https://t.co/ET90hAVQnq

Instead of lambasting US foreign policy and presidents, which has got us nowhere, I’d like to consider a question – or rather start a conversation – that will be impossible to finish here: Are Americans a naturally aggressive people? Before you bark out, ‘F*ck NO!’ consider this startling fact: The United States has been at war 93 percent of the time – 222 out of 239 years – since 1776. Yes, from fighting Native American Indians (who would certainly have been branded ‘terrorists’ had the dubious term existed then), Mexicans and assorted European colonial powers, America is rarely at peace, and least of all with itself. During one of its many expansionist moods, it even attempted an invasion of Canada in 1812, before limping back home momentarily humbled.

Incidentally, among the numerous wars the United States has been involved in over the last two centuries, none can compare to the death toll when Americans fought against themselves. In the Civil War (1861-1865) some 620,000 Americans lost their lives, a toll that surpassed the number of Americans killed in World Wars I & II combined (521,000).

More to the point, from the jungles of Vietnam to the deserts of Mesopotamia, America rarely goes to war to defend itself, but rather to pursue its global hegemonic and strategic interests. But does that automatically mean Americans are “hardwired for war and aggression,” or is it simply a case of empire-building opportunism?

My personal opinion is ‘yes’, there is something about Americans that makes us more prone to lash out physically than other people on this finite planet, where we must all find a way to live in peace – or suffer the consequences – which could be in the shape of a mushroom cloud on the horizon. However, this could just be due to our impulsiveness of being a young nation trying to find its way, a bit like a reckless, rambunctious puppy that didn’t intend to trash the living room; it just happened. Or, on the other hand, it could be something more complex.

Our national history notwithstanding, which is filled with endless chapters of war and bloodshed, there is something deep inside American culture, I believe, that leans heavily towards the violent that cannot be easily explained away as the ‘immaturity’ of youthfulness. Hollywood, for example, the world’s factory when it comes to entertainment, has practically written the script on violent films that other countries now feel somehow obliged to imitate.

The 1990s saw the rise of a sleek and stylish ‘new violence’ – perhaps best characterized by the work of Quentin Tarantino, who directed such family favorites as Pulp Fiction, Reservoir Dogs and Kill Bill. Groundbreaking film-making, many would argue, but the sheer level of ultra-violence accompanying such productions cannot be denied.

It seems there would be a price to pay for all of this gratuitous destructiveness. And so there was.

As J. David Slocum wrote in his book, ‘Violence and American Cinema’,

“Later in the 1990s a spate of school shootings, culminating in the shooting deaths of fifteen at Columbine High School, in Littleton, Colorado, forcibly renewed discussions about the role of violent films and other media in the development of American children and adolescents.”

Aside from the murders themselves, there are some disturbing aspects about the Columbine massacre that are revealing. As Bill Korach wrote in the Report Card blog,

“On April 20, 1999, Eric Harris and Dylan Klebold launched an assault on Columbine High School… murdering 13 and wounding 23 before turning the guns on themselves. Although it is impossible to know exactly what caused these teens to attack their own classmates and teachers, a number of factors probably were involved. One possible contributing factor is violent video games. Harris and Klebold enjoyed playing the bloody, shoot-’em-up video game Doom, a game licensed by the U.S. military to train soldiers to effectively kill… “

Does that prove Americans are “hardwired for war and aggression?” It’s hard to say, but there were other glaring factors at play in America’s worst mass shooting. As director Michael Moore famously noted in his film ‘Bowling for Columbine’, there was a telling connection between the tragedy in Columbine and a US battlefield thousands of miles away in a place once known as Yugoslavia.

“Moore uses the Kosovo conflict and the illegal US and NATO bombing of Yugoslavia in 1999 to show the connection between a society and culture of violence and the implications for US foreign policy. The bombing of Serbia by the US is central to the plot of the Oscar-winning movie ‘Bowling for Columbine’. Kosovo is central to the movie.

In the key scene of the movie, the date “April 20, 1999” flashes on the screen. This was the day of the Columbine shooting. This was also the “largest one day bombing by the U.S. in the Kosovo war,” Savich wrote.

There are other cultural cues we may consider regarding American violence. For example, America’s most popular sport, football, not to be confused with European ‘soccer,’ which is arguably the world’s most violent sport.

Here is one of those ‘chicken and the egg’ quandaries as to what came first. Was it due to a natural tendency for violence and aggression that led Americans to invent the game of football, a hugely-popular entertainment sport that requires head-to-toe protective gear to avoid serious injury, or was it the game itself that helped spawn a more violent society, which, by the way, now has more guns than people?

First, I find it rather telling that America’s favorite sport has never managed to take root globally in the way it has in the United States. In America, no school – from grade school to the university level – would be caught dead without a football team and football field to boast of. In fact, I’d say if a school had to choose between football jerseys or books, most school boards would choose the former.

It would be difficult for non-Americans to really appreciate the massive popularity of football in the US. Personally, I can think of no other spectacle that unites the country like this game. As of 2012, over 1 million American high school athletes and 70,000 college athletes play the sport in the US annually. Meanwhile the Super Bowl ranks among the most-watched sporting events in the world. And every weekend, from coast to coast, Americans gather to watch grade school and high school kids knocking heads to college-level and professional athletes doing the very same thing. Meanwhile, many would agree that the most popular and respected kids in American schools are not the smartest and brainiest – the ‘nerds’ – but rather the swiftest, fastest and strongest on the field of dreams. Support them or not, the jocks rule campuses.

Do these cultural predilections that lean towards open violence translate into Americans being naturally aggressive and more prone to engage in warfare? That is a question I think Americans are better qualified than anybody to answer. As US-led wars continue around the globe, it may be good time to open a discussion on the matter. 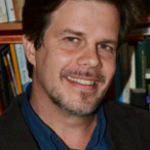 Robert Bridge, an American writer and journalist based in Moscow, is the author of the book on corporate power, Midnight in the American Empire released in 2013.

4 Responses to “Bully Nation: Is America Hardwired for War & Aggression?”