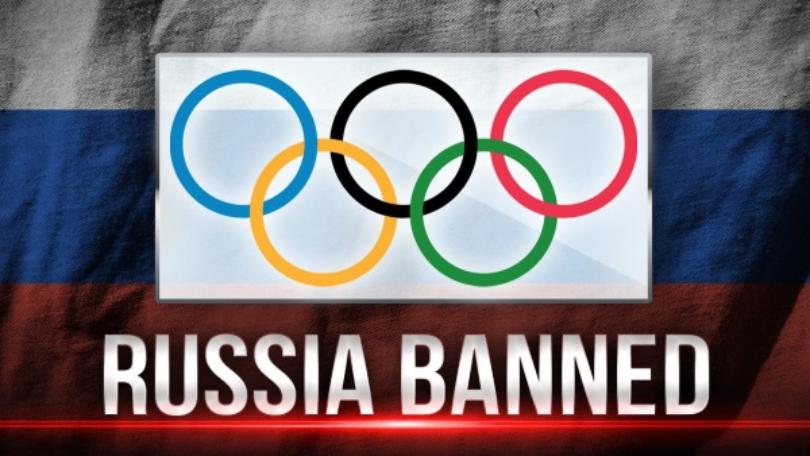 13 Dec 2019 – Once again, Russia is suffering from the tainted judgment of non-transparent Western institutions, this time from the World Anti-Doping Agency, which just banned Russia from all international sporting events. The reason for the arbitrary judgment should surprise no one.

The globalists certainly never banked on Russia rising so fast and furious from the ruins of the Soviet Union to the point where it is now in the position to deter Western intrigues around the world. This was witnessed first and foremost in the miraculously recovering hot-spot of Syria – which, unlike the tragic fate that awaited doomed countries like Ukraine, Iraq and Libya – managed at the 11th hour to escape the jaws of NATO’s regime-change juggernaut. Syria’s salvation was due overwhelmingly to Russian military and diplomatic intervention.

Moscow’s efforts, which could best be described as humanitarian in nature, did not come without a price tag for Russia on the propaganda front. From being wrongly accused of meddling in the 2016 US presidential elections, to being unjustly blamed by a Dutch-led probe for the downing of Flight MH17, it is more than apparent that Russia is under full-scale fake news attack.

Here’s what the WADA ban means for Russia ⬇️https://t.co/HYqkT7nauG

This week proved no exception as the West’s anti-Russia machine shifted into overdrive as the World Anti-Doping Agency slapped Russia with a ban from all international sporting events – including the 2020 Tokyo Games and the 2022 World Cup – for four years. The reason is exactly the same as it was ahead of the 2018 PyeongChang Winter Games: the alleged tampering in Moscow of athletes’ laboratory drug-test results. Russia has vehemently denied that any manipulations occurred inside of its labs, and vowed to appeal the decision.

Clearly, the motivation here is to humiliate, provoke and punish Moscow by any means available – even on the field of dreams. Any Russian athlete who wishes to challenge the verdict and participate in the upcoming Games will be required to “prove their innocence” first. If they pass that stage and are allowed to compete, they will not be permitted to don the Russian tricolors, nor will the Russian national anthem be played. Russian athletes, who will be branded as ‘Olympic Athlete from Russia,’ will have to settle for pledging allegiance to the generic Olympic flag as opposed to the Russian national flag. If ever there were a litmus test for a One World globalist government, where athletes play for some singular monolithic entity, this might just be it.

Says UCL final in St. Peterbsurg unlikely to be moved

Aside from punishing Moscow for scuttling Western designs in Syria and beyond (incidentally, news of WADA’s ban came just as Vladimir Putin was sitting down in Paris for the Normandy Four summit with Angela Merkel, Volodymyr Zelensky and Emmanuel Macron in an effort to stabilize the situation in Eastern Ukraine, as well as relations between Moscow and Kiev), the Western capitals have never quite recovered from Russia’s flawless handling of the 2018 World Cup, hosted by 11 Russian cities and visited by an estimated 3 million fans from around the world.

Here was a golden opportunity for Russia to prove firsthand that the Western media has been portraying Russia in a completely misleading light for many years. And much to everyone’s apparent surprise it worked. In what amounted to a massive PR disaster for the Western world, those millions of visitors took home with them glowingly positive reviews about Russia and the Russian people, thereby flushing many years of Western anti-Russia propaganda down the proverbial toilet.

According to FIFA President Gianni Infantino: “Everyone discovered a beautiful country, a welcoming country that is keen to show the world that everything that has been said before might not be true. A lot of preconceived ideas have been changed because people have seen the true nature of Russia.”

Infantino also went on record as calling Russia 2018 “the best World Cup ever.”

Needless to say, the Western policymakers would like nothing more than to deny Russia from receiving any further global accolades in the future.

Danny Armstrong, a Moscow-based sports commentator for RT, described the folly of attempting to ban Russia from Euro 2020 next year, where four games are already scheduled to be held in St. Petersburg.

“Would fans, organizers and commentators be banned from stating they are in Russia? We’re do you draw the line?

“I think given that this level of scrutiny isn’t generally applied to other nations and the cynical calls for heightened stringency from USADA in reaction – who has had more than its fair share of doping scandals – there’s more than a whiff of motivation to potentially eliminate a rival,” Armstrong said via email.

Just had a very good meeting with Foreign Minister Sergey Lavrov and representatives of Russia. Discussed many items including Trade, Iran, North Korea, INF Treaty, Nuclear Arms Control, and Election Meddling. Look forward to continuing our dialogue in the near future! pic.twitter.com/tHecH9a9ck

Russian Foreign Minister Sergey Lavrov, who was meeting with Donald Trump in side of the Oval Office when the WADA decision was made public, couldn’t resist taking some cracks at members of Congress who predictably criticized the high-ranking Russian delegation being invited to the White House.

“If [Adam] Schiff can describe the ministerial-level contacts normal to any country and my meeting with the president in such a way, then I believe that they will soon accuse our diplomats, just as they have our athletes, of doping and call for criminal punishment,” Lavrov told reporters.

Although it is certainly a positive sign to see one of the highest ranking Kremlin officials respond to these ongoing attacks against Russia in a tongue-in-cheek manner, fully aware of the derangement syndrome that is motivating them, there can be no doubt that such actions against Russia are being viewed in Moscow as passive forms of very real aggression that cannot go unchallenged forever.

In other words, the world should be very wary of the other shoe dropping when that shoe belongs to a nuclear-armed military power whose patience must be wearing very thin.