We Aren’t Terrified Enough about Losing the Amazon

Scientists aren’t sure if there’s a tipping point, or how close we are to it – but it would be “absolutely catastrophic” if we cross it. 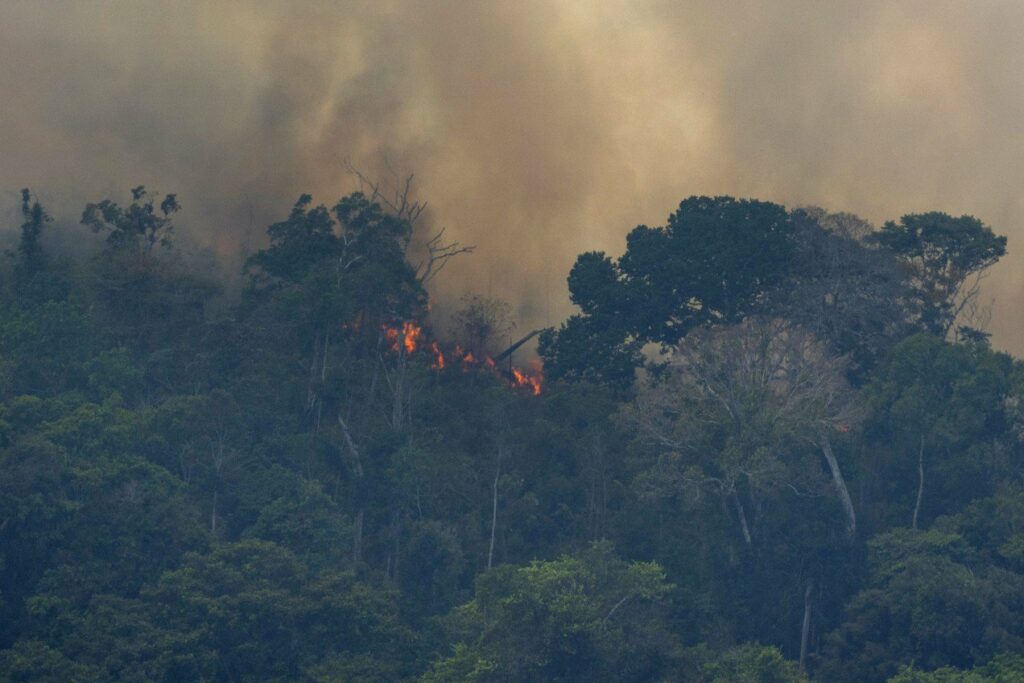 26 Aug 2019 – With fires raging in the Brazilian Amazon this year, media reports have resurfaced a scary scenario known as “the Amazon dieback.”

The idea is that a certain level of deforestation will push the world’s largest rainforest to a tipping point, where spiraling feedback effects convert much of the forest into savannah. The massive greenhouse gas sponge, which holds around 17% of the world’s carbon trapped in vegetation on land, would suddenly become a major source of it.

That would be a monumental catastrophe. But how real of a danger is it?

Well, scientists can’t exactly say. Some models show the phenomenon, some don’t. Where some researchers detect a tipping point in the data—which technically means it would continue on its own even if the forces that first drove it fade away—others see merely progressive deterioration that could be halted. Still other studies have found such a phenomenon would most likely convert rainforest into seasonal forest, rather than savannah.

So what should we do in the face of this kind of scientific uncertainty? Like other climate tipping points, which are unpredictable and essentially irreversible once reached, we should err on the side of caution.

“Even if it’s a remote possibility, we cannot afford to ignore it,” says Jonathan Foley, executive director of Project Drawdown, a research group focused on decarbonization. “It would be absolutely catastrophic to the Earth’s carbon cycle, water cycle, climate, and biodiversity—not to mention the people who live there.”

Why would it happen at all?

The Amazon produces around half of its own rainfall, by continually recycling moisture through evaporation and transpiration as air moves across the basin. So the concern is that as the forest shrinks, it would generate less and less rain. That would kill off ever more trees in a vicious loop that ends with large portions of the forests turning into grassy plains, in what’s technically known as “savannafication.”

The United Nation’s climate report in 2014 noted that climate change alone wouldn’t likely lead to widespread forest loss in the Amazon this century. But coupling the severe droughts it could cause with wildfires and land use changes, like chopping or burning down forests for cattle grazing land, “would cause much of the Amazon forest to transform to less dense, drought- and fire-adapted ecosystems,” the IPCC analysis states. That, in turn, could diminish the forest’s ability to remove carbon dioxide from the atmosphere.

All of this, of course, is happening. As noted above, fires have risen sharply in the Brazilian Amazon this year, some of which seem to have been set by farmers emboldened by the rhetoric and policies of far-right President Jair Bolsonaro. (See “The Brazilian Amazon is on fire—here’s why that’s bad news for the planet.”) There were also severe droughts in 2005, 2010, and 2015.

Are we nearing the tipping point?

A 2007 modeling study found that the loss of around 40% of the forest would reduce rainfall and extend the dry season in major parts of the Amazonia region, converting much of the eastern part into grassy plains where few trees can thrive. But a more recent Science Advances piece—co-authored by prominent Brazilian climate scientist Carlos Nobre, one of the researchers on the original paper—stated that as little as 20% to 25% deforestation could begin to trigger such changes.

So far, at least 17% of the Amazon has already been lost, Thomas Lovejoy, the other co-author and professor at George Mason University, said in an email. That suggests we might have a little as 3%, or on the order of tens of millions of hectares, to go.

In recent days, a number of researchers and commentators have taken pains to stress that fears about fires in Brazil were overblown, noting that they haven’t notably increased this year across the greater Amazon, and that deforestation rates are down from a decade ago.

All of that is true. But any rate of deforestation is still moving the world closer to those theoretical thresholds, and an uptick in the nation that encloses around 60% of the Amazon only gets us there faster.

As Nobre and Lovejoy wrote: “We believe that the sensible course is not only to strictly curb further deforestation, but also to build back a margin of safety against the Amazon tipping point, by reducing the deforested area to less than 20%, for the commonsense reason that there is no point in discovering the precise tipping point by tipping it.”

James Temple – I am the senior editor for energy at MIT Technology Review. I’m focused on renewable energy and the use of technology to combat climate change. Previously, I was a senior director at the Verge, deputy managing editor at Recode, and columnist at the San Francisco Chronicle. When I’m not writing about energy and climate change, I’m often hiking with my dog or shooting video of California landscapes.