10 Years of BRICS: What Keeps 5 Headstrong Powers Together in Times of Global Disunion 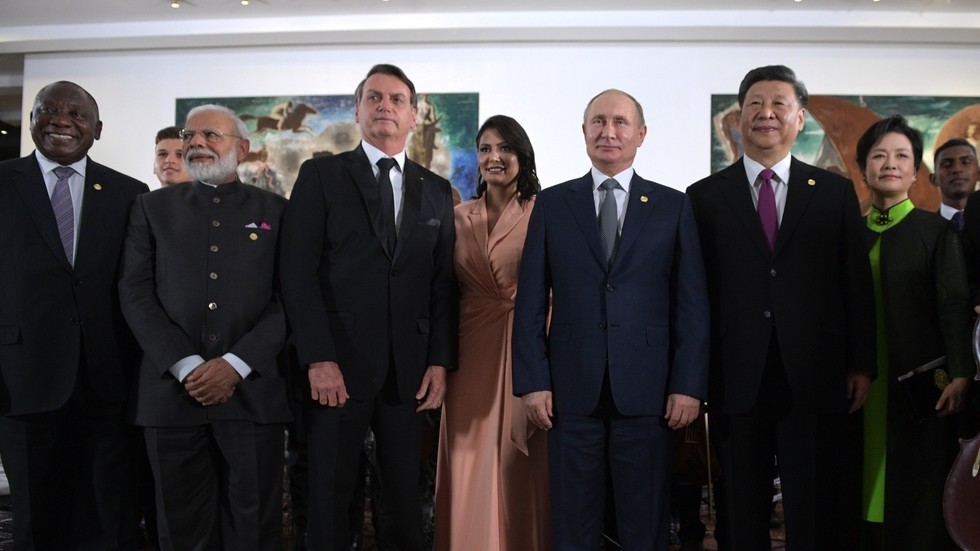 14 Nov 2019 – For the past 10 years, BRICS [Brazil, Russia, India, China, South Africa] has navigated dramatic turns in global politics and the economy to emerge as an association of countries that is likely to play a key role in a new world order.

As I’m writing this, the BRICS summit is going to an end in Brazil. This particular summit is significant not only because the association marks its 10th anniversary. This time, the most noteworthy aspect is the location.

Brazil is headed by Jair Bolsonaro, a man considered staunchly pro-American, and someone who passionately admires and even imitates Donald Trump. Bolsonaro’s sweeping victory in the presidential election last fall led some to speculate whether BRICS could lose its first letter.

Besides openly looking up to the US, the ex-army captain made a number of hostile remarks regarding China during his campaign, quite in the spirit of his American ‘prototype.’ One of his complaints was that Beijing has been economically enslaving Brazil and Latin America, in general. Another of his claims was that doing business with China is unprofitable.

Breaking from the mindset of the 20th century

BRICS emerged in a completely different era, so questions about its viability now are not ungrounded. However, there are no reasons to abandon the format. In today’s world, it is false to presume that all players must make some ultimate choice, join some bloc, and obediently follow this or that path. This kind of mindset belongs to the 20th century. Even if we view current events as a new edition of the Cold War, as many say, its structure and substance are different.

The concept of BRICS was coined as an investment PR move by Goldman Sachs, but it has since turned into a political entity, regardless of what the authors originally had in mind. BRICS was described as a number of different things, including an anti-hegemonic, i.e. anti-American group, a ‘prototype of the multipolar world,’ and so on.

In reality, however, it was never the case in any explicit way. None of the BRICS countries were ever interested in challenging the US. Russia came closer than others during times of tension, but even Moscow was cautious. This association, rather amorphous as we have to admit, has always had one common denominator that has been very significant. All five states are fully sovereign; they are capable of making their own decisions. You can do it if you do not join any binding alliances, have a clear understanding of your interests regionally and globally, and rely on a self-sufficient economic potential that enables you to implement the decisions you’ve made.

Each ‘letter’ of the acronym has different economic and political clout, each country has their fair share of domestic and external issues, but they do share the above-mentioned properties. Essentially, there are few economies in the world that can afford it, including the US. European countries and Japan, for instance, despite all their economic power, cannot boast full sovereignty as members of binding alliances.

Days of ‘hard-bloc’ discipline are over

Until recently, the association was looked upon as a copy of the ‘nonalignment movement.’ On one hand, you have a powerful Western political bloc (the Euro-Atlantic world with some countries from other regions clinging to it), and on the other, you have these independent players. These days, independence, the need to take sovereign decisions and work with multiple partners, flexibility, and finally ‘putting yourself first’ is the talk of the town. It now features high on the agenda in the US, the heart of the global system, and all the way to its allies in Europe and Asia.

While the allies have been getting increasingly weary of their US dependence, they are reluctant to cut it for various reasons. As it turns out, the non-affiliation of the BRICS states with any of the powerhouses, and the group’s free and informal nature aren’t necessarily a flaw, rather an advantage. No binding commitments, coordination only, and common grounds for talks. Also, you get a sense that you belong to a club of the most influential non-Western powers and decision-making centers, one way or another. Those decisions are unlikely to be coordinated but they can be if needed. The times of hard-bloc discipline are clearly over.

Plus: BRICS brings the chance of world change, as the US and EU obsess over internal battles

For this very reason, Bolsonaro cannot dislike BRICS. The brave nationalist seeks not to obey the US but rather to promote the ‘Brazil first’ slogan, in the spirit of his American idol. For him, being part of BRICS along with the most powerful politicians – and Xi, Putin, and Modi are definitely among them – is a way to emphasize his own significance, and that of his country.

The very idea behind BRICS is as appealing as ever amid recent developments. As I said earlier, the member states have never deliberately mounted opposition to the US. More than that, all the countries are closely linked to the US in different ways (less so for Russia but it has ties, too). Washington has embarked on a revisionist campaign undermining global economic and political stability. If they are to survive, the nations must work together to support stability. Under President Trump, the US feels unrestrained in exploiting its advantages, particularly control over the global financial system, in their own interests. The US president has been open about it.

Using sanctions to pressure other nations has become ubiquitous, and in many cases the US does not even bother to come up with any political motivation or excuse. If it is not in US interests, the other party is told to change its practice – or face penalties.

The vast majority of countries are getting increasingly confused about this practice since such punitive action targets US allies as much as its competitors. BRICS members are also unhappy about exposure to international financial and economic arrangements controlled by Washington, in contrast to the broad range of choices for sovereign action that they are accustomed to. So, when President Putin suggests expanding the use of national currencies in mutual trade, the audience is now more likely than ever to heed his call.

Throughout its history (it was established in 2006, with regular top-level summits since 2009), some dubbed BRICS as an alternative world order, while others discarded it as an artificial set-up that could collapse any time. Neither is true. What is true, however, is that it has survived for more than a decade, navigating dramatic turns in the global economy and politics. As a result, it is still an important platform for its members, and it makes perfect sense, particularly today. The global system is undergoing a deep transformation. In fact, the world order began drifting to a new state only today, after three decades of the extended 20th century, or rather three decades of attempts to adapt the institutions set up in the second half of the 20th century to new realities.

What the underlying principles for a new architecture will be remains to be seen. That is why an association of countries that will be shaping the world order under any scenario is worth maintaining. At least, until we can finally discern the contours of the new order.

Fyodor Lukyanov is the editor-in-chief of Russia in Global Affairs, chairman of the Presidium of the Council on Foreign and Defense Policy, and research director of the Valdai International Discussion Club.