A Brief Account of «the Destruction of the Indians» in Brazil

11 nov 2019 – Meditating on the PanAmazon Synod of October 2019, makes me remember what Bartolome de las Casas called «the destruction of the Indians» when he was dealing with Central America.

The first encounter of April 21, 1500, idyllically narrated by the chronicler Pero Vaz de Caminha, soon turned into a profound disappointment: due to the greed of the colonizers there was no reciprocity between the Portuguese and the Indigenous people. Rather, it was a confrontation, unequal and violent, with disastrous consequences for the future of all Native Nations. 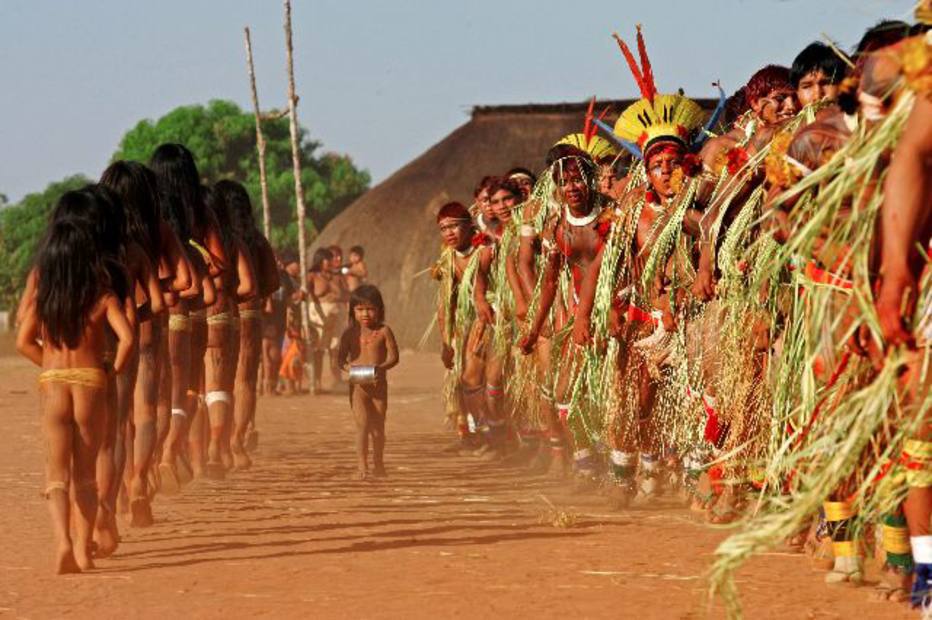 As in the entire Latin American continent, the Indigenous people were deprived of their status as human beings. Even in 1704, the Aguiras Chamber, in Ceara, Brazil, wrote in a letter to the king of Portugal that “there is no need for missions with these barbarians because they have only the form of humans, and whoever says anything different is clearly wrong.” Before Pope Paul III had to intervene, and with the Papal Bull Sublimis Deus of July 9, 1537, he proclaimed the absolute dignity of the Indigenous peoples as true human beings, free peoples and owners of their lands.

Due to the white invader’s diseases, against which the Indigenous people had no immunity: flu, chickenpox, measles, malaria and syphilis; to the Cross and the sword; the degradation of their lands, making hunting and farming impossible; because of slavery; the wars officially declared by Don João VI on May, 1808, against the Krenak in the Rio Dulce Valley; the systematic humiliation and denial of their identity… the five million indigenous were reduced to the current 930.000. The virtual eradication for political purposes of the Indigenous peoples was accomplished, either by forced acculturation, spontaneous and planed misogynistic practices, or by pure and simple genocide, much as Brazil’s General Governor, Mendes Sá, did with the Tupiniquim of Iheus: “The corpses were placed along the beaches, aligned in the extension of a legua.” In recent times, when the great highways and the hydroelectric damns in the Amazon were opened, chemical defoliants, helicopter attacks and low level flights of airplanes were used against the Indigenous populations, plus bacteria that were intentionally introduced.

We need quote only one paradigmatic example that reflects the logic of the “destruction of the Brazilian Indians”. In the beginning of the Twentieth century, when Dominican Friars created a Mission on the banks of the Araguaia River, 6 to 8.000 Kaiapo, were at war with the collectors of natural rubber of the region. By 1918 they had been reduced to 500. In 1927 there were 27, and in 1958 there was only one surviving Kaiapo. In 1962 the Kaiapo were declared extinct in the whole region.

With the annihilation of more than a thousand nations in 500 years of Brazilian history, a human inheritance, built over thousands of years of cultural work, dialogue with nature, creation of languages and construction of a world vision friendly to life and respectful of nature, disappeared forever. We are all poorer without them.

The nightmare of a Native Terena, related by one who knows well the souls of Brazilians and the Indigenous, shows the impact of this demographic devastation on people and nations: “I went to the old Guarani cemetery in the Reserve, and saw a big cross. Some white men came and nailed me face down to that cross. They left and I lay there, desperate, nailed to the cross. Suddenly I awoke, filled with fear” (Roberto Gambini, The Indigenous Mirror, (El espejo indio, Rio de Janeiro 1980, p. 9).

This fear, due to the continuous aggression of the barbarian white (who arrogantly calls himself civilized), has been converted in the Indigenous populations into terror of being exterminated forever from the face of the Earth.

Thanks to the Indigenous organizations and the new protectionist state laws, the support of civil society and the Churches, and to international pressure, the Indigenous nations are strengthening and growing in numbers. Their organizations reveal the high level of consciousness and articulation they have accomplished. They experience themselves as adult citizens who want to participate in the destiny of the national community, without renouncing their identity, cooperating with other historical subjects, sharing their cultural, ethical and spiritual wealth.

Still, the form of the Brazilian State, especially under the Bolsonaro government, is extremely offensive to their dignity. It threatens and mistreats them through its Indigenous policies, as if they were primitive and puerile. In fact, the Native people have an integrity that we Westerners, who are hostages to a paradigm of civilization that divides, atomizes and sets one against the other to totally dominate, have lost. The Indigenous people are the guardians of the sacred and complex unity of the human being with others, immersed in nature, of which we all are part and parcel. They preserve the happy consciousness of our belonging to the Whole and the eternal alliance between heaven and Earth, the origin of all things.

When, in October 1999, I encountered, in Umeo, the Samis,the Indigenous Norwegians, they first asked me a question before our conversation:

– Do the Brazilian Indigenous keep the marriage of heaven and Earth?

I immediately understood the question and firmly answered:

– But of course, they maintain this marriage, because from the marriage between heaven and Earth all things are born.

– “Then they still are as truly Indigenous as we. They are not like our brothers from Stockholm who have forgotten heaven and only stayed with the Earth. This is why they are unhappy and so many commit suicide. If we maintain the unity of heaven and Earth, of spirit and matter, the Great Spirit and the human spirit, we will then save humanity and our Great Mother Earth”.

That surely is the great mission of the Original Peoples and the enormous challenge to help us save our Pacha Mama, our Mother Earth, who generates and supports us all and without which nothing in this world is possible.

We need to listen to their message and join in their commitment, to be, as they are, witnesses to the beauty, wealth and vitality of Mother Earth.