American Horrors: Regime Change in Iraq to the Rise of ISIS (Podcast) 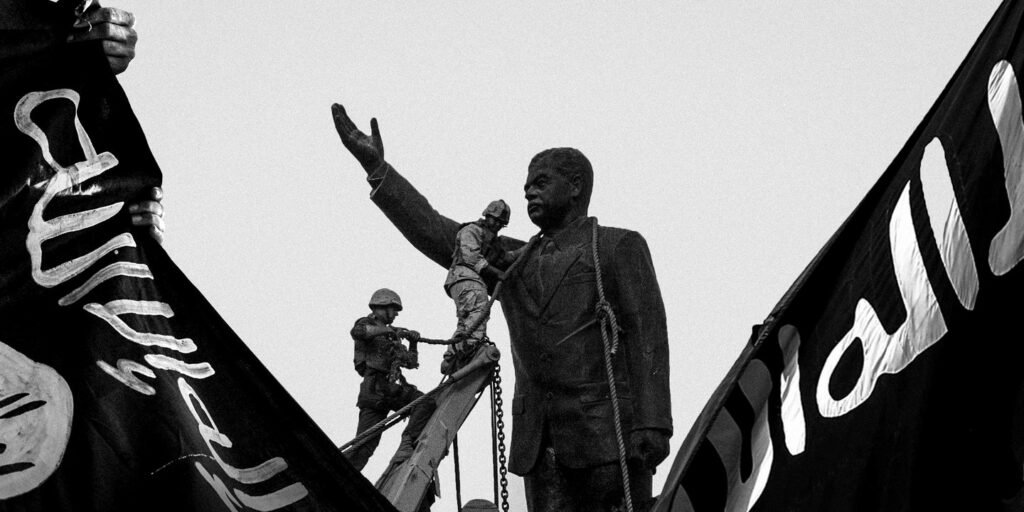 30 Oct 2019 – President Donald Trump is gloating over the reported death of Islamic State leader Abu Bakr al-Baghdadi. This week on Intercepted: Amid the grandstanding and partisan bickering, no one wants to talk about the decades of U.S. policy that helped give rise to ISIS and al-Qaeda. Jeremy Scahill discusses how U.S. policy opened a Pandora’s Box in Iraq and Syria. Islamic studies scholar Amanda Rogers discusses the actual founder of ISIS, Abu Musab al-Zarqawi, and how ISIS adopted tactics from the U.S. war on terror. War reporter Mike Giglio talks about his time on the ground covering ISIS. He documents the experience in his new book, Shatter the Nations: ISIS and the War for the Caliphate.

One Response to “American Horrors: Regime Change in Iraq to the Rise of ISIS (Podcast)”