China, USA and the Geopolitics of Lithium

18 Nov 2019 – For several years since the global push to develop mass-scale Electric Vehicles, the element Lithium has come into focus as a strategic metal. Demand is enormous in China, in the EU and in the USA at present, and securing control over lithium supplies is already developing its own geopolitics not unlike that for the control of oil. 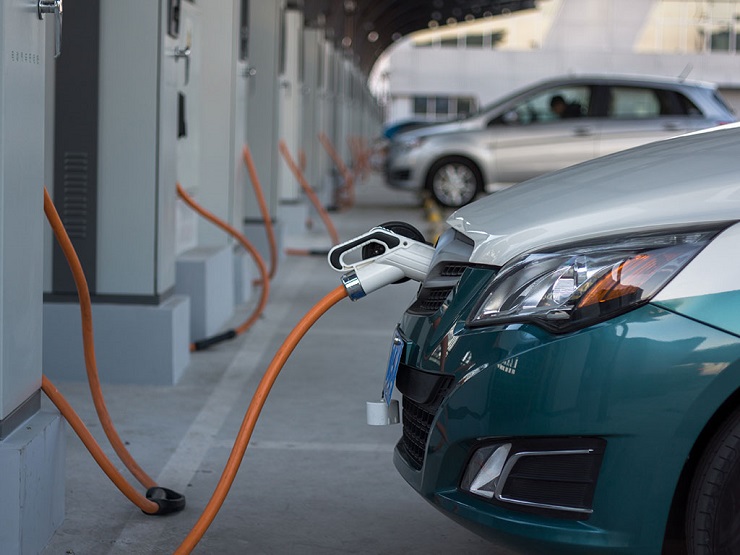 For China, which has set major targets to become the world’s largest  producer of EVs, developing lithium battery materials is a priority for the 13th Five-Year Plan (2016-20) period. Though China has its own lithium reserves, recovery is limited, and China has gone to secure lithium mining rights abroad.

Talison Lithium Inc. is the world’s largest primary lithium producer. Their Greenbushes site in Australia produces today some 75% of China’s lithium demands and about forty percent of world demand. This as well as other vital Australian raw materials, has made relations with Australia, traditionally a firm US ally, of strategic importance to Beijing. As well, China has become the largest trade partner for Australia.

However China’s growing economic influence in the Pacific around Australia led Prime Minister Scott Morrison to send a warning message to China not to challenge Australia’s strategic backyard region. In late 2017 Australia, with growing concern over expanding Chinese influence in the region, resumed informal cooperation in what is sometimes called the Quad,with USA, India and Japan, reviving an earlier attempt to check Chinese influence in the South Pacific. Australia has also recently stepped up lending to strategic Pacific island nations to counter China’s lending. All this clearly makes it imperative for China to go global to other sites to secure its lithium in order to become the key player in the emerging EV economy over the coming decade.

As development  of electric vehicles became priority in Chinese economic planning, the search for secure lithium turned to Chile,another major source of the lithium. There,China’s Tianqiis amassing a major share of Chile’s SociedadQuimica Y Minera (SQM), one of the world’s largest lithium producers. If China’s Tianqi succeeds in gaining control of SQM it will change the geopolitics of world lithium control according to mining industry reports.

The global supply of lithium metals, a strategic component of lithium-ion batteries used  to power electric vehicles (EVs) is concentrated in a very few countries.

To give an idea of lithium’s potential demand, the battery for Tesla’s Model S requires 63 kilograms of lithium carbonate, enough to power approximately 10,000 cell phone batteries. In a recent report, the Goldman Sachs bank has called lithium carbonate the new gasoline. Only a 1 per cent increase in electric vehicle production could increase lithium demand by more than 40 per cent of current global production, according to Goldman Sachs. With many governments demanding lower CO2 emission, the global auto industry is expanding plans for EVs massively over the coming decade, which will make lithium potentially as strategic as oil is today.

Since 2015 a Chinese mining company, CAMC Engineering Company, has been operating a large plant in Bolivia to produce potassium chloride as fertilizer. What CAMC downplays is the fact that beneath the potassium chloride are the largest known lithium reserves in the world in Salar de Uyuni salt flats, one of 22 such salt flats in Bolivia. China’s Linyi Dake Trade in 2014 constructed a lithium battery pilot plant on the same site.

Then in February 2019 the Morales government signed another lithium deal, this with China’s Xinjiang TBEA Group Co Ltd who will hold a 49 percent stake in a planned joint venture with Bolivia’s state lithium company YLB. That deal is to produce lithium and other materials from the Coipasa and PastosGrandes salt flats and would cost an estimated $2.3 billion.

In terms of lithium, China so far dominates the global new Great Game for control. Chinese entities now control nearly half of global lithium production and 60 percent of the electric battery production capacity. Within a decade, Goldman Sachs predicts China could supply 60 percent of the world’s EVs. In short lithium is a strategic priority for Beijing.

The other major actor in the global lithium mining world today is the United States. Albemarle, a Charlotte, North Carolina company with an impressive board of directors, has major lithium mining in Australia and Chile,notably, just as does China. In 2015 Albemarle became a dominant factor in world lithium mining when it bought US company, Rockwood Holdings. Notably, Rockwood Lithium had operations in Chile in the Salar de Atacama, and in the same Greenbushes mine in Australia, where China’sTianqi Industry Group owns 51 percent. That gave Albemarle 49% share of the huge Australian lithium project, in partnership with China.

What is beginning to become clear is that US-China tensions over Chinese economic plans also likely include countering China influence in controlling key strategic lithium reserves. The recent military coup in Bolivia that forced Evo Morales into Mexican exile, from early evidence, had the fingerprints of Washington. The entry of acting interim President Jeanine Áñez, a right-wing Christian,and the right-wing millionaire, Luis Fernando Camacho, signals a nasty turn to the right in the country’s political future, one openly backed by Washington. Crucial among other issues will be whether a future government will annul the lithium mining agreements with Chinese companies.

So too, the cancellation of the November 16 meeting in Chile of APEC, which was to have featured a summit on trade between Trump and Xi Jinping, takes another significance. The meeting was also to have been the venue for major China-Chile trade deals according to the South China Morning Post. Xi’s planned delegation would have included 150 corporate heads and plans to sign major economic agreements, further tightening Chile-China economic ties, something the US has recently warned against.

The eruption of mass protests across Chile opposing government public transit fare increases bears the signs of similar economic triggers in other countries used to ignite Washington Color Revolutions. The protests had the short-term effect of cancelling the APEC summit in Chile. The active role of the US-financed NGOs in the Chile protests has not been confirmed, but the growing economic relations between Chile and China clearly are not seen as positive by Washington. China lithium exploitation in Chile at this point is a little-discussed strategic geopolitical factor that could be target of Washington interventions despite the free market economics of the present government.

At this juncture what is clear is that there is a global battle on for domination of the EV battery market of the future and control of lithium is at the heart of it.

F. William Engdahl is strategic risk consultant and lecturer. He holds a degree in politics from Princeton University and is a best-selling author on oil and geopolitics.