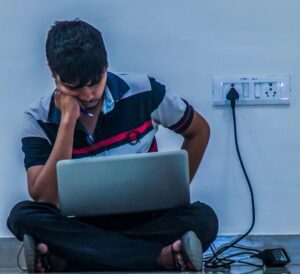 23 Oct 2019 – It comes as a slight surprise when we first learn that the word ‘technology’ has its root in the Greek word tekhne, which meant ‘art’; after all, today we understand art as being quite distinct from technology. The older Greek word harks back to the era when technology, in Greece and elsewhere, was much simpler; we may assume that practitioners of tekhne in Greece were viewed much as we view ‘artisans’ today.

It is no surprise, however, to learn that the word ‘engineering’ is rooted in the word ‘engine’; presumably, in the early days of engineering, ‘engines’ of one kind or another dominated the scene. But, to dig deeper, we enquire about the origin of the word ‘engine’. It turns out that ‘engine’ is indirectly rooted in the Latin word for ‘intellect’ or ‘inventiveness’. In fact the English word ‘ingenious’ is close in its form and meaning to the Latin near-equivalent ingenium.

However, the words ‘technology’ and ‘engineering’ have taken on a huge life of their own over the last century, far broader in scope than their counterparts had in earlier times. The reason is that ‘engineering’ and ‘technology’ play a far bigger role in life today than they did in earlier times. Things have come to such a pass today that ‘technology’ wielded in one place, towards one purpose, can have adverse collateral effects in another place around the world.

So it makes sense to look afresh at that with which our lives have become badly entangled.

It is safe to say that ‘engineering’, even by current usage of the word, should involve at least some amount of ingenuity, inventiveness or problem-solving. But the newer word ‘technology’ needs some more work to delineate clearly its meaning.

To bring out the difference, let us consider a not-too-implausible story.

Yantrik is a hobbyist who works in a small corner of his home to develop an ultra-modern mousetrap. Apart from the usual biscuits, the mousetrap makes use of synthetic light, music and smells to attract mice. The trapdoor operates electronically to trap even a second and a third mouse, while not allowing any of the trapped mice to go out.

Yantrik is enjoying his work immensely, and solving the design problems faced one by one. There is no thought in his mind about commercializing the product, winning awards, seeking venture capital, or becoming the next Zuckerberg. His parents have a tough time everyday getting him to eat and sleep on time.

After a long time, the prototype advanced mousetrap is finally ready, and Yantrik proudly shows it off to his parents, brother, sister and others. On the very first night, the advanced mousetrap catches three mice. Everybody congratulates the young inventor on his achievement.

Until this point, Yantrik has made full use of his ingenuity. As a result, the mousetrap embodies many pieces of clever engineering working smoothly together.

So when does Yantrik’s achievement of ‘clever engineering’ become a ‘technology’? To answer that question, we must take Yantrik’s story forward.

Dhanesh, a venture capitalist known to the family, hears about Yantrik’s achievement and promptly descends upon their home. Since the family is not financially very savvy, Dhanesh manages to acquire exclusive rights to the mousetrap design and commercialization for a modest sum of Rupees 1,000,000.

Putting in additional capital, Dhanesh patents the mousetrap design, brands the product as ‘TRAP IT!’, gets it produced in large quantities, and advertises heavily in India and other countries. Within two years, millions of the advanced mousetraps are in operation around the world, bringing better hygiene and peace of mind to tens of millions of homes. Several copycat products show up in the market, but ‘TRAP IT!’ has by far the biggest market share.

Dhanesh goes for a public offering on NYSE, which is over-subscribed, netting him over a billion dollars. Business media and experts acclaim Dhanesh as a visionary who has enhanced the lives of modern families in the twenty-first century. In panel discussions — joined by the likes of Zuckerberg and Jack Ma — Dhanesh expounds on his future vision for the happy home.

We can say that ‘advanced mousetrap technology’ has been adopted by the society.

This story of the advanced mousetrap is an attempt to delineate the differences between ‘engineering’ and ‘technology’.

Good engineering by itself cannot guarantee successful technology, even though it is a necessary ingredient of any technology. Successful technology needs also ergonomics, a sound business model (finance, production, marketing, et cetera) — and widespread acceptance.

Every successful technology brings about a societal change of one kind or another; in fact, a technology may even create a new problem while solving an older one.

The decision of buying or not buying a new product is made by an individual, based on his or her own needs and cost-benefit analysis. But the individual’s decision is also influenced by the messages carried by advertising campaigns; human beings can be swayed in favor of a buying decision, usually by an appeal to emotions.

Many things have to mesh correctly for a technology to catch on. If a technology fails to catch on, the reason for its failure may be poor engineering, poor ergonomics, unreliable production, poor messaging … or something else. We can never know how many potentially useful technologies around the world never saw the light of day — or why they did not.

A clever piece of engineering, on the other hand — even if it never sees the light of day — does bring joy to the inventor; only a discerning mind can appreciate clever engineering.

The ‘startup culture’ we see among the youth today is energized by their inventiveness, enthusiasm and intelligence. However, as we have outlined above, unless all the pieces of the ‘startup jigsaw puzzle’ fit together, a startup may fail to get past the nursery stage.

Dhanesh has become entangled in several international patent cases. A company in China has cleverly modified the advanced mousetrap technology to trap house lizards. Dhanesh is suing them for violation of his IP rights, arguing that lizards and other similar pests are included in the original patent. Lawyers on both sides are examining the patent minutely to buttress their own arguments and demolish their opponent’s arguments. As the IP battle heats up, many lawyers are rubbing their hands in glee.

Meanwhile, Yantrik has been busy working on his second invention, which is a personal AI assistant to help students tackle competitive exams such as JEE, CAT, GRE … et cetera. It is too early to predict whether this software will remain only a clever piece of engineering or become a successful technology. Meanwhile, it is important that coaching centers in Kota and elsewhere do not learn about Yantrik’s new invention — or else collectively they may try to get it banned by the Government of India on the grounds that it will imperil the future of our youth.

[Note: The two Indian names used in this article, Yantrik and Dhanesh, mean ‘engineer’ and ‘wealthy’ respectively. The city of Kota is famous today for offering a large number of morning-to-night coaching classes which claim to prepare youngsters for intensely competitive entrance exams to so-called “premier institutes of higher education”.]