Memo from a Climate Crisis Realist: The Choice before Us (Part 2)

If we don’t take these 11 key steps, we’re kidding ourselves. 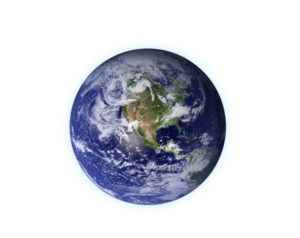 A rational world with a good grasp of reality would have begun articulating a long-term energy and consumption wind-down strategy 20 or 30 years ago.

12 Nov 2019 – Yesterday I presented the first of two “Am I wrong?” queries regarding the climate crisis. If you accept my facts, I said, you will see the massive challenge we face in transforming human assumptions and ways of living on Earth.

That first query was this:

The modern world is deeply addicted to fossil fuels and green energy is no substitute. Am I wrong? Read my fact-based argument here.

Question 2: Human nature and our methods of governance are proving incapable of saving the world. We need to ‘get real’ about climate science. Am I wrong?

Remember the self-congratulatory hubbub following “successful” negotiation of the Paris climate accord in 2015? Was all that ebullient optimism justified?

Consider that in the past 50 years, there have been 33 climate conferences and a half dozen such major international agreements — Kyoto, Copenhagen and Paris the most recent — but none has produced even a dimple in the curve of rising atmospheric CO2 concentrations.

And things are not about to change dramatically. The 2019 Energy Information Administration International Energy Outlook reference case projects global energy consumption to increase 45 per cent by 2050. On the plus side, renewables are projected to grow by more than 150 per cent, but, consistent with the trend I rudely pointed out yesterday, the overall increase in demand for energy is expected to be greater than the total contribution from all renewable sources combined.

Fact: Without a massive rapid course correction, CO2 emissions will continue to climb. This threatens humanity with ecological and social catastrophe as much of Earth becomes uninhabitable.

Carbon dioxide and other greenhouse gas increases have already boosted global temperature by approximately 1 Celsius degree, mostly since 1980. Climate scientists tell us that the world is currently on track to experience 3 to 5 Celsius degrees warming. Five-degree warming would be catastrophic, likely fatal to civilized existence. Even a “modest” 3 degrees implies disaster — enough to inundate coastlines, empty megacities, destroy economies and destabilize geopolitics.

But don’t relax just yet. Those commitments made in Paris — the so-called Nationally Determined Contributions or NDCs — comprise only a third of the reductions needed to limit warming to 2 degrees. Even if fully met, they put us on track for a potentially catastrophic 3+ Celsius degrees mean global warming.

Systems dynamics confounds the issue. There is a decades-long lag between GHG cause and warming effect because of ocean thermal inertia — the seas absorb 90 per cent of accumulating heat but warm slowly, keeping atmospheric temperatures down. Even if held constant, present GHG concentrations commit the world to an additional 0.3 to 0.8 degrees Celsius warming this century, enough to overshoot the 1.5 degree limit. 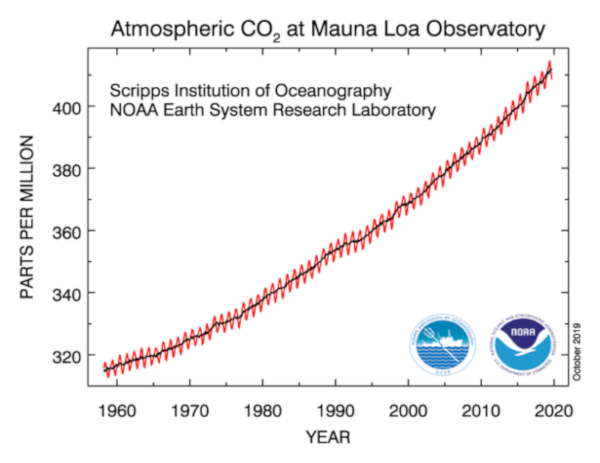 The rise of C02 in the atmosphere has continued unabated for 60 years, regardless of policies by countries and the UN said to address climate change.

There are more reasons to be concerned. Recent analyses suggest that “biogeophysical feedback processes” tied to such processes as permafrost melting, methane hydrate releases and the destruction of tropical and boreal forests may accelerate a cascade of feedbacks pushing the planet irreversibly onto a “Hothouse Earth” pathway.

To meet the Paris challenge of keeping the mean global temperature increase to less than 2 Celsius degrees means cutting CO2 emissions to almost half of 2010 levels and doing so by 2030. It also means completely decarbonizing the economy by 2050.

This, in turn, implies whole-sale transformations of social and physical communities and dramatic changes in material life-styles.

However, as laid out in part one, the current pace of shift away from fossil fuels and lower energy consumption is not remotely adequate. In fact, global energy use and carbon emissions are rising exponentially at the same rate they were four decades ago.

What politician is likely to let this scenario unfold? Would the public tolerate it?

As economists have long recognized, humans are spatial, temporal and social discounters — we naturally favour the here and now, and close relatives and friends, over distant places, merely possible futures and total strangers. Under what circumstances would hundreds of millions of people in scores of countries with disparate political philosophies and political ideologies — people who currently enjoy the “good life” — be induced simultaneously to risk wrecking their comfortable lives to stave off a climate or eco-crisis that many are not convinced is happening and, even if it is, it is perceived likely mainly to affect other people somewhere else?

And keep in mind, the world is committed to accommodating several additional billions who have yet to join the energy-addicted consumer party but are pounding on the door to be let in.

It gets worse. Neoliberal economics is ecologically blind. Even Nobel laureate economists argue that we must maintain allegiance to growth and the illusion of “rescue-by-technology” so the next generation has the wealth and techno-mechanics to mitigate the consequences of climate change. Consistent with this illusory reasoning, many national and corporate leaders interpret the threat of climate chaos as an investment opportunity.

Not on the table are ecological tax reform (beyond investment incentives and carbon taxes), structural changes to the economy that would lower consumer demand and reduce energy and material throughput, policies for income/wealth redistribution, major lifestyle changes or strategies to reduce human populations.

Perversely then, policy for climate disaster-avoidance seems designed to serve the capitalist growth economy and make the latter appear as the solution rather than cause of the problem. “Unfortunately,” as University of Vienna public policy professor Clive Spash points out, “many environmental non-governmental organisations have bought into this illogical reasoning.” (Note that many NGOs are dependent on the corporate sector for financial support.)

And this is why the international community — despite the Paris accord, Greta Thunberg, climate strikes and mass public protests — seems determined to stay its growth-driven fossil-fuelled course.

Where does Canada fit into all this?

No such plan is likely ever to be implemented. Instead, Ottawa has bought a pipeline. In fact, both the federal and B.C. governments are firmly on the go-with-carbon team.

So, where might we go from here? A rational world with a good grasp of reality would have begun articulating a long-term wind-down strategy 20 or 30 years ago. The needed global emergency plan would certainly have included most of the 11 realistic responses to the climate crisis listed below — which, even if implemented today would at least slow the coming unravelling. And no, the currently proposed Green New Deal won’t do it.

“What? A deliberate contraction? That’s not going to happen!” I hear you say. And you are probably correct. It should by now be clear that H. sapiens is not primarily a rational species.

But in being correct you only prove me correct. Disastrous climate change and energy shortages are near certainties in this century and global societal collapse a growing possibility that puts billions at risk.

Now I may be wrong but, if so, please tell me why… Please.

Read the first of this two-parter here.

William E. Rees is professor emeritus of human ecology and ecological economics at the University of British Columbia.