Protests in Haiti Signal Change Needed in US Foreign Policy 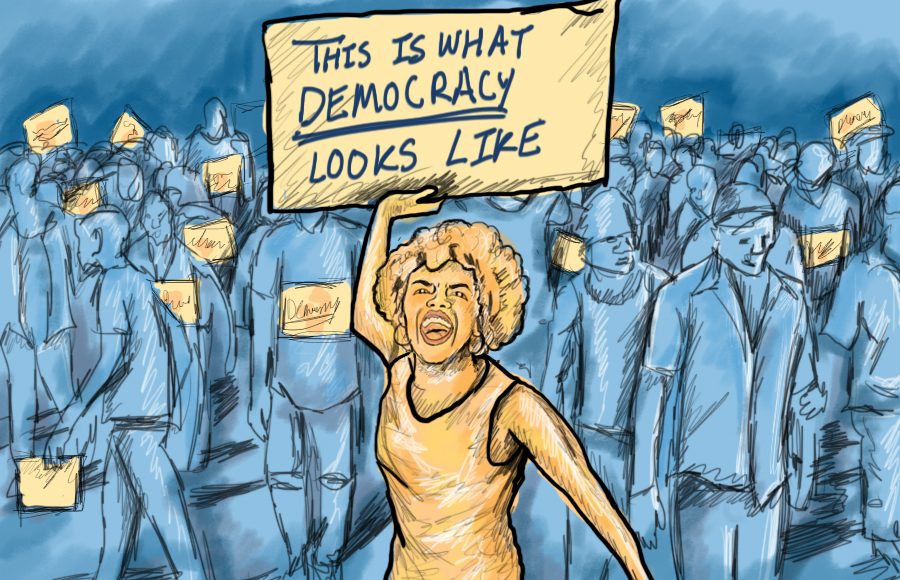 25 Oct 2019 – As protests demanding the resignation of President Moïse in Haiti rage on this month, leaving at least 18 dead and close to 200 injured, it is worth remembering the devastating massacre that took place because of similar political opposition almost one year ago today. Beginning on Nov. 1, 2018 in an impoverished neighborhood of Port-au-Prince known as La Saline, estimates contend that hundreds of Haitians were murdered or injured, with hundreds more displaced. La Saline, a long-time stronghold of the oppositional Fanmi Lavalas Political Organization, has been severely damaged, enduring the destruction of infrastructures such as schools, homes and hospitals.

The little media coverage mostly portrayed the violence as gang-related. The people of La Saline, however, as documented by first-hand observers, sternly argue that the killings were allegedly ordered by the Parti Haïtien Tèt Kale, the ruling party of Haiti, in association with the police. The PHTK, which came to power due to elections that were widely acknowledged to be corrupt, has been involved in numerous other corruption scandals and alleged human rights abuses. It is simply no wonder, then, that the people of Haiti are taking to the streets to protest this government. Infrastructure is being damaged, government-sponsored police are engaging in repressive and violent behavior, and there is little economic opportunity, which effectively limits social mobility. Democracy appears to be deeply undermined to the point of illegitimacy.

Despite the massacre and the ongoing protests, the United States continues to back Moïse, who appears to promote U.S. economic interests at the expense of the general Haitian public, with large sources of funding for the Haitian national police. With the recent wake of mainstream media covering the ongoing protests today, the United States’ response remains to be seen. With increased public outcry in the United States, Congress could be incentivized to reexamine foreign policy that currently creates a double standard in regard to democracy and U.S. economic interests.

For example, in Venezuela, contrary to Haiti, U.S. intervention currently imposes a seemingly coercive economic embargo to intentionally weaken the government of Nicolás Maduro. Despite less fraudulent elections, less government-backed violence and far more popular support of the government, the United States is leading a campaign to seemingly create an undemocratic regime change in Venezuela. Juan Guaidó, the opposition leader whom the United States backs and financially supports, has never stood for a presidential election, has been linked to paramilitaries and is widely discredited within the country as a viable candidate.

There have already been several failed coup attempts against the Maduro government in Venezuela, and all Venezuelan assets have been frozen by the United States. Crippling economic policy against Venezuela has deeply harmed the people that the US claims to protect. If it were to be true to its often-stated goal of advancing democracy and protecting the worlds’ poor, Haiti’s government would be the focus of human rights intervention to defend unarmed civilians against repressive government violence.

As these cases underscore, the promotion of democracy and the protection of the world’s poor is not well supported by the United States. If it were otherwise, the realities on the ground in Haiti and Venezuela would differ greatly from those which we see today.

As many scholars argue, the neoliberal economic model leads to corporate gains at the expense of public investment and people mired in poverty. The people of these nations and their interests are left out of the equation. Leftist governments like those of Jean-Bertrand Aristide — the first democratically elected president of Haiti, who has been tampered by a string of U.S.-backed coups — while often supported by the people of their country, are detested by the powerful and rich that gain from the neoliberal economic model, and smeared accordingly.

Understanding these truths allows for the realization that we should have expected the United States’ silence on the massacre of La Saline, as well as the ongoing protests. It is in line with the United States’ long-held neoliberal economic and geopolitical interests. This is hard to change. The ruling of the PHTK and the suppression of the Lavalas opposition puts money in the same corporate pockets that fuel campaign contributions in the United States. Only now, with the continued protests in Haiti and the loss of lives and injuries imposed on the protesters, is the mainstream media covering their demands. While the demands of the Haitian people should have been recognized much earlier, it is critical for the international public to listen to the Haitian protests and understand the harm the current Haitian government, backed by foreign interests such as the United States, has brought onto the spirited nation.

Popular narratives must be challenged reflecting the voices of those who are deeply affected. The people being attacked and waging protests in Haiti must be heard. And the U.S. Congress should be deterred by its constituents from choosing to fiscally support the repressive Haitian police and, by proxy, the repressive political regime.