What is OUR OIL doing under THEIR sand? 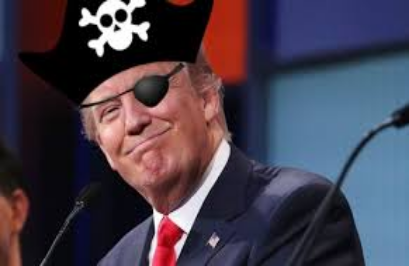 In Hawaii, the U.S. assisted sugar companies in the illegal overthrow and more than 125 years of illegal occupation of an independent nation.

Former President of the Soviet Union, 88 year old Mikhail Gorbachev has warned that current tension between Russia and the West is putting the world in “colossal danger” due to the threat from nuclear weapons. He called for all countries to declare that nuclear weapons should be destroyed to save ourselves and the planet.

Military Conflict between Russia and the U.S. Looms in Northeast Syria

Tensions are also rising between nuclear armed India and Pakistan.

A nuclear war between the U.S. and Russia could be catastrophic for the entire planet. The immediate effects of a nuclear war just between India and Pakistan could cause up to 125 million deaths, a new study published in Science Advances has found. That’s 2.5 times the fatalities of the Second World War. The study also said such a war would cause mass starvation and ecosystem disruption globally. www.newsweek.com/nuclear-war-india-pakistan-death-toll-ww2-1462550

Make Peace with Justice! Save the Planet!