26 Nov 2019 – In deciding to give an interview to The Economist where he declared NATO “brain dead,” President Emmanuel Macron certainly knew he would spark indignation among his fellow European leaders. He chose to do it nevertheless, not out of proverbial French arrogance, but because he deems it both necessary and urgent. A year away from the next U.S. elections (and with Brexit forever dragging on), an unprecedented window of opportunity is about to slam shut for France. This unique alignment of planets, which, in the French vision, should have finally brought the EU onto the path of strategic autonomy and away from dependence on les Anglo-Saxons, has not yet produced the expected results. Instead, most European governments, confronted with the inconvenience of their dependence, seem to prefer discreet but concrete steps to appease the United States and to reinforce the U.S.-dominated Alliance. To Paris, this is utterly illogical. But as Tony Blair’s former advisor Robert Cooper, had said precisely on the issue of EU autonomy:

“The world does not proceed by logic. It proceeds by political choice.”

The French president has therefore decided to unambiguously display the choice that, in his view, awaits Europe – even at the risk of appearing “drastic” to the German chancellor.

Paris is concerned that the Trump administration’s repeated and public misgivings about the U.S. commitment to NATO have the paradoxical effect among most European partners of triggering an increase in Atlanticist loyalty, instead of a drive towards “autonomy.” The alternative was already set out in a remarkable written exchange at the European Center for Foreign Relations in 2011, between Nick Witney (former British director of the European Defense Agency), who stated that there will either be an autonomous EU defense or Europe will have to “live in a world run by others”; and Jan Techau (German Director of European Affairs at the Carnegie Endowment), who saw European autonomy as a “Potemkin village” that must be forgotten in favor of “some solid cultivation of the transatlantic link.” If EU leaders’ rhetoric in the Trump era sometimes seems to adopt the first vision, their acts, in contrast, point in the second direction. On NATO in particular, Europeans – eager not to upset President Trump – have been willing, so far, to allow the organization to follow a path that, for them, means more abandonment and more dependence.

Indeed, this very same propensity was brought to light in a high-level simulation exercise, the conclusions of which have recently been published. The Körber Policy Game, jointly organized by a German think-tank (The Körber Stiftung, where NATO Secretary General Jens Stoltenberg made a speech the very day Macron’s interview came out in the media) and the prestigious British IISS (International Institute for Strategic Studies), brought together senior experts and government officials from France, Germany, the United Kingdom, Poland, and the United States. The five country teams had

“to address a fictional scenario that involves a U.S. withdrawal from NATO followed by multiple crises in Europe.”

This produced some edifying results. It turned out, among other things, that instead of

“taking proactive steps” to protect their own security, “at first, most teams focused on persuading the U.S. to return to NATO, signaling a willingness for concessions that were unthinkable before.”

Such an approach leaves very few partners for the “autonomist” option championed by Macron.

The timing of this controversy is anything but fortuitous. Macron’s interview with The Economist took place three days after a press conference where he expressed his “indignation” at the way he had learned, by a tweet, the withdrawal of U.S. troops from Syria, followed by the Turkish offensive. According to Macron, the Syria decision

“also raises questions about the functioning of NATO. Sorry to say it, but let’s not pretend.”

In reality, as spectacular as the Syrian episode might be, it is merely the last in a series that combines extraterritorial sanctions, abandonment of arms control treaties, commercial threats, and other unilateral U.S. decisions seen as humiliating to the rest of the allies. Nevertheless, this latest incident comes just one month before the next NATO Leaders Meeting. France worries that in order to accommodate President Trump, Europeans might cede excessively on issues such as labelling China as the new common enemy, adding space to NATO’s areas of competences or granting the USA access to EU armaments programs financed by European taxpayers’ money.

These would all be in line with American efforts since the end of the Cold War, aimed at “globalizing” the Alliance so that as many policy areas as possible are dealt with inside NATO, where, as Chancellor Kohl’s advisor Joachim Bitterlich said:

“The Americans are in a convenient situation because they have the last word and they pull the strings.”

France, on the other hand, continues to advocate for a “re-centering” of NATO, as opposed to letting the Alliance increasingly widen its scope to the point of encroaching on EU policies. Indeed, Paris fears that on a growing number of issues (beyond China, space and armaments, there is also the question of cybersecurity, energy and intelligence), European allies panicked at President Trump’s repeated threats on “moderating U.S. commitment,” might agree to transfer to NATO their national and/or EU competences. They would thereby lock themselves even more in dependence and narrow even further their autonomous room for maneuver.

It is no coincidence that Macron’s public qualms about the Alliance focus on Article Five – the embodiment of collective defense, in other words the notion that an attack against an ally is considered as an attack against all Member States. Traditionally, to avoid jeopardizing this guarantee of U.S. military protection, European allies have been willing to make concessions to Washington, and behave, as Jeremy Shapiro, former policy planner and advisor at the State Department, noted, with

“an unhealthy mix of complacency and excessive deference towards the United States.”

The paradox under President Trump is that he brings this transactional logic openly to the forefront, while casting doubt, again and again, on its very foundation. For France, this is a godsend. European Affairs Minister Nathalie Loiseau observed in 2017:

“While the U.S. President’s remarks may have caused some confusion with regard to his commitment to the Atlantic Alliance, the interest of an EU strategic autonomy has appeared much more clearly than before to many of our European partners. We have always been convinced of it; others are much more so today than they were yesterday.”

Unfortunately for France, however convinced others might have become, they still fail to translate their newly found awareness into deeds.

President Macron therefore feels the need to insist in that

“the ultimate guarantor no longer has the same relationship with Europe. Which means that our defense, our security, elements of our sovereignty, must be re-thought through.”

And he goes on: NATO

“only works if the guarantor of last resort functions as such. I’d argue that we should reassess the reality of what NATO is in the light of the commitment of the United States.”

To the question of whether Article Five works or not, his answer was:

“I don’t know, but what will Article Five mean tomorrow?”

To add insult to injury, Macron took care to emphasize that

“it hasn’t only been the Trump administration. You have to understand what is happening deep down in American policy-making.”

Indeed, Macron’s reasoning is nothing new or earth-shattering. The British Trident Commission arrived basically at the same verdict back in 2014. It included, among others, both former Defense and Foreign Secretaries and a former chief of the Defense Staff and examined the rationale behind the planned renewal of the UK nuclear arsenal. They came to the same crucial question:

“can we rely upon the United States to possess the capability and the will to provide [protection] indefinitely, at least out to the mid-21st century?” and concluded that this “is ultimately unanswerable.”

The difference with Macron is that the British were mainly anxious not to cause a “signaling problem” within NATO over the credibility of U.S. commitment, whereas the French President wants, on the contrary, to issue a wake-up call to his European partners.

Despite the annoyed reactions of experts and officials, the French President’s words are anything but “bizarre.” Quite the contrary, they are perfectly in line with the Gaullist-Mitterrandian tradition that Macron displayed already fully in his last annual speech to the French ambassadors. The cornerstone of this vision has always been the concept of sovereignty – a term Macron used twenty times in his interview to The Economist. This return to the foundations calls for three remarks. First: the imperative of autonomy has never been directed against America. In French thinking, either one preserves sovereignty in relation to any third country, or one does not. If the Europeans decide to give it up once, notably vis-à-vis the United States, the submission patterns it implies (the loss of their own material capacities as well as the relinquishment of responsibility) will put them at the mercy of any other power in the future. A Europe that fails to assume its full autonomy becomes an easy prey for anybody. As Macron explains:

“If it can’t think of itself as a global power, Europe will disappear.”

Secondly, in the French vision, sovereignty, in addition to being a strategic necessity, is also a sine qua non condition for democracy. Without independence from external pressures and from undue influences, the citizens’ vote carries little weight. Macron has emphatically underscored this linkage:

“If we agree to other major powers – including allies, including friends – putting themselves in a position to decide for us, for our diplomacy, our security, then we are no longer sovereign and we can no longer credibly look at our public opinion, our people and say to them:  we are going to decide for you, come and vote, and come and choose.”

He followed on the same idea when speaking to the annual gathering of French ambassadors:

“it is a democratic dead-end to see the people sovereignly choose leaders who no longer would have control over anything. Therefore, the responsibility of today’s leaders is to create the conditions for ourselves to have control over our own destiny.”

Finally, as well as the obvious return to the very essence of Gaullism, Macron’s interview with The Economist also signals a resolve to reconnect with a certain attitude, a specifically French way of doing diplomacy. Indeed, since its thundering rejection of the Iraq war in 2003, France has often behaved as if frightened by its own boldness: it had somewhat abandoned its posture of “go it alone,” or “Don Quixote,” in favor of the search for compromise and so-called pragmatism  – to little avail. The force of French diplomacy has always been its ability to assume a clear position, assert obvious principles, and translate them into practical terms with an implacable logic – to the point where interlocutors often find themselves unmasked, faced with their own inconsistencies. That is exactly what Macron is trying to do now. In the face of a number of blatant blows from the Trump administration, European leaders, the German chancellor among others, already deplored publicly their dependent situation. The French president therefore calls them to simply 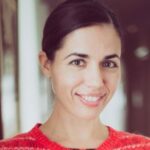 Hajnalka Vincze, a Senior Fellow in the Center for the Study of America and the West at the Foreign Policy Research Institute, contributes to FPRI on French, EU, and transatlantic politics and policies. Vincze is a European foreign and security policy analyst, formerly in charge of European Union and transatlantic issues at the Hungarian Ministry of Defense’s Research Institute.