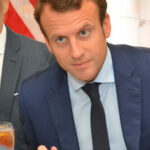 26 Nov 2019 – Most European governments prefer discreet but concrete steps to appease the United States and to reinforce the U.S.-dominated Alliance. To Paris, this is utterly illogical. But as Robert Cooper had said precisely on the issue of EU autonomy: “The world does not proceed by logic. It proceeds by political choice.” In the French vision, the path of strategic autonomy and away from dependence on les Anglo-Saxons has not yet produced the expected results.