Chelsea Manning Must Not Be Forgotten!

18 Dec 2019 – Yesterday, December 17, whistleblower Chelsea Manning spent her 32nd birthday alone in a prison cell in Alexandria, Virginia, where she has been locked up for nine months for refusing to testify in a grand jury proceeding against WikiLeaks founder Julian Assange.

By imprisoning Manning, the American ruling class is striving to establish the dictatorial principle that the world’s population has no right to know about imperialist war crimes and no right to voice opposition to the wars themselves. The ultimate aim is to prepare for future wars on an even greater scale. For this reason, the fight for Manning’s liberation is of critical importance to billions of people worldwide.

Manning has been persecuted, hounded and slandered by the most powerful government in the world for most of her adult life. At the age of 23, she helped WikiLeaks make public hundreds of thousands of pages of evidence of US war crimes in Iraq and Afghanistan. A decade later, the wars are raging on. Entire societies have been reduced to rubble, with millions of civilians killed and tens of millions forced to flee their homes. 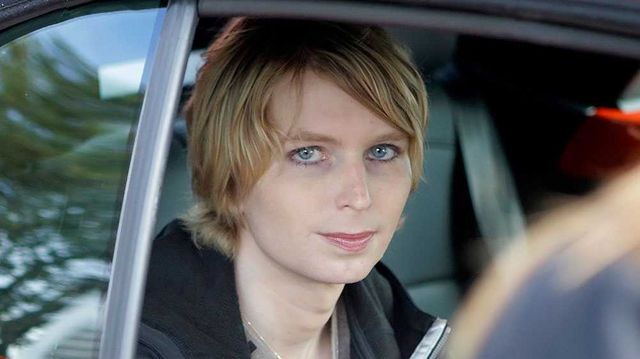 In retaliation for Manning’s exposure of war crimes, the Obama administration locked her away for seven years under the Espionage Act. During those seven years she was subjected to torture by the military jailers whose crimes she had exposed.

Yet to this day, Manning says she has no regrets.

In January 2017, Manning’s sentence was commuted and she was released from prison in May of that year, at the age of 29. But just a year and a half later, the Department of Justice subpoenaed her and threatened to lock her up again if she did not turn state’s evidence against Assange.

Manning’s response to the subpoena was a historic profile in political courage.

“I will not cooperate with this or any other grand jury,” she told a press conference outside of the courtroom where she was about to be brought into custody. She did not change her mind when the government tried to coax her with legal immunity, and she was sent back to prison on March 8, 2019.

In May, when Judge Anthony Trenga threatened to impose massive fines for each day Manning refused to testify, she looked the judge in the eye and said she would not be bought or intimidated: “I would rather starve than change my principles in this regard,” she said, adding, “The government cannot build a prison bad enough, cannot create a system worse than the idea that I would ever change my principles.”

Like a mafia boss, Judge Trenga called these statements “unfortunate” and imposed a daily penalty of $1,000 for each day Manning remains silent in prison. Her total penalty has now reached $440,000.

The jailing of Manning is an illegal sham that violates free speech and the Constitution’s ban on cruel and unusual punishment.

The grand jury was unlawfully convened as part of the frame-up of Assange, in which the US government has directed the torture of the WikiLeaks publisher by British authorities, limited his ability to meet with his lawyers while imprisoned in London, and spied on confidential attorney-client conversations in order to force his prosecution on US soil through what amounts to extraordinary rendition from Britain.

While the purpose of a grand jury is ostensibly to determine the charges against the subject, there can be no lawful purpose for the grand jury here since its subject, Assange, has already been charged with violating the Espionage Act.

The ultimate purpose of imprisoning Manning has nothing to do with any law. It is to punish Manning again for her 2010 actions, in violation of the ban on double jeopardy. In November, Trump denounced Manning, saying it was a mistake to “let that person go” after she “stole tremendous amounts of classified information.”

“The government has already thoroughly charged the target of this investigation; they clearly have no legitimate need for Ms. Manning’s testimony at this point. In any case, keeping her in coercive confinement will not influence her to cooperate, and functions only to impermissibly punish her. Trump’s continued invective against her only strengthens the appearance that her current incarceration is improperly motivated by a bald desire to see her suffer for past acts.”

The illegal imprisonment is the product of a conspiracy involving the entire political establishment, covered up by a deafening silence from the corporate press. The New York Times, which published many of Manning’s leaks in 2010, has not written about her imprisonment since May.

But the most important role in this operation has been played by the self-proclaimed “socialists” in the Democratic Party. By remaining silent on Manning’s jailing and the persecution of Assange, thereby reinforcing the media blackout, Bernie Sanders and Alexandria Ocasio-Cortez are deliberately preventing these great crimes from coming to the attention of and engendering opposition within broad sections of the population, including millions of youth who were children when Manning was first arrested.

In response to a question about the Obama and Trump administrations’ prosecution of whistleblowers by the Intercept’s Ryan Grim in October, Sanders referred only to the CIA “whistleblower” who filed a complaint about Trump’s call with Ukrainian President Volodymyr Zelensky. “The law is very clear,” Sanders said, “whistleblowers have a very important role to play in the political process and I am very supportive of the courage of that whistleblower, whoever he or she may be.”

In the same interview, Democratic Socialists of America (DSA) member Alexandria Ocasio-Cortez said, “I don’t want to speak out of turn,” when it comes to specific prosecutions of whistleblowers.

Sanders, Ocasio-Cortez and their backers do not constitute an opposition to the political establishment, but rather a critical element within it.

Life and death issues are at stake. The American ruling class views Manning’s imprisonment as a strategic necessity, setting a precedent for the extrajudicial jailing of anyone who opposes the wars of the present and the future.

Trump’s recent pardoning of war criminals who killed and defiled the bodies of innocent civilians is likewise a message that Trump will, in his words, “stick up for the warriors” by giving the military free rein to commit war crimes. The ruling class views this as necessary in order to prosecute the interests of Wall Street as ruthlessly as possible on a global scale.

The decisive social base for the defense of Manning and Assange lies not in the “enlightened” upper-middle class, whose stock portfolios have ballooned in the 20 years since the launching of the “war on terror,” but rather in the working class, who have paid for the wars with their lives and livelihoods.

In 2019, tens of millions of people—largely workers, students and young people—have taken to the streets on every continent. In countries as disparate as France, Haiti, Iraq, Lebanon, Chile and Sudan, protesters’ opposition to austerity became inseparable from opposition to police-military violence and media complicity in the attack on democratic rights.

It is urgent that the demand for the freedom of Julian Assange and Chelsea Manning be taken up in the mass struggles of the working class against war, repression and social inequality, and the capitalist system which is their source.