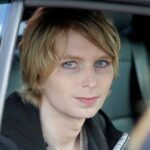 18 Dec 2019 – Yesterday, December 17, whistleblower Chelsea Manning spent her 32nd birthday alone in a prison cell in Alexandria, Virginia, where she has been locked up for nine months for refusing to testify in a grand jury proceeding against WikiLeaks founder Julian Assange.

20 Sep 2017 – Demonstrating the bipartisan support of Democrats and Republicans for militarism and war, the US Senate voted 89 to nine on Monday [18 Sep] to authorize $700 billion in spending for the military and intelligence agencies, an $80 billion increase from 2016 and $26 billion more than President Donald Trump requested earlier this year.

Thursday [5 Jun 2014] marked one year since evidence of the US government’s mass surveillance programs first began appearing in the Guardian newspaper. The international surveillance apparatus Snowden has uncovered is more powerful than any in history.

The Obama administration is establishing new elite military units in Libya, Niger, Mauritania and Mali. Although the ostensible purpose of the program is to combat terrorism, the new detachments are being set up to aid US to gain control of natural resources and establish positions of strategic geopolitical importance on the continent.

28 Jan 2014 – New information made public by Edward Snowden reveals that the governments of the United States and United Kingdom are trawling data from cellphone “apps” to accumulate dossiers on the “political alignments” of millions of smartphone users worldwide.

Manning’s comments reflect the element of coercion in the entire proceedings. In all, the episode more closely resembled a Stalinist show trial than a democratic court of law. “First, your honor, I want to start off with an apology. I’m sorry that my actions hurt people, and I’m sorry that it hurt the United States. I understand what I was doing and the decision that I made. I’m sorry for the unintended consequences of my actions.”