From a Blessing to a Curse: How UN Resolution 2334 Accelerated Israel’s Colonization in the West Bank 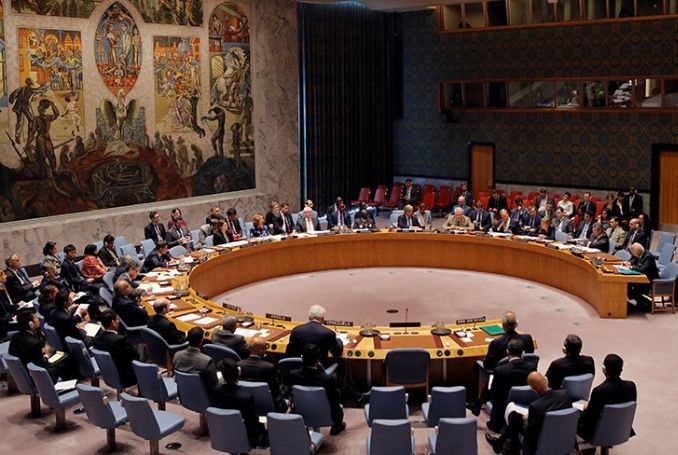 Three years ago, the United Nations Security Council passed Resolution 2334. With fourteen members voting in favor and one abstention, the Resolution was the equivalent of a political earthquake. Indeed, it was the first time in many years that the international body roundly condemned Israel for its illegal settlement policies in the Occupied Palestinian Territories. Unlike previous attempts at holding Israel accountable, this time, the Americans did nothing to protect its closest ally.

What has happened since then, however, has been a testimony to the failure of the UN to furnish meaningful mechanisms that would force violators of international law, like Israel, to respect international consensus. In some way, 2334, although externally supportive of Palestinian rights, turned out to be one of the most costly decisions ever made by the international institution.

Immediately after the adoption of 2334 on December 23, 2016, Israel thumbed its nose at the whole world by announcing, twice in the following January, plans to construct thousands of new homes in illegal Jewish settlements in the occupied West Bank.

At the time, Israeli Prime Minister, Benjamin Netanyahu, and his then-Defense Minister, Avigdor Lieberman, rationalized the provocative moves as a “response to the housing needs” within the settlements. Nothing could have been further from the truth, as the subsequent three years demonstrated.

Now, it has become clear that the settlement expansion was part of a much larger strategy aimed at killing any chance of establishing a contiguous and viable Palestinian State and parting ways with the so-called “land for peace formula”, itself molded through years of American mediation and “peace process”.

The Israeli strategy was a complete success. Thanks to the blank cheque issued by the Trump administration to Israel’s right-wing government coalition, Israeli politicians are now openly plotting what was once nearly unthinkable: the unilateral annexation of major Jewish settlement blocks in the West Bank along with large swathes of the Jordan Valley.

Throughout the last three years, Washington has turned a blind eye to Israel’s sinister designs. Worse, it has fully embraced and validated the Israeli political discourse, while taking every necessary measure to provide a cover for Israeli actions. The declaration by US Secretary of State, Mike Pompeo, on November 18 that Jewish settlements “are not inconsistent with international law” is but one of many such positions adopted by Washington to pave the road for Israel’s insolence and violation of international law.

Retrospectively, President Obama had the chance to do more than merely abstaining from voting against a UN Resolution – which lacked any enforcement mechanism, anyway – by using the generous US financial aid to Israel as a bargaining chip. That way, he could have potentially forced Netanyahu to freeze settlement expansion altogether. Alas, Obama did the exact opposite – as he bankrolled the Israeli military and financed every Israeli war on Gaza. Instead, his belated move opened the stage for the Trump administration to unleash a cruel war on Palestinians and international law, as well.

It seems that the two-year term of US Ambassador to the UN, Nikki Hailey, was mainly dedicated to rectifying the supposed “betrayal” of the Obama administration of Israel. In the name of defending Israel against imaginary global “anti-Semitism”, the US severed its ties with several UN organizations, eventually isolating Washington itself from the rest of the world.

With the UN being designated as the common enemy by both Washington and Tel Aviv, international law was rendered irrelevant. Gradually, the US government fortified its protective shield around Israel, thus making 2334 and many other UN resolutions meaningless. In other words, the US managed to turn international consensus regarding the illegality of the Israeli occupation of Palestine into an opportunity for Tel Aviv to disown any commitment, not only to the UN, but to the so-called two-state solution, and the “peace process”, as well.

While Israel accelerated its settlement projects unhindered, the US ensured that the Palestinian leadership is denied the opportunity to fight back, even if symbolically, through the various international institutions and any available political and legal platform. This was engineered through systematic economic warfare, which saw the cutting of all aid to the Palestinian Authority in August 2018, followed, a week later, by stopping all funds to the UN organization responsible for the welfare of Palestinian refugees, UNRWA.

US-Israeli war on Palestinians was staged on two fronts. One front focused on the seizure of more Palestinian land, the building of new and the expansion of existing settlements, as a precursor of the imminent steps of annexing most of the West Bank. The other front witnessed the relentless US administration’s pressure on Palestinians through political and financial means.

Three years after 2334, a new status quo is upon us. Gone are the days of traditional American “peace-making” and its adjoining elaborate discourse centered on a two-state and other make-believe solutions. Now, Israel is single-handedly formulating its own “vision” for a future that is designed to meet the expectations of the country’s unhinged and ever-growing right-wing constituency. As for the US, its role has been relegated to the cheerleader, unfazed by such seemingly trivial matters as that of international law, human rights, justice, peace or even regional stability.

Shortly after being appointed as Israel’s new Defense Minister on November 9, Naftali Bennett has taken the dangerous and consequential decision of building a new Jewish settlement in the occupied Palestinian city of Al-Khalil (Hebron). Naturally, Jewish settlers rejoiced as they will finally see the destruction of the old Hebron market, which is older than Israel itself, and the potential for further settlement expansion and more annexation in the city.

At the same time, Palestinians are cringing, for a move against Hebron is the final proof that Israel is now operating in Palestine without the slightest fear of political or legal repercussions. Not only did UN Resolution 2334 fail to hold Israel accountable, it, in some way, facilitated further Israeli expansion in the West Bank, paving the road for the annexation that will surely follow.