If There’s Such a Thing as a Murderous Culture, Then It Exists in Israel 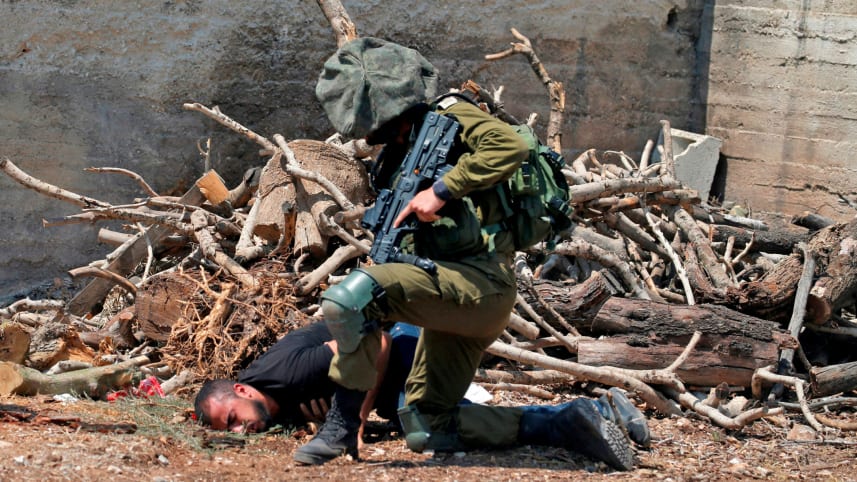 19 Aug 2019 – This is what the editor of Haaretz’s Culture and Literature supplement, Benny Ziffer, wrote on his Facebook page upon returning from paying a condolence call in the settlement of Ofra:

“En route I looked at the Palestinian villages alongside the Jewish communities, and I thought of how for the Palestinians murder is a type of sport or enjoyment, perhaps a substitute for erotica. From that perspective we will never have anything culturally in common with them.”

And if that weren’t enough, Ziffer also wrote,

“Regarding this evil and undignified people living among us, we can only yearn for the land to vomit it out, because it isn’t worthy of this land, which is full of Jewish blood that it has spilled.”

“Arabs are savages … they don’t only hate Jews, they kill their own first and foremost.”

More than one straight line connects London and Ziffer. Their comments reflect the spirit of the times in Israel.

Both were once considered leftists; the unbridled right still considers London to be one. Both are extraordinarily talented, brilliant intellectuals, of enviable erudition. Sometimes it’s tempting to say that because of their rare media talent their remarks should be forgiven, lest we be left with Ayala Hasson and Yaakov Bardugo. In contrast to their images as avant garde, they express what many people think, not to mention the majority opinion in Israel, which only the rules of political correctness keep from breaking out into the consensus.

More than they are racists, London and Ziffer are disseminating lies. I was sitting in London’s studio when he said his piece; I tried to respond in real time but to no avail. So I will try here.

Is it permitted to say that it’s Israeli culture to spill blood wholesale? According to London, yes. There is something called national culture, even if it’s a culture of killing. But when one speaks about genetic characteristics, it’s racism. One can even generalize, as London said, a generalization will always be unjust to the individual and the exceptional. But it has to based on reality, and the reality is that the enlightened whites have, in the past 100 years, massacred more people than all the Muslims and savages combined. Not only were Hitler and Stalin not Muslims, since World War II the United States, the land of the free, is guilty of more killing than any other country. Most of its mass killers are decidedly non-Muslim.

Someone who generalizes isn’t necessarily a racist. But he may turn out to be a liar. If there’s a culture of killing, it actually exists in Israel. Soldiers and policemen who shoot to kill as a first choice testify to a warped morality. Fear, hatred, self-pity, the security cult, dehumanization and an itchy trigger finger are all Israeli cultural traits that lead to this mass blood-letting, but woe unto anyone who dares define Israel as having a murderous culture. He’d be condemned as an anti-Semite. The Palestinian people, on the other hand, are one of the most restrained people in history in its violent resistance to occupation and injustice. That’s the truth, there’s no denying it.

Israel actually likes cultural and national generalizations, especially when they glorify its image. The “Jewish genius,” “the chosen people,” “Jewish morality,” and “eternal Israel,” are evidence of baseless arrogance. Ziffer has every right to think that the Palestinians enjoy murder and London can think they are savages compared to us, the enlightened and developed. It is our right (and duty) to answer them: There are no lies more abominable than these.