Justice Blind or Blinded by Titles? A Tale of Prince Andrew and Julian Assange 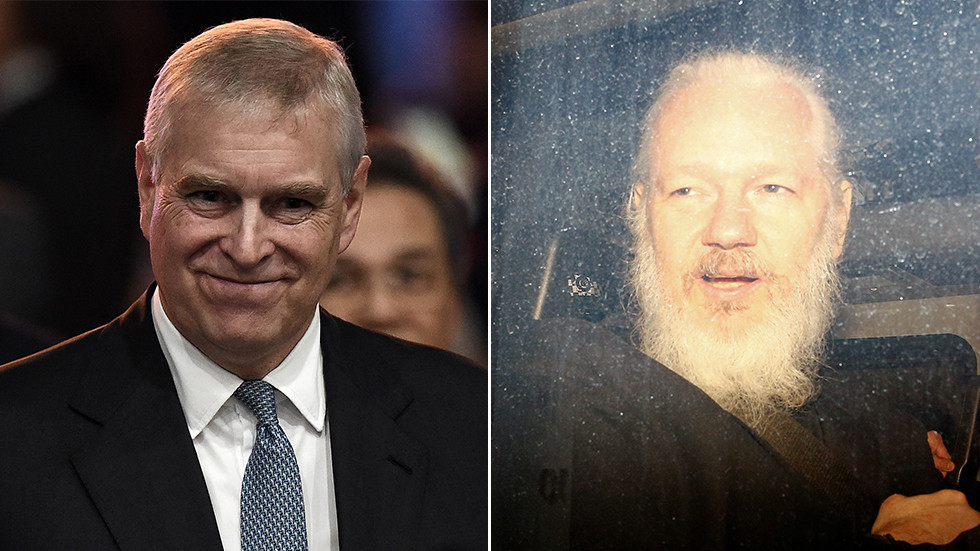 26 Nov 2019 – The grand old Duke of York sleeps tonight on a feather pillow in a royal palace. Julian Assange, the publisher of the century sleeps in the hell of Belmarsh Prison, Britain’s own Guantanamo Bay.

The Duke of York lied about the length duration and nature of his relationship with the presumed deceased child-sex trafficker Jeffrey Epstein. Julian Assange told the truth about the high crimes and misdemeanours of the rich and powerful during times of war and peace.

The FBI need to speak to the Queen’s favorite son, but no power on earth will be deployed to make him testify about what he might have seen, or even have participated in, at the townhouse in Manhattan, a Sodom and Gomorrah of our times.

The same US Justice system has caused the cruel incarceration of Assange and his Kafkaesque entrapment in an extradition saga which may last for years – if he doesn’t die before it is over as no less than 60 doctors have recently warned he may well do.

The US-UK extradition arrangements may be the most unequal treaty ever concluded by Her Majesty’s ministers. In this case the former Blair government Home Secretary David Blunkett, a blind man who could, nonetheless, see exactly what he was doing.

In essence extradition from Britain to the US became virtually on request without the slightest need to show just cause. But not vice versa. It would be easier to pull a camel through the eye of a needle than for Britain to extradite a US citizen to face justice in the UK.

I was a member of the British Parliament at the time this treaty was signed. Not that this mattered a jot or tittle. The Treaty was signed during the Summer Recess when no Parliament was sitting and through the exercise of the Royal Prerogative.

Only when it was already in operation was I even able to oppose the extradition of its first victims – alleged City of London financial fraudsters, as well as a fitted-up “terrorist” London man Babar Ahmad.

Under the old extradition rules neither case could have satisfied the previous requirement to produce prima facia evidence sufficient to persuade a British judge. Under the new Treaty it was easy peasy lemon squeezy. And off they went.

Prince Andrew will face no such ordeal albeit now banished from Royal Circles and effectively reduced to the ranks, his epaulettes ripped off his glittering array of obscure medals turned to scrap metal on his tunic.

Although accused of sexual abuse of a teenager and with an admitted close relationship to the alleged procurer of underage female victims, Ghislaine Maxwell, in whose London home it is alleged one of the sexual encounters took place – the US will never require the Prince to give evidence and the UK will never offer him up.

Assange, who was falsely accused of rape, has spent virtually the last decade locked up in one form or other of incarceration. And faces up to 175 years of prison time, if successfully extradited.

It is a tale of two cities – Buckingham Palace and Belmarsh Maximum Security Prison.

A tale of two individuals – one now a proven liar and one a well attested truth-teller.

It is a tale of our times.

2 Responses to “Justice Blind or Blinded by Titles? A Tale of Prince Andrew and Julian Assange”