Reservation, Debate and Reality in Nepal

10 Dec 2019 – After the declaration of federal democratic republican state, the power structure has been shifted from central to local units. People were really excited. They believe they will get service delivery from their own places. However, because of their inexperience, they cannot materialize people expectation into action and service delivery has been affected.  Even the Central government is always hesitating to hand over power to local bodies. There are countless reasons behind it. Why the local bodies cannot perform well? Where are they lacking? One of the single possible answers is lack of manpower, who delivers service. To address this very problem, Public Service Commission has initiated the process to recruits around 9,000 employees for local lever.

The Commission claimed that the staff adjustment act has allowed the central level public service commission at a single time. This issue has invites conflict. As the local governments have complained that it was their rights to fill up vacancies in their respective places. The Parliamentary Hearing Committee has raised a serious question on the issue of reservation quotas. Honestly speaking, it is a high time to reevaluate this policy and if needed, implement on the basis of economic status. I strongly believe that poverty rather than caste presents a larger barrier to equal opportunity.  In this article, the writers highlighted its history, practices and relevance in context of Nepal and how it will affect the nation’s growth in the long run.

To begin with, Reservation or Affirmative action in general defines as an active effort to improve the employment or educational opportunities of members of minority groups and women sought to achieve a multicultural staff through affirmative action. Also, a similar effort to promote the rights or progress of other disadvantaged persons. In addition, the learners dictionary defining it as ‘ the practice of improving the educational and job opportunities of members of groups that have not been treated fairly in the past because of their race, sex, etc.

It was began as a government remedy to the effects of long-standing  discrimination against such groups and has consisted of policies, programs, and procedures that give preferential treatment  to minorities and women in job hiring, admission to institutions of higher education, the awarding of government contracts and other social benefits. The typical criteria for affirmative action are race, disability, gender, ethnic origin, and age. Equally, it also often focus on employment and educational  institutions of higher education and job sector, affirmative action refers to admission and job hiring policies that provide equal access to education and job for those groups that have been historically excluded or underrepresented, such as women and minorities.

His goal was to use affirmative action to ensure that the demographics of federally funded positions represented the nation’s racial demographics more proportionately. With the passage of the 1964 Civil Right Act, eight months after Kennedy was assassinated, affirmative action began to spread to realms outside of government. Title VI of the act stated that ” no person…. shall, on the ground of race, color, or national origin, be excluded from participation in, be denied the benefits of, or be subjected discrimination under any program or activity receiving Federal financial assistance.” Title VII laid out exemptions to this law, stating that, under special circumstances, gender, religion, or national origin could be used as a basis for employee selection.

This was the beginning of the type of preferential hiring that we now refer to as affirmative action. Kennedy’s successor, Lyndon B. Johnson, was the first to use the term affirmative action in legislation. In Executive Order No. 11, 246 (1965) Johnson required federal contractors to use affirmative action to ensure that applicants are employed and that employees are treated fairly during employment, without regard to race, creed, color, or national origin. Johnson also wanted to extend Title VII into realms outside government-financed jobs. Thus, it was the long-standing result of historic events of the civil rights movement in Birmingham, Alabama, the assassination of President Kennedy, and the passage of the 1964 Civil Rights Act to bring the issue of employment and discrimination to the public’s attention.

Historically, equality laws which serve as the basis of affirmative action policies have been inserted in the constitutions of different countries. Talking about the history of affirmative action in India, it goes back to the then British Raj, introduced the concept of reservation in the Government of India Act of 1909 and many other measures which were later constitutionalized by Dr. Bhimrao Ramji Ambedkar in post-independence. Affirmative action, currently  known as the ‘reservation policy ‘in India, is operative in three main spheres, namely appointment and promotion in government service, admission to public educational institutions and seats in central state and local legislatures.

Like other countries, the government of Nepal began this policy as a government remedy to the effects of age-old discrimination against such groups. The typical criteria for affirmative action are race, disability, gender, ethnic origin, and age. After 2064, the government has made a provision of reservation only for female (33%), Janajati (27%), Madheis and Khasaarya (22%), Dalit (9%) and other back warded community (4%). It has been widely accepted that this kind of distribution also cannot address their situations. However, few hands full people of such community are enjoying this that is financially sound. Because of its unique features of caste based reservation, competent students are disqualified, though they score 90 % Plus. This is really frustrating and leads to destroy the internal mechanism of the country in the long run.

As a result, competent and qualified people can’t see their own future inside the country, which eventually impedes the nation. Thus, the government should appoint eligible students in the field of civil service, who only accomplished the dream of prosperity in Nepal. On the other side, the state should develop unique idea to address those marginalized people, invest on their education, make them aware about the significance of education, support their family to run their livelihood .Besides this, vocational trainings are also effective to strengthen their living standard.  The reality is even the existing reservation policy can’t address their voice. It has been widely accepted that this kind of distribution can’t address the genuine problem of minorities and uplift their living standard. It finally increases dependency over the state and can’t see future without reservation. In this era of information and technology, it is essential to trust own ability and confidence.

It is therefore a peak hour to revisit these strategies who are utilizing this. It indirectly cultivates the habits of laziness and passive mentality. Even the people have negative mentality towards those people who are in position, are simply because of their cast rather than their ability. To sustain this, the government should make a provision that applicants must score minimum marks of 60 or 70, otherwise this quota will pass to next time to the same community. These at least ensure quality manpower to the government service and other sectors.

The point is all the reasons above are not against the reservation. Honestly speaking, it is in favor. No doubt, Diversity is the essence of Nepalese society. According the census (2068), there are 125 caste and 123 languages are in practice. These kinds of diversity in caste, language, social, religious, cultural, ritual are the social capital. So, the government should be accountable to preserve it and most importantly, the state should have an in-depth understanding about the positive and drawbacks of this policy for revision. 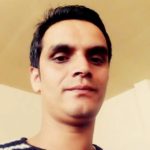 Shree Prasad Devkota is a member of the TRANSCEND Network for Peace, Development and Environment. He is a Kathmandu University graduate, has a Master’s in Mathematics Education and M.phl in Development Studies. Currently he is chairperson of SDEF–Sustainable Development and Empowerment Forum, and has worked as a lecturer. He is researcher in the field development sectors in Nepal and has worked as consultant, monitoring and evaluation expert in different I/NGOs. Devkota has been working in the field of education of children, marginalized and socially excluded groups, especially on conflict management regarding the post-conflict situation in Nepal. He has published several research articles in national and international journals. Books: Teacher’s Lived Experiences and Contextualized Mathematics, LAP Lambert Academic Publishing, Germany, 2012. Education in Nepal from Dalit Perspective, LAP Lambert Academic Publishing, Germany, 2013. Conflict in School and Its Management, with Shiba  Bagale, Scholars’ Press, Germany, 2015. Life and Education of Children in Nepal (Pre and Post Peace Agreement a Comparative Study) Adroit Publishers , India,2017.

Mahadev Devkota is a Lecturer of Madhyabindu Multiple Campus. He is a Tribhuwan University graduate, has a Master’s in English Literature. He has been working at the same institution for the last nine years. Also, He has the experience of working in different school and campuses. Besides this, he has worked as an expert in different I/NGOS. He has published several research articles in local and national journals. Moreover, He is a member of Nepal English Language Teachers Association(NELTA).Academic Publishing, Madhyabindu Journal(Nepal),2016 Ethics.Madhyabindu Journal(Nepal),2017 The Day They Burned the Books: Multicultural Self-Identity.

Anticopyright: Editorials and articles originated on TMS may be freely reprinted, disseminated, translated and used as background material, provided an acknowledgement and link to the source, TMS: Reservation, Debate and Reality in Nepal, is included. Thank you.