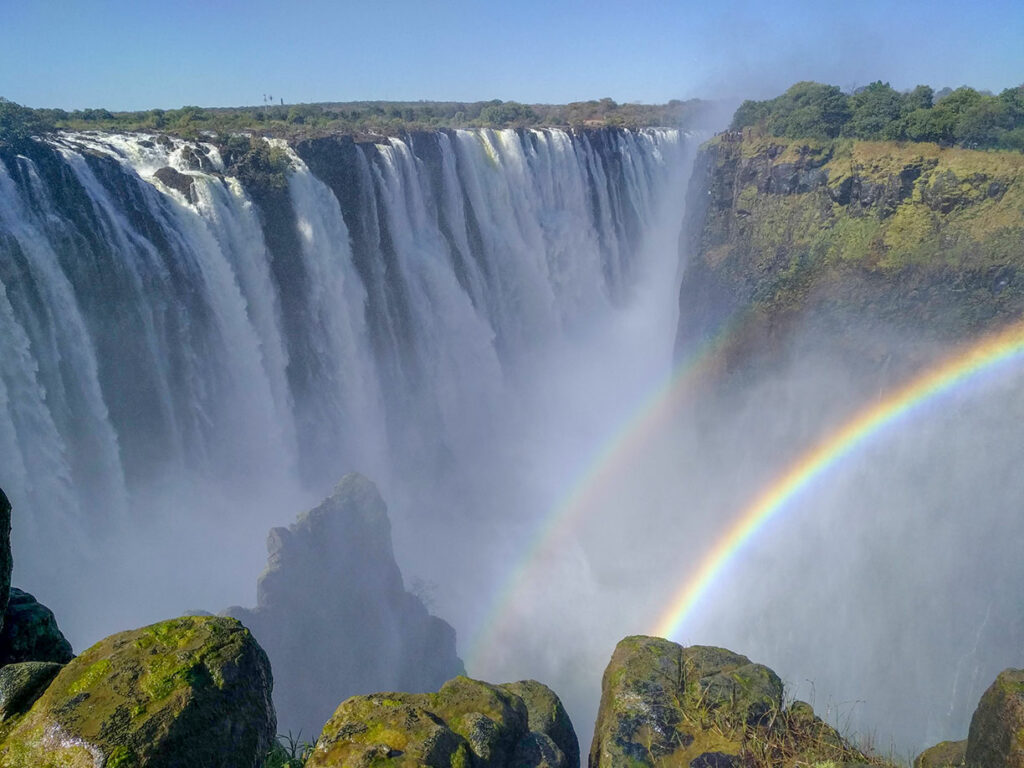 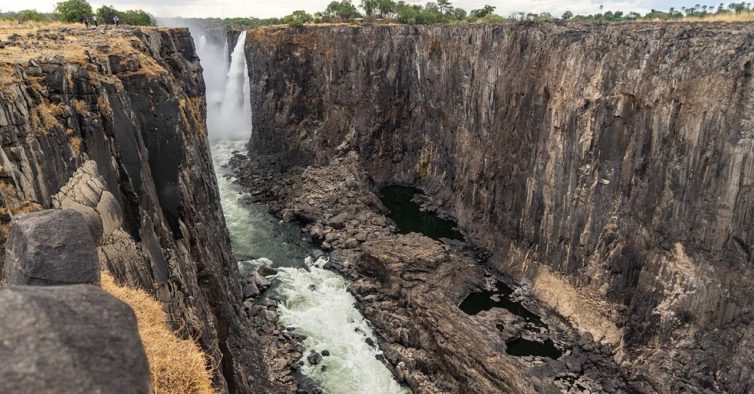 6 Dec 2019 – Tucked away in south central Africa, and situated across the Zimbabwe and Zambia border, lies one of the world’s largest waterfalls, a majestic sight that is an economic driver and prominent source of energy for the two countries.

Victoria Falls, one of the seven natural wonders of the world, is the most famous spectacle in that region and one of the most famous landmarks on the entire continent of Africa. The majestic falls are also known as Mosi-oa-Tunya in the indigenous Lozi language, or “the smoke that thunders.” However, after several months of severe drought, the natural wonder has lost some of its signature majesty, transforming from a thundering cascade plummeting more than 300 feet to a mere whimper of its former grandeur.

Photos taken in January 2019 and December 2019 show the stark contrast in the condition of the falls before and after the drought. In January, water was plentiful, cascading over the rocky edge and creating its famed mist. The greenery around it was vibrant. Come December, however, the rock walls behind the falls lie exposed, the parched grass is now brown and yellow.

“Flow of the Zambezi River varies sharply from its mid- to late-rainy season maximum, then bottoms at the time of the first widespread rains,” AccuWeather Senior Meteorologist Jim Andrews said. “Any delay in the onset of rain can allow river levels to continue to wane, potentially for weeks, depending on steering controls for the weather.”

The core of the dry season lasts from around late April into September, according to Andrews. Rain typically kicks in around October and November, a heavy amount falling December through February.

Officials told Metro UK that although the water volume of the falls does typically reduce during the dry season, this year it had seen an “unprecedented decline,” and “the anticipated rain has yet to arrive.” 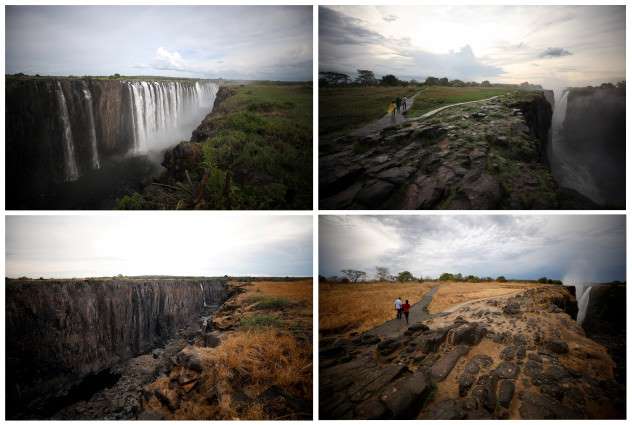 Water levels at Victoria Falls are at the lowest level in 25 years, according to Metro UK. Elisha Moyo, the chief climate change researcher for Zimbabwe’s Ministry of Environment, Climate and Tourism, told the BBC that the average amount of water flowing over the falls this year is down by nearly 50 percent.

“The low falls are becoming more frequent,” Moyo said. “Who knows maybe one year there will be no falls completely, no water.” Moyo, like Zambian President Edgar Chagwa Lungu, points to climate change as the culprit behind the falls being nearly dried up.

Back in October, Lungu fired a warning shot on Twitter, posting photos of the barren falls and declaring the images are a “stark reminder of what climate change is doing to our environment and our livelihood.”

It’s unclear whether or not variations in the climate are to blame for the severity of this year’s drought, according to Andrews.

The impacts from the extended drought are clear, however, as Victoria Falls has been vital to the economy of Zambia through tourism, not to mention hydropower, which the country heavily relies upon, Metro UK reports. The drought has also hit agriculture in the country hard.

The UNESCO World Heritage Foundation, which recognizes the mile-wide falls as a heritage site, also notes that “the riverine ‘rainforest’ within the waterfall splash zone is a fragile ecosystem of discontinuous forest on sandy alluvium, dependent upon the maintenance of abundant water and high humidity resulting from the spray plume.”