US Weaponizing Space in Bid to Launch Arms Race 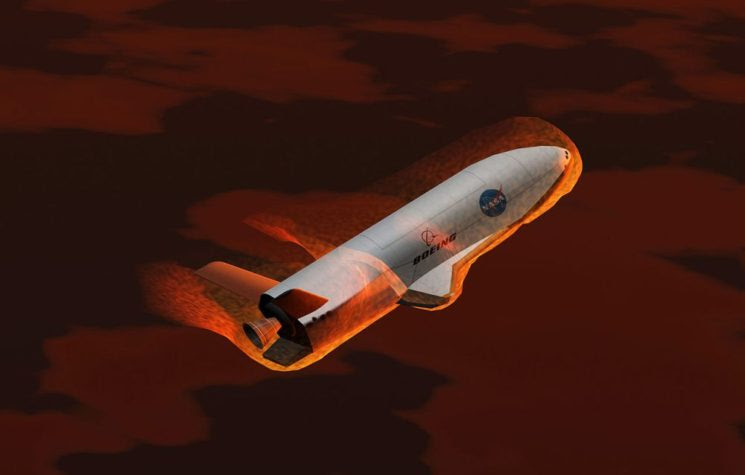 12 Dec 2019 – While the spats between President Trump and other NATO leaders at the rancorous 70th summit garnered most media attention, barely noticed was the alliance’s announcement to make “space an operational domain”.

The move represents a grave assault on existing treaties forbidding the weaponization of space. The NATO announcement is doubly insidious because it gives the appearance of a multilateral acceptance of US attempts to open up the “final frontier” for militarization. A move which is far from acceptable. In fact, illegal, under international law.

Earlier this year, Donald Trump unveiled a new branch of the US armed forces, Space Command, separate from the Air Force. “Spacecom will defend America’s vital interests in space, the next war-fighting domain, and I think that’s pretty obvious to everybody. It’s all about space,” said Trump at a White House ceremony.

It is the first time that a new branch of the US armed forces has been created since 1947 when US Air Force was created out of the Army. The other existing armed services are the Marine Corps, Navy and Coast Guard. Legislation is currently going through Congress which will authorize the president’s order for setting up the new branch, to be known henceforth as Space Force.

All this is happening with barely any public debate or scrutiny. Even though it represents a dramatic escalation of military dimensions. To the existing domains of land, air and sea the United States under Trump is pushing ahead for weaponization of space. As the “war-fighting” rationale of the president makes clear, the development is explicitly about leveraging new military strike potential.

US weaponization of space has been underway for decades, going back to the “star wars” initiative of the Reagan administration in the 1980s and during the GW Bush presidency in the 2000s. However, Trump is taking the program to a whole new level by implementing a separate dedicated Space Force.

This is in spite of the existing UN-ratified 1967 Outer Space Treaty which prohibits any introduction of weapons, including nuclear weapons, into space.

“States shall not place nuclear weapons or other weapons of mass destruction in orbit or on celestial bodies or station them in outer space in any other manner,” reads the treaty, which provides the basic legal framework for international space law.

Russia and China have been consistently strong advocates for upholding the treaty.

Yet proponents of the US Space Force routinely claim that America is being threatened by Russian and Chinese advances in space military technology. It is not clear on what basis these American claims are made.

Republican Alabama Representative Mike Rogers is quoted by Space News as saying: “We have allowed China and Russia to become our peers, not our near peers and that’s unacceptable.”

But like so many other US claims about Russia and China supposedly threatening American interests, there is little or no evidence presented. The claims rely on ideological prejudice and/or a cynical lobbying service for the military-industrial complex. Going into space will convey billion-dollar contracts to US aerospace corporations.

Indeed, there is a resonance with US claims made in the 1950s and 60s of a “missile gap” which alleged back then that the Soviet Union was outpacing America’s arsenal of strategic nuclear weapons. The putative missile gap was invoked as a pretext for greatly expanding the US arsenal, thereby creating an international arms race, only for the so-called missile gap to be found out years later to be a fiction of American scaremongering. Cynically, that fiction was deliberately propagated to the American public in order to provide a tax-payer-funded pork-barrel production line for the Pentagon and the military-industrial complex.

The same process seems to be underway with Trump’s much-vaunted Space Force.

The precedent is the arms race in the 1980s under Reagan which brought the Soviet Union to collapse. Because of Washington’s presumed right to print endless amounts of dollars and rack up seemingly limitless national debt, the US is waging that it will be the last man standing in an arms race with Russia and China.

Russian President Vladimir Putin has repeatedly said that Russia will not fall into the trap of unleashing an arms race. At a recent meeting in Sochi with his top defense officials, Putin emphasized the imperative need to focus on efficiency in weapon systems. Russia’s latest-generation of hypersonic missiles which apparently can evade any US defense shield – despite the latter costing trillions of dollars to develop – is one example.

Nevertheless, if – and it is a big if – the US manages to develop space weaponry, the pressure will be on Russia and China to respond in kind to counter a whole new threat level. That would mean both nations diverting resources into another realm of weaponry instead of developing their economies.

The US Space Force has to be seen in the wider context of Washington unravelling the entire system of global arms controls. The US withdrawal from the Anti-Ballistic Missile (ABM) treaty in 2002 was followed by its withdrawal from the Intermediate-range Nuclear Forces (INF) treaty last year. The Trump administration is moving towards scrapping New START in 2021, the third and last nuclear-arms control treaty.

There is an unconscionable effort by US governments over many years to incite a new arms race. Going into outer space is part of that effort. It is a gross violation of international law and the United Nations by the US to open up a new frontier for military dominance. And the US has utilized the 29-nation NATO alliance to rubber-stamp its criminal weaponization of space.