8 Jan 2020 – It’s estimated over a billion animals have now died in the bushfires ravaging Australia.

The original, conservative estimate of half a billion animal deaths in the state of New South Wales was recently raised by University of Sydney ecologist Chris Dickman.

“The original figure – the 480 million – was based on mammals, birds and reptiles for which we do have densities, and that figure is now a little bit out of date,” he told HuffPost.

The new prediction was 800 million, but even that wasn’t completely accurate as it didn’t include bats, frogs and invertebrates.

“If 800 million sounds a lot, it’s not all the animals in the firing line,” he told the publication. 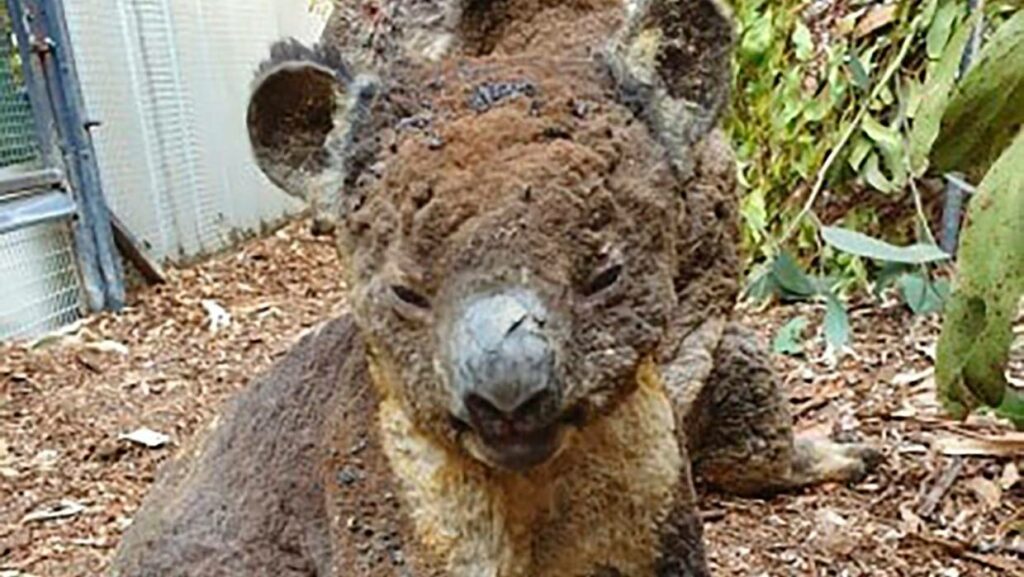 Koalas could become locally extinct in some habitats across the North and South Coast in NSW.
DANA MITCHELL/KANGAROO ISLAND WILDLIFE PARK VIA AP

Dickman had no doubt the loss of wildlife across the country was over one billion – even that would be a “very conservative figure”, he said. This estimate was confirmed by World Wildlife Fund Australia’s environmental scientist Stuart Blanch, who told HuffPost it would be a modest guess.

More than 8.4 million hectares of land had been scorched across numerous states, but the fires weren’t the only cause of death.

A University of Sydney spokesperson previously said while many would have been directly killed by the fires, others were dying of starvation, lack of shelter, and newly introduced predators such as feral cats and red foxes. 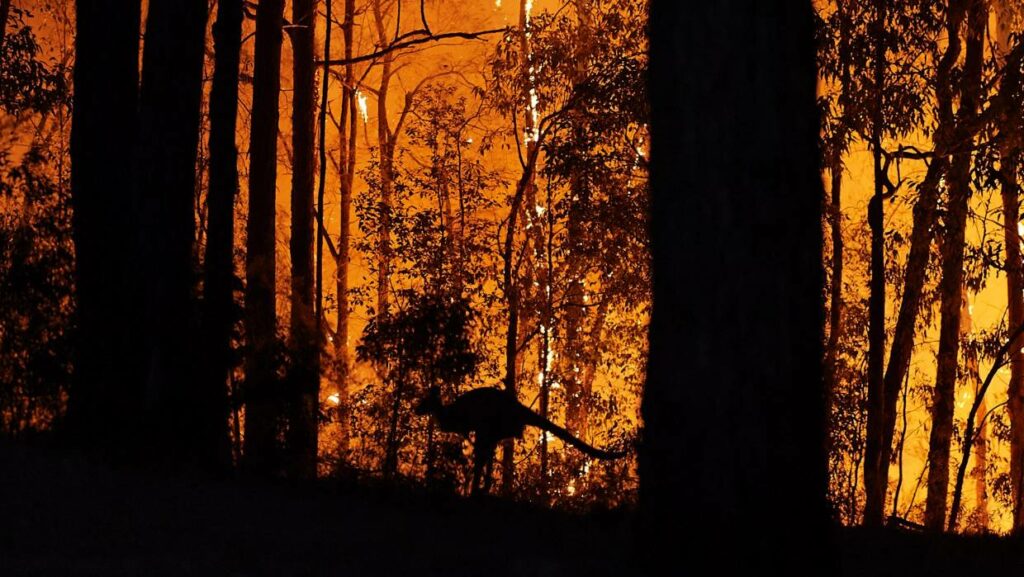 A kangaroo escaped the fire as the fire front approached a property in Colo Heights, Australia. BRETT HEMMINGS/GETTY IMAGES

While kangaroos and koalas have become the most recognisable wildlife victims of the fires, there were numerous, lesser-known species also in danger of being wiped out.

Hundreds of baby flying foxes were abandoned in NSW bushland by their mothers who fled burnt and drought-stricken areas due to a lack of food.

“Last week we had 300 come in, and we’ve been flat out feeding since then,” Wildlife Rescue South Coast secretary Jenny Packwood previously said. 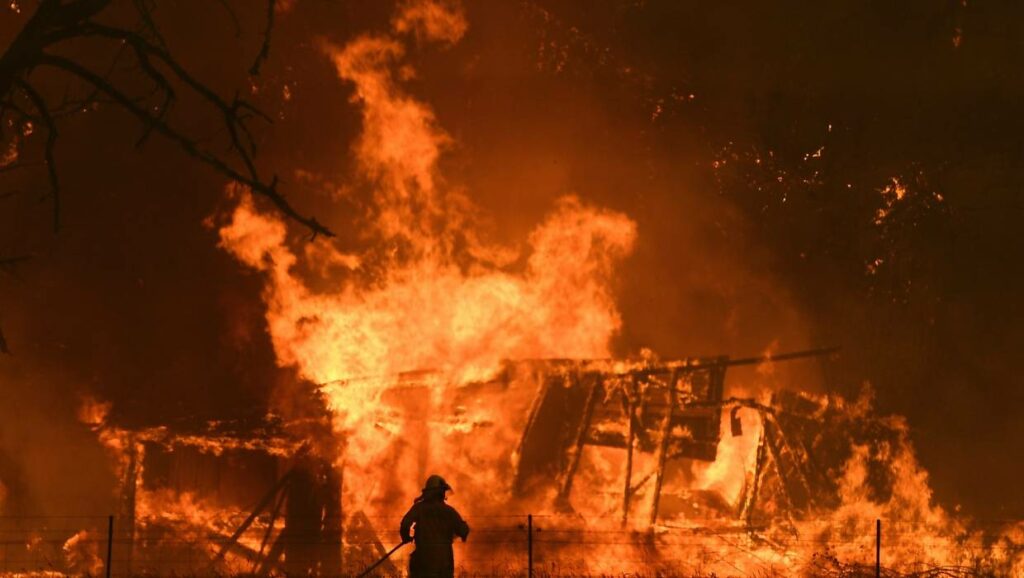 More than 900 homes in New South Wales have been confirmed destroyed this bushfire season. AP

Prior to the fires, an influx of grey-headed flying foxes had been admitted to Australia Zoo Wildlife Hospital due to drought conditions and a lack of food. Now that the fires were wiping out their habitats, more were being treated, according to conservationist Bindi Irwin. The zoo on the Sunshine Coast was just one of many wildlife hospitals caring for injured wildlife affected by the fires, and had so far treated 90,000 animals.

The zoo recently took in 600 bats that had to be evacuated from NSW, and had treated over 100 of them, Irwin explained on social media.

Over 600 bats were transported from caring facilities evacuated in New South Wales due to fire. Our Australia Zoo Wildlife Hospital has treated over 100 of these beautiful little souls. I wanted to share with you some of the sweet faces that are getting a second chance at life. 💛

Some of the animals on the critically endangered list included the southern corroboree frog and mountain pygmy-possum. The existence of glossy black cockatoos and spotted-tail quolls was currently threatened.

The country’s native koala population was also under threat, with half of the only disease-free population on Kangaroo Island in South Australia wiped out by the blaze. 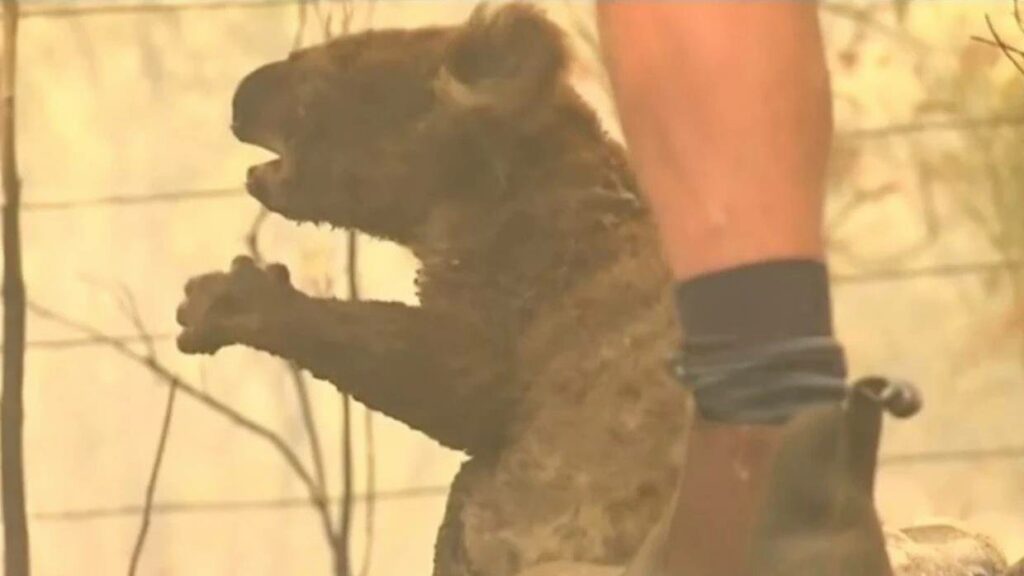 Experts warn drought and bushfires have combined to create a new level of threat to local wildlife. NINE

The fires, which burnt through almost one third of the 4400-square-kilometre island, could have potentially eliminated entire plant and animal species.

“Certainly, their population liability would have crashed for many of these species and their risk of extinction has been substantially increased.” 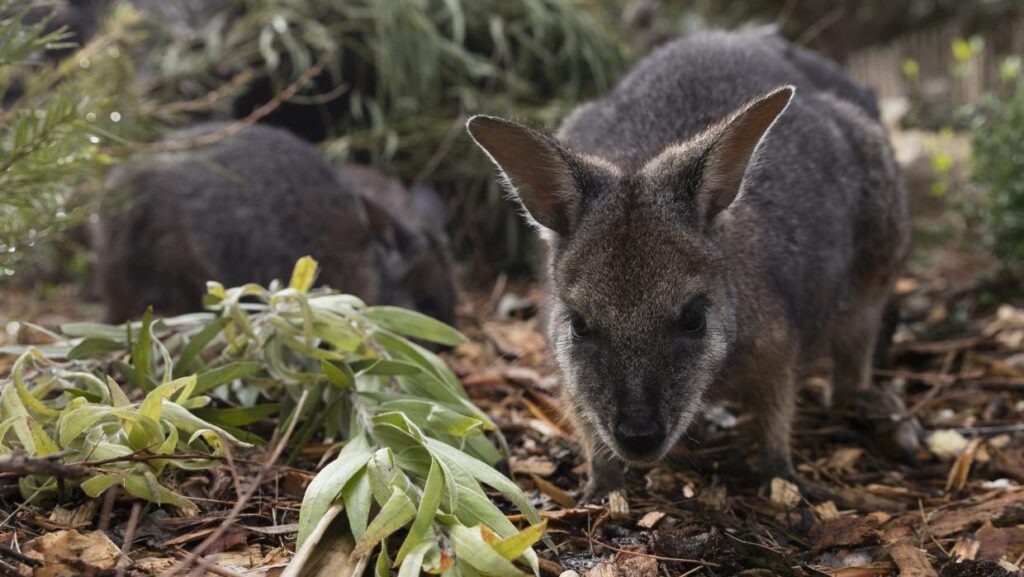 Potoroos could become locally extinct in some habitats across the North and South Coast in NSW. BROOK MITCHELL/GETTY IMAGES

Circumstances were similar on the mainland. Koalas and potoroos – a small marsupial and relative of the kangaroo – could become locally extinct in some habitats across the North and South Coast in NSW. Those that managed to survive the fires were still in danger. University of Sydney conservation biology professor Mike Letnic previously explained they too wouldn’t have anywhere to live and more mobile predators could return to “start mopping up vulnerable animals”.

were going to the aid of injured wildlife struggling to find food and water.