Why US Assassinated General Qassem Soleimani

All US attempts to isolate Iran by abrogating the nuclear deal “and imposing stringent, unwarranted and illegal economic sanctions on Iran have failed dismally,” and the attempt to destabilize the Islamic Republic “internally have also recently been met with defeat,” according to Dennis Etler, an American political analyst who has a decades-long interest in international affairs. 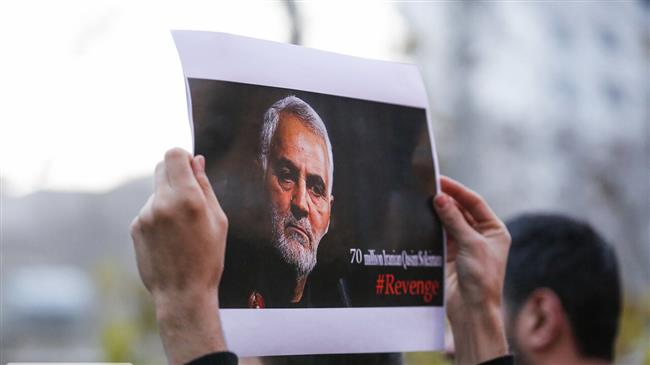 A demonstrator holds the picture of martyred Iranian Lieutenant General Qassem Soleimani during a protest in Tehran, January 3, 2020. (IRNA photo)

4 Jan 2020 – Lieutenant General Qassem Soleimani, the commander of the Quds Force of Iran’s Islamic Revolution Guards Corps (IRGC), and Abu Mahdi al-Muhandis, the second-in-command of Iraq’s Popular Mobilization Units (PMU), were killed in US airstrikes in the Iraqi capital Baghdad early on Friday [3 Jan]. The US strike took place at the Baghdad International Airport, killing eight other people.

Leader of the Islamic Revolution Ayatollah Seyyed Ali Khamenei promised “severe revenge” for the death of the military commander. Ayatollah Khamenei said the “cruelest people on earth” assassinated the “honorable” commander who “courageously fought for years against the evils and bandits of the world.” 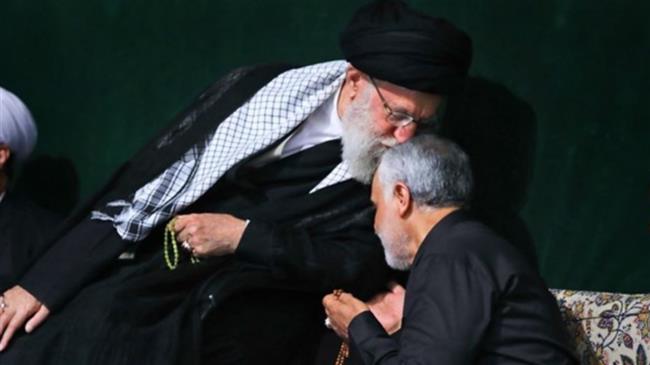 In an interview with Press TV on Saturday, Etler, a former professor of Anthropology at Cabrillo College in Aptos, California, said,

“In classic ‘wag the dog’ fashion Trump has escalated tensions in the Middle East to new heights. Why now, is the cry being heard around the world. Why should the US suddenly create an incident of unprecedented severity, putting the region on tenterhooks?”

“The reasons are manifold. The US attempt to isolate Iran by abrogating the JCPOA (aka Iran nuclear deal) and imposing stringent, unwarranted and illegal economic sanctions on Iran have failed dismally. While inflicting pain on the Iranian people, the US actions have galvanized the free world to come to Iran’s defense. While Europe, still shackled by its ties to the US, has equivocated, both Russia and China have demonstrated their commitment to Iran’s freedom and sovereignty militarily, economically and diplomatically,” he added.

“On the contrary, US attempts to destabilize Iran internally have also recently been met with defeat, both at home in Iran, and in Iraq. Resistance to the US presence throughout the region from Syria to Iraq to Yemen has increased. All this has placed the US position in the Middle East in jeopardy, necessitating a new attempt to create havoc in order to reassert its control by taking a minor incident, the killing of a US occupation contractor by the popular resistance, and inflating it out of all proportion, to the point where it trespassed on Iraqi territorial integrity and state sovereignty in retaliation, leading to the assassination of Iranian General Qassem Soleimani,” he stated.

“Other factors also come into play. Trump’s impending impeachment trial in the US Senate and Israeli PM Netanyahu’s domestic problems, also enter into the equation. Both need a distraction from their political woes and what better way to do that than lighting a fuse to a time bomb in the Middle East. Trump may hope to get voters to rally around the flag, but resistance to his policy of brinkmanship provoking Iran has been met with doubt and suspicion. The American people have been burned once too often and will not support a further escalation of tensions in the Middle East and an impending war with Iran,” he noted. 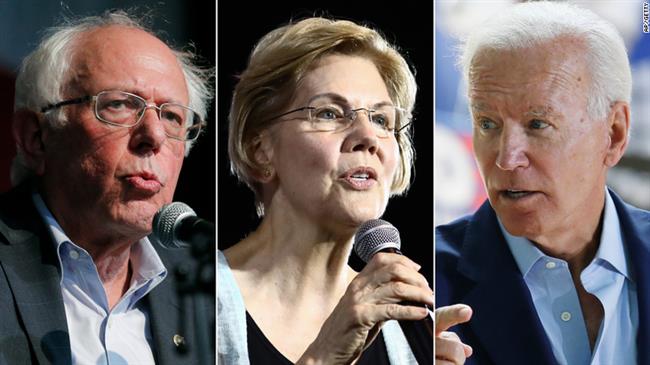 Trump’s action puts US on warpath: Democratic White House contenders.
Trump has said he authorized the assassination of the Iranian commander “to stop a war,” but his Democratic presidential contenders have said that his action has put the US on a warpath.

“Trump actions are like those of a buffoon who strikes a hornet’s nest because he’s been stung by a bee. He has unleashed forces beyond his control and will live to regret it,” Professor Etler concluded.

One Response to “Why US Assassinated General Qassem Soleimani”