Netflix’s The Messiah is the latest popular TV show supporting Israel in its propaganda war against the Palestinians. 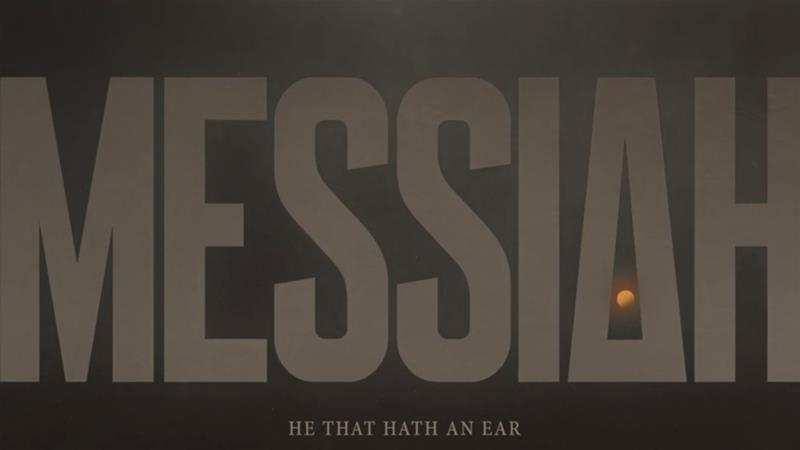 The latest addition to the list of TV shows supporting Israel in its propaganda war against the Palestinians is Netflix’s The Messiah.  [Screen grab/Netflix]

12 Feb 2020 – Israel‘s latest propaganda war is being waged through slick TV shows on various media service providers such as Netflix and HBO.

While racist depictions of Arabs and the glorification of Israel is not new in the film and TV industry, there has recently been a surge in programmes venerating the Israeli secret services while demonising Palestinians as threats to global security and erasing their history.

The most well-known is the Israeli Netflix series Fauda (meaning chaos in Arabic) which has been a global hit. The series follows an undercover Israeli special forces unit known as the “musta’ribim”, who disguise themselves as Palestinians to infiltrate Palestinian towns, villages and protests. They are particularly known for blending into protests dressed as young Palestinian men and kidnapping protesters. Fauda has been heavily criticised for dehumanising Palestinians and completely erasing the military occupation by failing to show any of the massive and visible infrastructure built across the West Bank and Gaza to keep Palestinians contained.

Another TV show, on HBO, called Our Boys, dramatises the infamous events surrounding the killing of three teenage Israeli settlers and the subsequent killing of a Palestinian boy, Mohammed Abu Khdeir. Many praised the show for being critical of Israel, particularly after Israeli Prime Minister Benjamin Netanyahu denounced it as “anti-Semitic”. However, the series not only reinforces the Israeli narrative but also shows Israel’s secret police agency Shin Bet as a defender of the rule of law. Similar Netflix programmes such as The Spy (starring Sasha Baren Cohen) also glorify the Israeli secret services as an agency of good fighting the bad, which inevitably happens to be all the neighbouring Arab countries.

The latest addition to the list of TV shows supporting Israel in its propaganda war against the Palestinians is Netflix’s The Messiah. In the show, a messiah-like figure from the Middle East causes concern for the CIA and the Shin Bet. In the first episode, he is seen to lead a group of Palestinian-Syrian refugees to Syria’s border with presumably the occupied Golan Heights. A fictional CNN reporter declares that “as displaced Palestinians they claim they are entitled passage into the West Bank as rightful citizens”. Yet Palestinian refugees in Syria come from historic Palestine, now recognised as Israel, and they do not demand to become citizens of the West Bank. Rather they demand their right to return to their villages and towns of origin from which they were displaced in 1948 – a right that is inalienable and enshrined in international law.

This is not pedantism; this kind of consistent and subtle denial of Palestinian rights seeps into what becomes hegemonic, accepted norms. This is further demonstrated when the show consistently refers to Jerusalem as Israel’s capital, while international law and consensus denies it as such in recognition of the Palestinian right to the city.

We also know far too well what happens when Palestinian refugees march to Israeli military fences and demand their inalienable rights to return home. Indeed the courageous Great March of Return in Gaza shows us the horrific consequences of such an action: Israeli soldiers shot dead hundreds of Palestinians. In contrast, The Messiah shows a few Israeli army jeeps standing by as the refugees camp next to the fence.

Other Palestinian protests later on in the series are consistently referred to as riots – a word commonly used by mainstream media to delegitimise political protest, evoking connotations of senseless violence and often holding heavy racial undertones.

The show also glorifies a troubled Shin Bet agent who kidnaps and tortures a young Palestinian boy to near death, while it is later discovered that he previously killed another Palestinian boy in an act of revenge. Not only are Palestinians so dehumanised that their torture and killing is seen as justifiable, but the agent is also portrayed as a tortured soul, a heroic protagonist who works with a CIA agent for the sake of world security.

Similar to the portrayal of the CIA in the show Homeland, in The Messiah, the Shin Bet is portrayed as an ultimately virtuous organisation that sometimes has to undertake “unsavoury” activities for the sake of the greater good. Yet we have clear documentation of the Shin Bet’s systematic human rights abuses and crimes against the Palestinians and others, including their torture and violent interrogations of Palestinians, which contravene international law and all considerations of morality. None of this is surprising, especially as the CIA continues to be portrayed as a force for good in mainstream media despite overwhelming evidence to the contrary.

While it can be expected that a large media organisation such as Netflix has no interest in humanising Palestinians or Middle Easterners or portraying their narratives accurately, it is particularly disappointing that Arab actors take part in these programmes and become complicit in racist propaganda and ultimately their own dehumanisation. Yet throughout the history of television and film this too has always been the case.

This latest surge of programmes focusing on Israel and trying to show it as a force for good is a clear attempt to win the current legitimisation battle. While it may seem like one of the less important battles, the effectiveness of such TV shows cannot be understated. They feed into global narratives on Israel and Palestine and soon become part of hegemonic norms or facts. Indeed in today’s world, media services such as Netflix, and their popular TV shows, are the main sources of knowledge for many people. And although not as crude as classic Orientalist cinema and TV, these programmes are no less racist and perhaps even more dangerous in their subtlety and slick presentation.