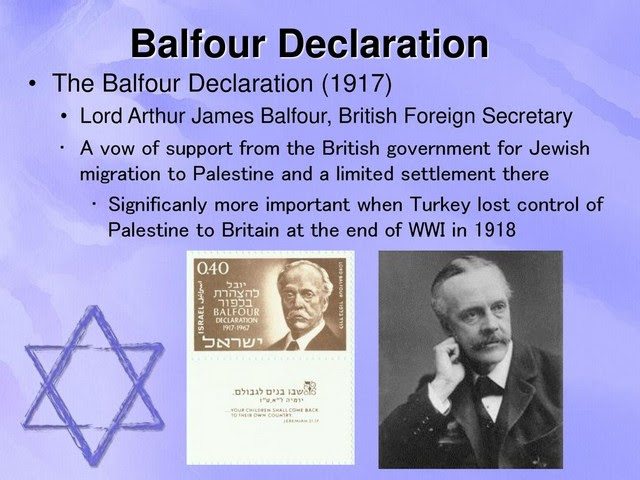 3 Feb 2020 – There are two schools of thought as to whither the fate of the newly revealed proposed settlement to the protracted Palestine problem. One espoused by Scott Ritter, former UN Weapons of Mass Destruction (WMD) Inspector, that it is an offer that Palestinians cannot refuse and the other that it must be rejected, not least because of its total disregard of justice for the Palestinians and their dignity.

With its obvious bias for Israel, President Trump’s so-called Deal of the Century or more accurately titled “Peace to Prosperity: A Vision to Improve the Lives of the Palestinian and Israeli People”, the Vision for short, released recently, is built on the late Israeli Prime Minister Yitzhak Rabin’s vision of “less than a state” for Palestinians as prescribed by the Oslo Accords and approved by the Knesset and “not rejected by the Palestinian leadership of the time”.  “In 1993, the State of Israel and the Palestine Liberation Organisation reached the first of several interim agreements, known collectively as the Oslo Accords.”

The argument is straightforward. If Palestinian leaders were agreeable to “less than a state” then why should the same not apply today? More importantly, while there is mention of further negotiations, Tel Aviv whether its Netanyahu or General Gantz, is already on board. The Vision, through some doublespeak also attempts to accommodate the non-division of Jerusalem, very much reflecting the Israeli bias. While the city will not be divided, the area which most symbolises the city’s essence of religious spirituality, where the tourist attractions are — tourism being an industry mentioned in the Vision — is handed over to Israel as her capital city, retaining the name Jerusalem. Meanwhile,

“East Jerusalem, located in all areas east and north to the security barrier…could be named Al Quds or another name as determined by the state of Palestine. While a physical division of the city must be avoided, a security barrier currently exists that does not follow the municipal boundary which already separates Arab neighborhoods (i.e., Kafr Aqab, and the eastern part of Shuafat) in Jerusalem from the rest of the neighborhoods in the city. The physical barrier should remain in place and should serve as a border between the capitals of the two parties.”

Will this satisfy the Arab nations who protested when Trump declared that the American Embassy to Israel was to move to Jerusalem, most notably Turkey and King Salman of Saudi Arabia?       That Palestinians are already protesting against the Vision is a clear signal that the people are far from enthusiastic despite the attempt to bribe them with US$50 billion over ten years to develop the Palestinian economy and rebuild its infrastructure destroyed by Israeli bombing. One million jobs are promised. Iran is clearly against it. According to Al-Monitor, Russia’s negative attitude to Trump’s deal is no secret.

To date, support or otherwise for the Vision, so-called, fall along the traditional divide of the binary division vis-a-vis those who are pro-Palestine and others who are pro-Israel.

Naturally, Palestine will be reinstated on the world map but with less than full sovereignty. Its very profile as envisioned in this distorted Vision is a state that surrenders its security to its occupiers, totally demilitarised, its education curriculum must in no way undermine the integrity of the enemy and accept the loss of lands to the illegal Jewish settlements on occupied lands. In short, the Palestinians must allow for the consolidation of the Balfour Declaration and more. Any breach would only mean giving the Jewish state the right of retribution which will further erode the basic human rights of Palestinians, as an occupied people. It is no exaggeration to suggest that in agreeing to the Vision the Palestinians are legalising their own enslavement to the tyranny of the Jewish state.

Will They? Should They?

The answer is, of course, no. Why should the Palestinians submit to tyranny when international law and order is on their side? For instance, by agreeing to Trump’s idea of a solution the Palestinians are denying their right to protection from the International Criminal Court (ICC) their recourse to justice against the tyrant under the present circumstances. Should they for US$50 billion over 10 years and the million jobs promised renounce all rights that would secure them their dignity and the return of lands stolen from them? Or is there restitution in economic development?

If, as Ritter suggests, this is the chance of a lifetime for the reinstatement of Palestine and its economic development, how can the Palestinians refuse this deal when a refusal means the perpetuation of poverty and their ultimate genocide? After all, the Palestine Liberation Organisation’s (PLO) acceptance of UN Security Council Resolutions 242 — the land-for-peace principle — already granted Israel a window to security and recognised borders. Given this concession, some would argue that the PLO should never have signed the Oslo Accords. The UN Security Council’s resolution 242 was the cornerstone upon which Israel was recognised by Egypt and Jordan. A few days ago the PA announced its intention to cancel the Oslo Accords and will not adhere to the agreements. Having made their position known, a request was made to the Arab League to convene a ministerial level extraordinary meeting to discuss Trump’s Deal of the Century.

Seven decades have passed since the Nakba ( catastrophe for the Palestinians and other Arabs) and there is a growing silence in the corridors of power. A deafening silence that ignores the Israeli war crimes and crimes against humanity perpetrated on the Palestinians. In fact, even worse is Trump’s attempt to make legal the illegal Jewish settlements in the occupied territories.

Who will defeat the European perpetrators of the Jewish genocide through regular pogroms and ultimately, the Holocaust, deniers notwithstanding? The Palestinians have endured 70 years of Israeli tyranny so Europe may find atonement for their sins. Who amongst the mighty will champion the Palestinian cause?

Contemporary global civil society is now strengthening a peaceful campaign to defeat expansionist Israel and restore Palestine. The Boycott Divestment Sanctions (DBS) Movement against Israel is currently the only light in the tunnel. That friends of the Tel Aviv government are taking legal measures to undermine the Campaign suggests clearly that the BDS Movement is gaining traction. But it has yet to achieve a critical mass that can bring Tel Aviv to heel and the apartheid Jewish state ended and occupied Palestinian lands freed. Yes, South Africa benefited from a series of boycott initiatives. But is there time for Palestine? Even the UN once predicted that this year, 2020, Gaza will be uninhabitable given the deliberate destruction of its infrastructure by Israel including the delivery of treated water.

Furthermore, without the right of return, can Palestinians make that decision which will bring to an end their diaspora status? Some postulate that Trump’s proposal is designed to fail. Already the head of the Palestinian Authority (PA), Mahmoud Abbas, has rejected it and the PA has complained of the lukewarm, if at all, support of the Arab nations for the Palestinian position. Hamas is asking for a meeting with the PA. Given that the Vision demands its dissolution one cannot see Hamas agreeing to its annihilation.

The prospects do not bode well. What will be the way forward for Palestine? Should not the consolidation of the multipolar world be speeded up in the hope that the United Nations might yet play its assigned role and not be the handmaiden to US hegemony as it so obviously is, now?

Askiah Adam is Executive Director of the International Movement for a JUST World (JUST), in Malaysia.

Anticopyright: Editorials and articles originated on TMS may be freely reprinted, disseminated, translated and used as background material, provided an acknowledgement and link to the source, TMS: Trump Attempting to Consolidate the Balfour Declaration, is included. Thank you.