13 Mar 2020 – Chelsea Manning, the whistleblower who refused to answer questions before a federal grand jury empaneled as part of the US conspiracy against WikiLeaks founder Julian Assange, was released late yesterday after spending the last year in jail. Manning’s release occurred one day after the courageous fighter for truth attempted suicide in her cell and was hospitalized by prison authorities.

As of Wednesday, Manning was recovering in the hospital. According to Nils Melzer, the UN special rapporteur on torture, her condition has been upgraded from critical to stable.

Without acknowledging her heroic act of defiance, Federal District Court Judge Anthony J. Trenga issued the order granting Manning’s immediate release following his declaration that the business of the grand jury had concluded and was dismissed. 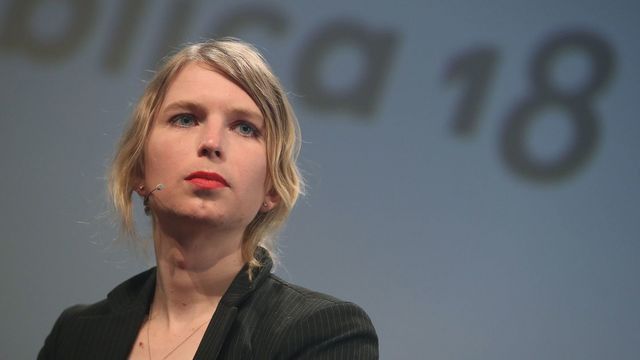 Even though it was known within days of Manning’s jailing in March 2019 that she would never give testimony, Judge Trenga’s order states that “the Court finds that Ms. Manning’s appearance before the Grand Jury is no longer needed, in light of which her detention no longer serves any coercive purpose.”

At the same time, Judge Trenga also continued his vindictive persecution of Manning by denying her motion “to vacate the conditional fines accrued against her to date.” This means that the accumulated fines of $256,000 imposed by the court on Manning for refusing to testify are “due and payable immediately to the Clerk” of the US District Court for the Eastern District of Virginia.

Additionally, it should be recalled that Manning was released when the term of the initial grand jury expired on May 9—after spending 63 days in jail beginning on March 8—only to be rearrested and sent back to prison on May 16 when a new grand jury was convened. The possibility remains that still another grand jury will be convened and Manning will be jailed for a third time on contempt charges.

The Eastern District Court in Virginia has been at the center of the international conspiracy against Julian Assange since the US Department of Justice (DOJ) indicted the WikiLeaks editor on seventeen counts of violating the Espionage Act on May 23.

Once Assange was forced from his asylum in the Ecuadorian embassy in London on April 11, he was immediately arrested and jailed by UK authorities and held over for extradition to the US without being charged with a crime. By that time, Judge Trenga had already convened the initial grand jury with the aim of gathering evidence as part of its extradition case against the journalist who is only guilty of reporting to the public the truth about the crimes of America and the other imperialist powers.

When Manning was originally subpoenaed to testify a year ago, she stated to the press, “I object strenuously to this subpoena, and to the grand jury process in general. We’ve seen this power abused countless times to target political speech. I have nothing to contribute to this case and I resent being forced to endanger myself by participating in this predatory practice.”

Despite her jailing by Judge Trenga for contempt of court—and being placed in solitary confinement at the William G. Truesdale Federal Detention Center in Alexandria, Virginia—Manning’s position has never wavered. If anything, her principled resolve grew stronger over the past year as the weeks and months went by.

For example, prior to being sent back to jail in May, and after a federal appeals court unanimously denied a motion to halt her incarceration, Manning sent an eight-page letter to Judge Trenga explaining her intransigent stance against testifying. It said, “I can—without any hesitation—state that nothing that will convince me to testify before this or any other grand jury for that matter. This experience so far only proves my long held belief that grand juries are simply outdated tools used by the federal government to harass and disrupt political opponents and activists in fishing expeditions.”

Manning is recognized around the world as a hero both for her stance against the secret grand jury and for exposing the crimes of US imperialism in turning over the Afghan and Iraq “war logs” and diplomatic cables to WikiLeaks in early 2010 while she served in the US Army. Manning was arrested by military police on May 27, 2010 and faced twenty-two charges of violating the Uniform Code of Conduct and the Espionage Act.

She was then tortured while held at the military prison in Quantico awaiting her court-martial and was convicted in July 2013 and sentenced to 35 years in prison after pleading guilty to ten of the charges against her. She was imprisoned at Fort Leavenworth and served three and a half more years before her sentence was commuted by President Barack Obama on January 17, 2017.

Manning has been the recipient of numerous whistleblower awards internationally for her actions in defiance of the most powerful government and military-intelligence regime in the world. The vindictive persecution of Chelsea Manning by Judge Trenga and the US courts is an attempt to silence and intimidate anyone who might consider exposing the ongoing criminality of the US government, military or corporations.

In response to the release of Manning, award winning journalist and film director John Pilger—who has been in the forefront of the fight to free Julian Assange—tweeted, “Chelsea Manning has been freed, but only after trying to take her life again. The thug-judge who tried to intimidate her into lying about Julian #Assange failed. This may be the first significant crack in the #Assange case. Now demand this hero’s freedom.”

In a related development, Jeremy Hammond, who also refused to testify before the grand jury against Assange, was also released by Judge Trenga and is being returned to the Federal Corrections Institute in Memphis, Tennessee. The “hacktivist” Hammond had provided secret documents from the intelligence contractor Stratfor to WikiLeaks in 2012 and is serving a ten-year sentence after pleading guilty to one count of violating the Computer Fraud and Abuse Act.