Insights into China’s Victory over the Coronavirus 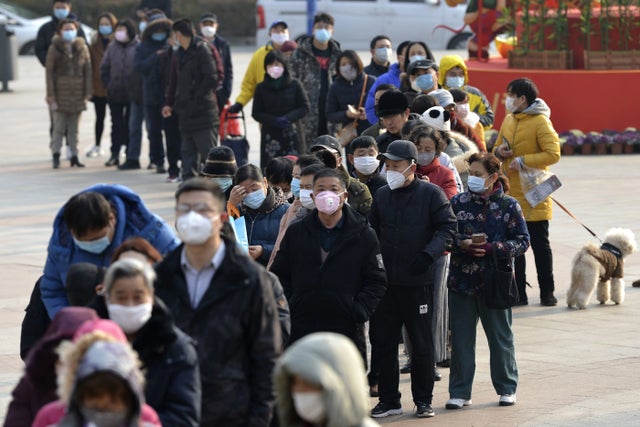 30 Mar 2020 –What we have experienced in the past two months is too dreamy and now, in retrospect, it seems not so real.

On January 23, the day before Chinese New Year’s Eve, people who were ready to celebrate the New Year were shocked by the sudden outbreak of the virus. Wuhan, a super big city with a population of 11 million, was declared closed by the government. Anxiety and unease quickly enveloped the whole country.

According to the government’s guidance, people cancelled New Year’s travels and family reunions one after another, stayed in their own homes according to experts’ suggestions, and kept updating the news with anxiety.

Usually, during the Chinese New Year, there will be 4 billion trips, 70% of which had been cancelled temporarily.

The government quickly organized forces to build two infectious disease hospitals in about 10 days, and soon dozens of other temporary hospitals were built.

All kinds of enterprises across the country moved quickly to work 24 hours a day to expand the production of epidemic prevention materials. Logistics enterprises also moved to ensure that epidemic prevention materials could be quickly transported to the front line. Further, the army dispatched planes, vehicles and personnel to participate in the materiel support work.

In Wuhan, numerous government workers, police and volunteers took part in the epidemic prevention work. When the city pressed the pause button and shut down completely, they did their best to ensure that the basics of what all citizens would need could be delivered in time to every household and family who were isolated in their homes.

As I said, this is a city of 11 million people. Imagine what kind of scene it would be if that distribution of the necessities had not been effectively organised.

While a large number of medical workers were racing against time to save lives in Wuhan under China’s unique political system, prevention and isolation measures have also been implemented to every capillary of the country’s body and to every citizen.

People even joked on social media about the fact that they had never thought to be able to contribute to their country just by lying and relaxing at home!

With all people’s full-hearted efforts, the results began to show, more and more patients recovered and were discharged from hospital, and fewer and fewer new cases were reported.

Finally, after more than 50 days of fighting, there were no more new cases in the country.

This was a great battle in which all 1.4 billion Chinese participated.

However, new challenges are beginning to emerge.

As more and more people come back from other countries, the number of patients is increasing day by day, and everyone’s slightly relaxed, we are beginning to be nervous again.

Relevant departments are actively coping with the situation. In this fight against the virus, I believe we can achieve the final victory.

Behind all this, there are deep cultural roots. There are several basic concepts here, in the Chinese context, their meanings are completely different.

First of all, in Chinese, the word “country(国家) ” is composed of two words: “country（国）” and “home（家）”, which means the “country” is the “home” of all its people, everybody is in the same big family. Only by ensuring the safety of a large family can there be hope for the safety of small families.

This is a concept deeply rooted in the genes of every Chinese.

National interests are higher than individual interests. In fact, there is another word in Chinese culture – “one family in the world”, which means that the whole world is actually a big family. Therefore, in the Chinese way of thinking, it is natural and logical to provide help to countries with serious epidemics such as Iran, Italy and Spain.

Secondly, the Chinese Communist Party is not a party in the Western sense. It is not a party quarrelling and competing with other parties for the interests of one or the other group. The Party is, rather, a team of experts who have been carefully selected to run the country and serve all the people in the best way.

One hundred years ago, everything collapsed in ancient China. Many people went to the West to look for a rescue plan. They returned and introduced the concept of a political party and formed various parties. However, from ancient times to 1921, the word “party” has always been a negative word in the Chinese context. It represented the self-interest of small groups and was despised by Confucianism.

At present, the “Party” generally refers to the Chinese Communist Party. However, I would like to say that the concept of “party” is only a designation or a suit made according to the Western model and worn by the governing body which is led fundamentally by Confucianism. (More about this philosophy at Wikipedia, at Encyclopædia Britannica, at ReligionFacts and at Ancient History Encyclopedia.

Therefore, when people in the West think that the one-party system in China is a dictatorship by the Communist Party, it a complete misunderstanding.

Finally, regarding public ownership, China is implementing a basic economic system with public ownership as the main body and multiple different ownership economies developing together. State-owned enterprises are not oriented to maximize profits, but to maximize social benefits, so when the crisis comes, resources can quickly be mobilized.

In fact, China’s public ownership economy has existed for more than 2,000 years. In 120 BC, in the Han Dynasty times, a big debate was held between senior government officials and experts and scholars composed of more than 60 people. The debate lasted for five months.

Therefore, in order to understand what was done to fight and control the Coronavirus in the Wuhan campaign, it is absolutely essential to understand the significance of these three keywords in the Chinese context.

One Response to “Insights into China’s Victory over the Coronavirus”