Justice for the Rohingya: Lessons from the Khmer Rouge Tribunal 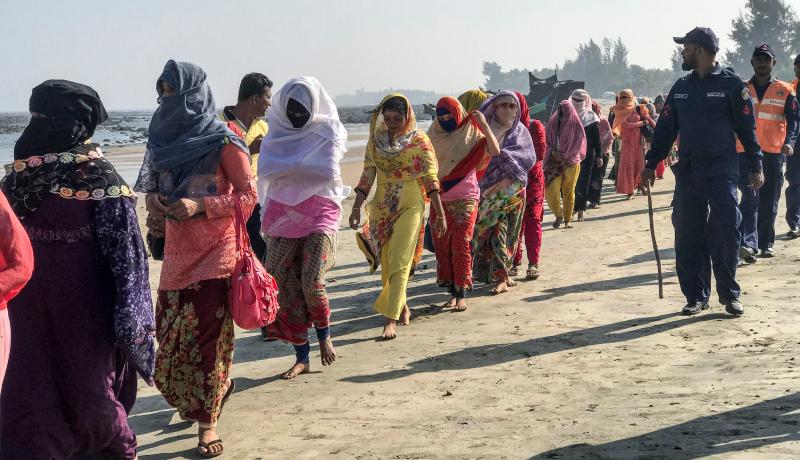 International criminal justice provides a stark reminder that state sovereignty is not an absolute, and that the world’s most heinous crimes should be prosecuted at an international level, particularly where domestic systems lack the capacity or will to hold perpetrators to account.

The post-Cold War period witnessed a dramatic rise in the number of international tribunals with jurisdiction over war crimes and serious human rights abuses in countries including Cambodia, East Timor, Rwanda, Liberia, Sierra Leone and Yugoslavia. With these processes approaching, or having reached the end of their dockets, many have called for the creation of new tribunals to address more recent conflicts, including the army crackdown in Myanmar in 2017 that resulted in evidence of crimes against humanity against the Rohingya.

In January this year, the International Court of Justice (ICJ) imposed emergency provisional measures on Myanmar, instructing it to prevent genocidal violence against its Rohingya minority. But a final judgement is expected to take years and the ICJ has no way of enforcing these interim measures. Myanmar has already responded defiantly to international criticism.

Myanmar is not the first country to face scrutiny for such crimes in Southeast Asia. The Extraordinary Chambers in the Courts of Cambodia (ECCC), more commonly known as the Khmer Rouge Tribunal was established in 1997 to prosecute Khmer Rouge leaders for alleged violations of international law and serious crimes perpetrated during the Cambodian genocide. This provides an opportunity to consider whether the Tribunal can act as a ‘hybrid’ model for justice in the region.

The first lesson that can be taken from the Cambodian context is that the state must have the political will and commitment to pursue accountability. It was indeed the Cambodian government itself, who requested international assistance from the United Nations (UN), to organize a process for holding trials. The initial recommendation of the UN-commissioned Group of Experts was for the trial to be held under UN control, in light of misgivings about Cambodia’s judicial system. Prime Minister Hun Sen rejected this assessment and in prolonged negotiations, continued to spearhead the need for domestic involvement (arguably, in order to circumscribe the search for justice). This eventually resulted in the creation of a hybrid body consisting of parallel international and Cambodian judges and prosecutors with supermajority decision-making rules.

It is worth noting that the Hun Sen government initially chose to do business with former Khmer Rouge leaders, until it became more advantageous to embrace a policy of putting them on trial. It is possible to infer from this that there will be no impetus for action in Myanmar until it is domestically advantageous to do so. At present, this appetite is clearly lacking, demonstrated by de-facto leader Aung San Suu Kyi shying away from accountability and instead defending the government’s actions before the ICJ.

One unique aspect of the Khmer Rouge Tribunal has been the vast participation by the Cambodian people in witnessing the trials as well as widespread support for the tribunal. This speaks to the pent-up demand in Cambodia for accountability and the importance of local participation. While international moral pressure is clear, external actors cannot simply impose justice for the Rohingya when there is no domestic incentive or support to pursue this. The reality is that the anti-Rohingya campaign has galvanized popular support from the country’s Buddhist majority. What is more, the Rohingya are not even seen as part of Myanmar so there is an additional level of disenfranchisement.

Secondly, the Cambodian Tribunal illustrates the need for safeguards against local political interference. The ECCC was designed as national court with international participation. There was an agreement to act in accordance with international standards of independence and impartiality, but no safeguards in place against serious deficiencies in the Cambodian judicial system. Close alliances between judges and the ruling Cambodian People’s Party, as well as high levels of corruption meant the tribunal effectively gave Hun Sen’s government veto power over the court at key junctures. Despite the guise of a hybrid structure, the Cambodian government ultimately retained the ability to block further prosecutions and prevent witnesses from being called.

In Myanmar, political interference could be a concern, but given there is no popular support for justice and accountability for crimes committed against the Rohingya, the prospects of a domestic or hybrid process remain unlikely. However, there are still international options. The investigation by the International Criminal Court (ICC) into crimes that may have taken place on the Myanmar–Bangladesh border represents a potential route for justice and accountability. The UN Human Rights Council has also recently established the Independent Investigative Mechanism for Myanmar (IIMM), mandated to collect and preserve evidence, as well as to prepare files for future cases before criminal courts.

Finally, the Cambodian case illustrates the culture of impunity in the region. The ECCC was conceived partly as a showcase for international standards of justice, which would have a ‘contagion effect’ upon the wider Cambodian and regional justice systems.

Cambodia was notorious for incidents in which well-connected and powerful people flouted the law. This culture of impunity was rooted in the failure of the government to arrest, try and punish the Khmer Rouge leadership. The Tribunal, in holding perpetrators of the worst crimes to account, sought to send a clear signal that lesser violations would not be tolerated in the same way. Arguably, it did not achieve this in practice as Cambodia still has a highly politicized judicial system with high levels of corruption and clear limits to judicial independence.

What this illustrates is that the first step towards accountability is strengthening domestic institutions. The United Nation’s Special Rapporteur on the situation of human rights in Myanmar has urged domestic authorities to embrace democracy and human rights, highlighting the need to reform the judicial system in order to ensure judicial independence, remove systemic barriers to accountability and build judicial and investigatory capacity in accordance with international standards. Based on this assessment, it is clear that domestic institutions are currently insufficiently independent to pursue accountability.

The ECCC, despite its shortcomings, does stand as proof that crimes against humanity will not go completely unpunished. However, a process does not necessarily equal justice. The region is littered with justice processes that never went anywhere: Indonesia, Nepal, and Sri Lanka. International recourse is also challenging in a region with low ratification of the ICC, and the absence of regional mechanisms like the Inter-American Court of Human Rights, the European Court of Human Rights, and the African Court on Human and Peoples’ Rights (although their remit is not mass atrocity prosecutions).

The Cambodian case study illustrates the challenges of ensuring justice and accountability within the region. The end of impunity is critical to ensure peaceful societies, but a purely legalistic approach will fail unless it is supported by wider measures and safeguards. It is these challenges, that undermine the prospects for ensuring justice for the Rohingya within Myanmar.