Not Letting Covid-19 Crisis Go to Waste? US Ramps up War on Drugs… Focusing on Venezuela’s Maduro

1 Apr 2020 – US President Donald Trump has announced a massive naval deployment in the Caribbean to prevent drug cartels from ‘exploiting’ the Covid-19 pandemic, with the military singling out Venezuela as a major threat to America.

“We must not let the drug cartels exploit the pandemic to threaten American lives,” Trump said at the outset of what was scheduled to be a daily Covid-19 task force press conference.

Raising the specter of a national security threat, the US military officials warned Americans of a growing menace from “criminals, terrorists and other malign actors,” but called out only Venezuelan President Nicolas Maduro by name.

“The Venezuelan people continue to suffer tremendously due to Maduro and his criminal control over the country, and drug traffickers are seizing on this lawlessness,” said Defense Secretary Mark Esper.

Also: Hard pass on the Noriega remix? US narcotrafficking charges against Maduro straight out of Panama playbook 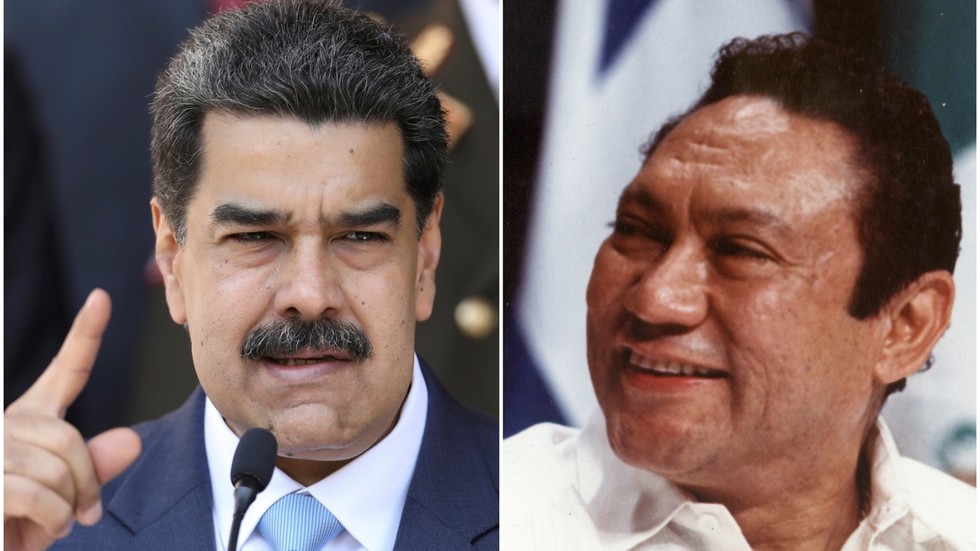 Also present for the announcement was General Mark Milley, chairman of the Joint Chiefs of Staff, who declared three wars in a single breath – on the coronavirus pandemic, terrorists and drug cartels – distracting from the fast-accelerating health crisis gripping the country.

Attorney General William Barr was on hand as well, to announce the action. The Department of Justice indicted Maduro on “narco-terrorism” charges last week, accusing the socialist leader of conspiring with Colombian militants to “flood” the United States with cocaine. Apparently short on evidence, however, the State Department on the same day issued a $15 million reward for any “information related to” the Venezuelan president.

In addition to Maduro, the US accused 14 other current and former Venezuelan officials for their alleged roles in the drug trafficking conspiracy, though Washington has yet to offer up evidence to support any of the charges.

Narco Rubio admits the “war on drugs” is a cheap cover for US interventionism and stealing resources.

He doesn’t have much to say about the cartels that enriched his ex-con cocaine cowboy brother-in-law Orlando Cicilia, or the US-backed Colombian government they control. https://t.co/ETIeGEJTcK

While Esper declined to say how long the mission would last, the Caribbean deployment will involve several Navy destroyers and other warships, Air Force surveillance craft and some 10 Coast Guard cutter vessels, which Trump said would double US drug interdiction efforts in the region.

Seemingly thrilled about the prospect of a Manuel Noriega redux – the Panamanian leader charged with drug trafficking in the 1980s and later ousted from power in a US invasion – Senator Marco Rubio (R-Florida) taunted Maduro, who he said would not find the American military presence near his borders “comforting.”

More: Coup plan B! US tells Guaidó he may renounce his Venezuela ‘presidency’ claim – but they’ll still support him

The change of strategy comes after more than a year of efforts to remove Maduro from office, imposing a raft of crippling sanctions targeting the country’s vital petroleum sector, as well as supporting self-declared “interim president” and opposition figurehead Juan Guaido, whose attempted military coup last April fizzled out.

Seeing that Guaido was unlikely to seize the reins of power anytime soon, the US State Department called on the politician to renounce his claim to the presidency on Tuesday, instead asking him to take part in a “transition framework” under which Guaido and Maduro would share power until new elections could be arranged.

Caracas swiftly rejected the “pseudo-interventionist proposal” as ridiculous, insisting it would not accept “tutelage from any foreign government.”