The Muslim Religious Community and the Global War on COVID-19

30 Mar 2020 – The world is going through an unprecedented multi-dimensional crisis caused by the rapid spread of the virulent COVID-19. Religious authorities and scholars all over the Muslim world are engaged, like other actors in society, in countering the spread of the disease and in supporting health authorities by disseminating their recommendations to the population and conferring on these recommendations a religious obligation. This attitude transcends the sectarian or ideological divides in Muslim societies. The International Union of Muslim Scholars, Alazhar in Cairo, Sistani’s office in Najaf, and many learned societies, scholarly groups and independent Muslim scholars have issued in the past couple of weeks numerous converging fatwas and calls to Muslims on how to behave during the COVID-19 crisis. Various modes of dissemination are used: conventional media, official websites, social media such as Facebook and Twitter, and e-messaging platforms such as WhatsApp and Telegram. 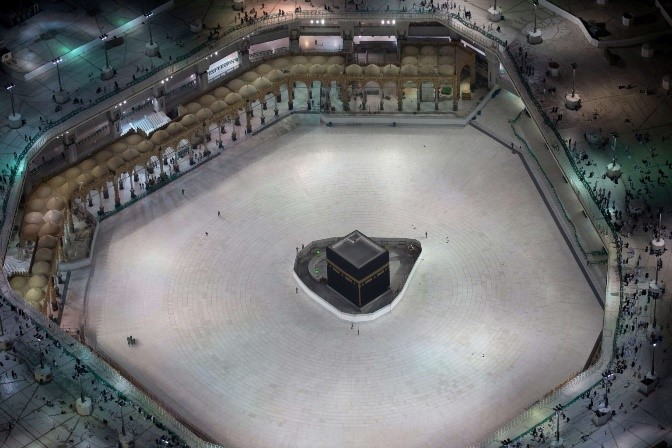 To support their opinion, Muslim scholars draw arguments from the tradition of the Prophet relating to individual and collective hygiene, since “cleanliness is part of faith” [1] in Islam, such as the recommendation to wash one’s hands regularly and particularly before eating, or to perform ablutions before prayer (at least five times a day for compulsory prayers).

They also refer to the recommendations of the Prophet pertaining to the measures to be taken in times of epidemics, notably his instructions to the believers that “if you hear that the plague is in a land, do not go there, and if it breaks out in a land where you are, do not leave, fleeing from it” [2] , that “those with [contagious] diseases should be kept away from those who are healthy” [3], or that “whoever in a time of plague stays at home showing patience, awaiting the reward of God, knowing that nothing will happen to you except what God has prescribed, will have the reward of a martyr.” [4] These teachings of the Prophet (hadiths) are considered by religious scholars to be the basis of quarantine and they use them to persuade people to follow the recommendations of health authorities and to stay at home unless there is a pressing necessity.

In the fight against the spread of COVID-19, the five pillars of Islam are impacted or/and mobilised: profession of faith (tashahhud), prayer (salāt), almsgiving (zakāt), fasting (siyām) and pilgrimage (hajj).

By testifying that there is no other divinity than God, the Muslim accepts the supreme authority of the Creator and, at the same time, rejects and resists all forms of false deity, be it the authority of a despot, the power of money, the passion of self, or anything similar. Tashahhud may be considered the keyword to a liberating submission. This submission to the will of God is referred to in the scholars’ fatwas when they ask the believers to face COVID-19 with a high degree of trust in God and to avoid panic.

Prayer is considered in the Islamic tradition as the bond between the believer and God. When it is performed collectively, it represents also a social bond and allows the members of the local community to meet, to exchange and to help each other. For the past couple of weeks, daily collective prayers and the Jumu’a (Friday noon) prayer have been suspended in mosques and public places all over the world in order to limit contamination with COVID-19. Muslim scholars have shown in their rulings that this kind of suspension already occurred in Islamic history in circumstances that required it. They have also mentioned the teaching of the Prophet asking worshippers to “refrain from entering a mosque when you eat garlic” [5] to avoid inconveniencing people with the bad breath, and this is even more true to avoid harming others’ health by disseminating the Coronavirus.

Zakāt, at the individual level, contributes to purifying wealth and increasing it. It also contributes in distancing the individual from the worship of wealth. At the collective level, it is an effective mechanism of social solidarity, since it contributes to the redistribution of wealth among the various groups of the community. Muslim scholars are calling for solidarity to mitigate the dramatic effects of COVID-19. Several of them have issued a fatwa allowing the believers to give the zakāt before the legal deadline in order to help the needy to secure food, medicines and medical treatment, and to mitigate the effects of the lockdown imposed by COVID-19.

Siyām is an exercise that is good for the health since it allows the body, at least once a year, to eliminate toxins and alleviate the gastrointestinal tract. It is also a process of spiritual healing, since the fasting is usually accompanied by intense spiritual activity. Siyām also fosters solidarity within the community, since the one who fasts is more sensitive to deprivation. It is expected that the behaviour of Muslims during the month of Ramadhan this year (23 April – 23 May) will be impacted by COVID-19. The long evening supererogatory prayers performed during Ramadhan collectively in mosques will be suspended, since even the collective practice of mandatory prayers is already suspended.

Hajj is both a personal and collective spiritual experience. It is a journey of return to God with the detachment of the body and the soul from anything else. It commemorates the tradition of Prophet Abraham and recalls the oneness of God and the unity of Humanity. Hajj is also a ceremony that underlines the equality of all in the sight of God and erases for a few days all socioeconomic differences; everybody wears the same modest white robe and performs the same rituals. Nobody is privileged in any way whatsoever. Hajj is not only a convention of faith but also a festival that promotes exchange between peoples – of diverse ethnic origins – from all over the world, as well as an annual forum to address the state of the global community. Since early March, the usually crowded courtyard of the House of God (Ka’ba) in Mecca has been empty. The smaller pilgrimage (umra) was suspended first for Muslims coming from outside Saudi Arabia, then for residents of the kingdom. The shrines in Iraq, Iran and elsewhere are closed. And it is very likely that even the main annual pilgrimage (hajj) will not take place, in the unfortunate event that COVID-19 remains till this year’s season (end of July, beginning of August 2020).

Muslim scholars are also fighting on another front, issuing on a daily basis warnings against fake news and opinions against the misuse of Qur’anic verses and hadiths of the Prophet by some charlatans who have proliferated in social media in the past couple of weeks, claiming to have a miraculous remedy to COVID-19, propagating superstitious thoughts or conspiracist explanations.

COVID-19 seems to have built a consensus among the community of Muslim scholars on the need to work together with others, despite the diversity of their ideological references and political views, in order to face this health disaster collectively, and to assume fully their role as influencers in society.

Abbas Aroua is a medical physicist and adjunct professor at the Faculty of Medicine of the Lausanne University, Switzerland. He is director of the Cordoba Peace Institute Geneva and Convener for the Arab world of the TRANSCEND Network for Peace Development Environment.