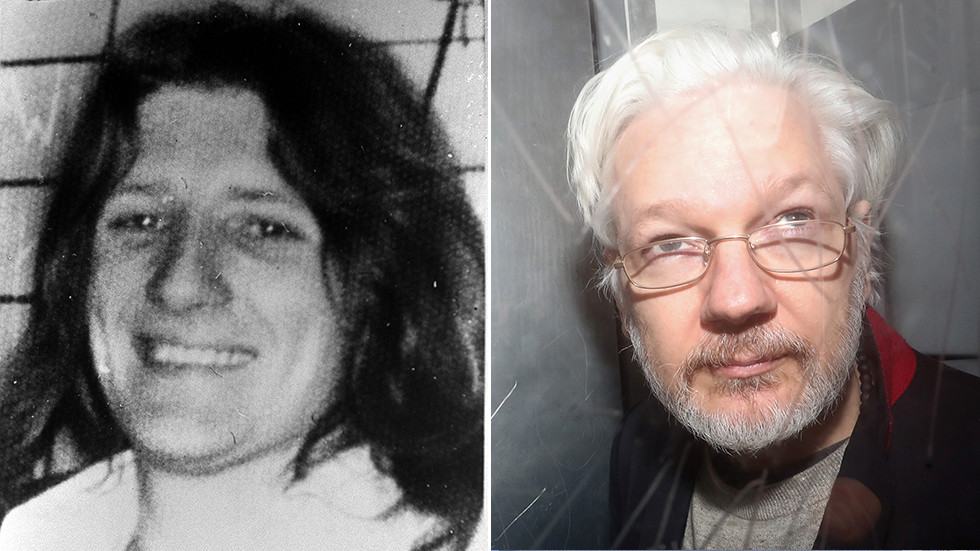 6 May 2020 – The British government allowed IRA hunger-striker Bobby Sands to starve to death in 1981. It is showing the same lack of judgment today on what is right and wrong, by callously letting another political detainee die needlessly.

Insanity is often defined as doing the same thing over and over and expecting different results. On that charge, Britain is guilty.

39 years ago, on May 5, 1981, Bobby Sands died after refusing food for 66 days at Her Majesty’s Prison Maze in Northern Ireland – even a visit from Pope John Paul II’s personal envoy couldn’t persuade him to desist.

Sands was a member of the Provisional Irish Republican Army and had been sentenced to 14 years for possession of a gun, having been arrested near the scene of an IRA bombing.

During his time in jail, Sands campaigned, along with other IRA members, to have their special category status restored. It had been removed by the British government, who had decided to no longer view them as political prisoners. They were categorised as common criminals.

The IRA detainees sought demands such as the right to wear their own clothes, the right not to do prison work, the right to mix freely and the right to one visit per week. A hunger strike was started, but ended after 53 days when one prisoner slipped into a coma.

But with no sign of their political designation being returned, Sands began another strike, taking only taking water and salt. After a few weeks he weighed just 95 pounds, down from his normal 155.

In the midst of this, he was elected in absentia to the British Parliament as the MP for Fermanagh and South Tyrone.

The following month, May 1981, he died aged 27. The hunger strike continued, with a further nine men perishing before it ended in October 1981.

Prime Minister Margaret Thatcher then agreed to their demands, but refused to recognise them as political prisoners.

Sands became – and still is – a folk hero to millions. It is estimated that around 150,000 people lined the streets for his funeral. There are streets named after him in Nantes, New York and Paris.

In Tehran, Winston Churchill Boulevard – one of the roads on which the British embassy lies – was renamed in his honour.

Sadly, it appears as if Britain has learned nothing from its brutal and oppressive handling of the IRA, as it’s set to create another Bobby Sands.

Julian Assange is currently in extremely poor health, according to numerous reports, with his partner fearing he could die imminently.

He is being held in Belmarsh Prison, which has already suffered a Covid-19 death – and by definition, the enclosed nature of a jail makes it the optimum breeding ground for the spread of a pandemic.

Also: ‘How do you prosecute Assange and not prosecute journalists everywhere?’ – Greenwald to RT on threat to journalists worldwide

But Britain’s arrogant and dismissive government refuses to get off its high horse.

They are holding a man against his will, who has committed no crime. He is only being held at the request of the US government, which has charged him with espionage and conspiracy to commit computer intrusion, better known as hacking.

The truth is, they are embarrassed and furious that the details of their murky dealings in places like Iraq, Afghanistan and Yemen were laid bare for the world to see.

At one point, Assange dumped a quarter of million American diplomatic cables online – making every news outlet on the planet aware of the type of dubious conduct the US military and its operatives had been indulging in.

How does this equate to being locked up on the same terms as killers, paedophiles and rapists?

If we close our eyes and change the names of those involved, we could be back in 1981.

Britain’s establishment has failed to learn the lessons of criminalising those with opposing political views who make life uncomfortable for them.

It’s an atrocious state of affairs for a democracy like Britain to not have evolved and progressed.

Bobby Sands was no ordinary criminal – and neither is Julian Assange.

The irony is that the spineless politicians who took both of their freedoms have more to answer for.

In Sands’ case, it was the occupation of another country, and discriminating between people based on religion – Catholic or Protestant.

In Assange’s case, it’s the money-hungry excuses for public servants who sell British arms to countries like Saudi Arabia, UAE and Bahrain to use in illegal foreign wars or against their own people, on top of the litany of unethical military incursions of our own.

Britain has now claimed second spot in the global Covid-19 death toll, and there’s no sign of the line of corpses stopping any time soon.

Our prime minister and his cabinet are the ones who should be looking at the inside of a cell, because of the criminal way they’ve handled Britain’s Covid-19 response.

Healthcare workers are being forced to use swimming goggles and paper aprons as protection, and the emergency 4,000-bed hospital (which has treated 54 patients in total) in London is closing due to there not being enough staff available to operate it.

Then there’s the botched order of 17.5 million faulty antibody tests, and the foolish plan to attempt to achieve herd immunity – before panicking and deciding to backtrack and go into lockdown, weeks too late to prevent so many deaths.

The litany of heinous misdemeanours is lengthy.

But what’s also clear is how our political leaders bend with the wind; they have no backbone or spine.

How many of the British government have risen up above the parapet and called out what’s going on? A shambles. A travesty. A complete failure.

Sands and Assange were, and are, composed of better stuff. They stood up for something of importance; they drew a line and refused to back down due to the conviction of their beliefs. Britain should stop demonising them, and instead copy them.

Sands famously said: “Our revenge will be the laughter of our children.”  Thirty-nine years later, we’re still waiting to hear it.

Chris Sweeney has written for various UK magazines and newspapers, including The Times, The Sun and The Daily Record.