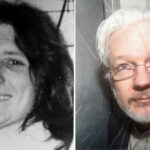 Bobby Sands Died in Prison 39 Years Ago–Julian Assange Is His Modern Equivalent and One Day Will also Be Hailed as a Martyr
Chris Sweeney | RT - TRANSCEND Media Service, 11 May 2020

6 May 2020 – The British government allowed IRA hunger-striker Bobby Sands to starve to death. It is showing the same lack of judgment on what is right and wrong, by callously letting another political detainee die. On 5 May 1981, Bobby Sands died after refusing food for 66 days at a British Northern Ireland prison. Julian Assange, in extremely poor health, is being held at draconian Belmarsh Prison in London.