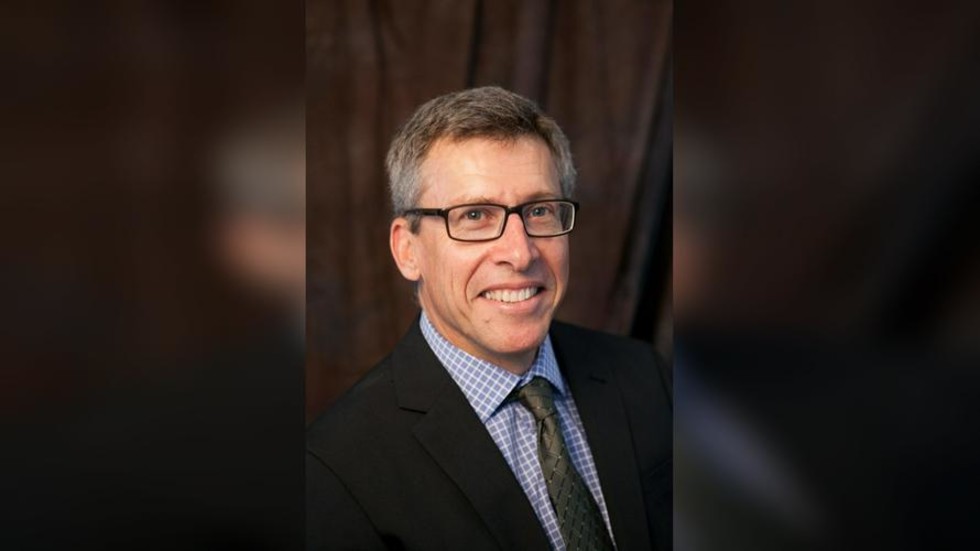 © The Iron Fist and the Velvet Glove

7 Sep 2021 – Trevor Bell, the first Advocatus Diaboli of the Noosa Temple of Satan, is currently leading litigation challenging religious teaching in Queensland schools, and “the Christian stranglehold over Australia’s government and society.”

The law in Australia allows for state schools to devote one hour a week to religious instruction and the children of a particular religion, specified by their parents, join the class while the rest do not.

“They are not allowed to do substantive work, so essentially we’ve got untrained, volunteer, religious people coming in and giving Sunday School lessons to a couple of kids and the rest of the kids in the class, basically their learning stops. Using government facilities to teach religion and then wasting the time of the other kids, that essentially got my goat.”

Bell reached out via the Noosa Temple of Satan’s social media and asked if any Queensland parents would like their kids to receive religious instruction about Satanism. A small number of families informed the schools their children were now Satanists and Bell applied, but was blocked.

“Of course, we knew the result would be uproar. If we were the Noosa Temple of Christ or the Christian Fellowship of Noosa, they wouldn’t have cared less who we are, it would have been a case of ‘you start Monday, good luck and enjoy yourself.’ But, of course because we were the Noosa Temple of Satan it went to the higher powers at the education department who immediately left no stone turned in trying to stop us.”

Bell challenged the decision, which awaits a ruling.

Rather than actually trying to convince people to follow the Prince of Darkness, the major point of the legal action is to expose how narrow Australian attitudes to religion are. Bell feels Christianity is considered by the authorities as the de facto state religion, he explained:

“When you want to give certain privileges and benefits to religious organisations, typically the parliament is thinking about Christians. When they are giving these privileges but what we’re doing at the Noosa Temple of Satan is saying, ‘hold on a minute, if you’re going to give special privilege to religions then you need to bear in mind there could be some crazy religions out there, like us, who might want to take advantage of those same privileges, so maybe you want to think twice about it.’”

The issue goes beyond the one-hour weekly religious instruction in schools. Australia also has 3,000 government funded chaplains in schools to provide pastoral care, but again Christianity dominates even though it’s not supposed to.

“The way the legislation is set up, you can only be hired as a chaplain if you come through a religious group, you can’t be a secular, non-religious chaplain. But the law says you are not allowed to proselytise which means you’re not allowed to sell your church and try to convert kids.

On one hand, the only people who are allowed to do this job are religious people but on the other hand they’re saying they are not allowed to promote their religion. If you can imagine the sort of people who put their hands up for this relatively low-paying position, of course they are going to try and convert kids, They tell them about Christian camps that are organised in the school holidays, they invite them to their get-togethers at the local church, it’s all done surreptitiously.”

The national budget has continued funding the chaplain program after giving it AUD$247 million in the 2018-19 budget, so it’s a sizeable expense.

Chaplains are also in Australian hospitals, where Bell and others feel Christians are being given free reign to preach.

“They essentially stalk the corridors of hospitals and wander into people’s rooms and start proselytising. Our spiritual leader Robin Bristow, also known as Brother Samael Demo Gorgon, had a few medical issues of late so he’s had to go to the Sunshine Coast Hospital and a couple of times he’s been woken up by this nun appearing by his bedside, and he’s had to yell at her to get out.

Like every hospital when you sign up your admission forms they ask every question under the sun and one of them is, what is your religion? Robin had put down his religion was Satanism but that didn’t stop this Christian nun from just walking into his room.” 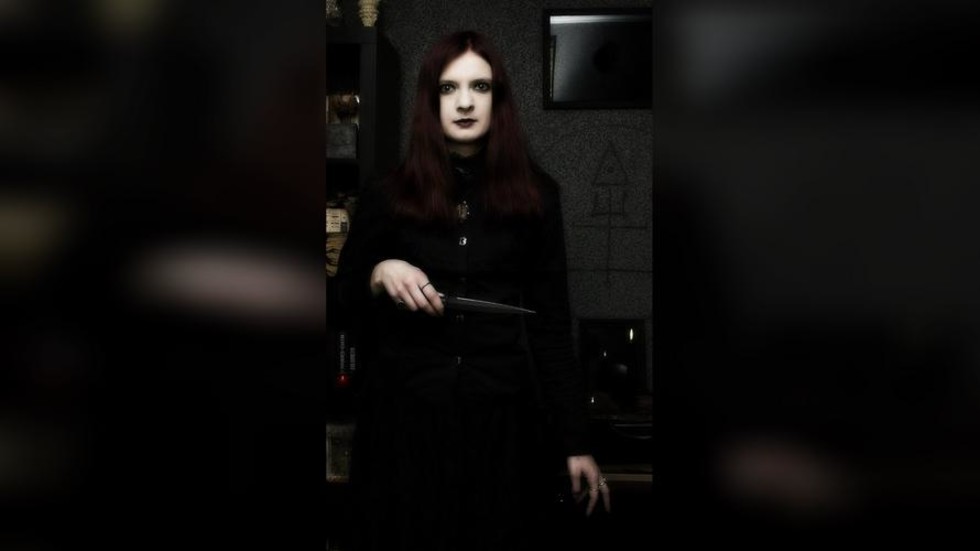 The Noosa Temple of Satan is not only about rebelling. If Bell was allowed to offer religious instruction, he isn’t short of ideas.

“The kids doing the Satanic religious instruction would be the best-informed religious kids in the school, they will have a dangerously good knowledge of the bible when I’m finished with them. Who knows? They could walk around the school yard at lunchtime telling the Christian kids what’s really in the bible.”

Bell references The Book of Job where God allows Satan to test Job, who praised God but Satan contended it was only because his life was so good. So, the almighty lets Satan make Job’s life a living hell to measure how strong his faith was.

“That story would be a good one to kick off as a sort of morality exercise, who was the bad guy? Was it really Satan or was it God who authorised Satan to do that? If you actually read the bible all the way up to but not including Revelation, Satan is like the Minister of Justice, his role is to test people and make sure they are worthy enough for God, he is not actually trying to make them sinners or evil people. That is the role of a Satanist that we promote, it is your job on Earth to test the faith of Christians and challenge them.

This may sound crazy, but it’s entirely possible to be a polytheist where you both follow Satan and follow the traditional Abrahamic God, if you understand Satan in that way.”

Bell does not believe in Satan as a supernatural being but under Australian law the leaders of a faith don’t need to believe.

That was established in a 1982 tax case involving Scientology.

“Satan has been a subject of a bad PR campaign for 2,000 years. Through history different monks and other people have basically reworked the bible and re-envisaged what’s in there and painted a bad picture. Students of the bible could go through the bible and certainly agree with the case I’ve made if they actually look at it carefully.”

Overarching all of this is the Noosa Temple of Satan’s concern that Australia is becoming a Christian state. They see parallels with America and feel it’s part of a conservative takeover to only promote certain values.

“We’ve got a very religious prime minister at the moment, Scott Morrison, he’s a full-on happy clapper Pentecostal and he’s filled his cabinet with people of the same ilk. They are unashamedly ready to promote religious belief. The average Australian doesn’t think about religion so much, but our leaders have become increasingly religious, Australians are asleep at the wheel not really recognising what’s happening.

The idea of untrained volunteers coming in and teaching religion in a government school is unheard of anywhere else in the world. American preachers come here and rub their hands with glee.”

Feeding the issue is that private schools are popular in Australia.

In 2020, 1.37 million attended them compared to 2.63 million in government schools. But 18.2% of students overall went to Christian private schools.

“It’s like gun control, if you talk to reasonable Americans and say, what are you doing about gun control? Don’t you understand how crazy this is? I talk to Australians about the amount of religious instruction through this education system and tell them, ‘do you realise how out of whack we are with the rest of the world’?

Australia is following in the footsteps of the USA, our conservative party (The Liberals) is being overtaken by a Tea Party like movement in my view. At the grassroots level there is enormous activism by evangelical hard line religious groups.”

If the Noosa Temple of Satan loses in the Brisbane Supreme Court, it can reapply in two years and plans to do so. They are determined to place constraints on the promotion of religion.

“You can be Christian and secular, we are happy to be Satanic and secular, we don’t think religious groups have any role to play in government run institutions, so our preference is there is nothing.

We don’t take formal membership applications and that might be a problem in the court case as one of our problems was proving membership.

But when we needed donations for Freedom of Information requests, the money came flooding in readily.

In my day to day living when this topic comes up, I’ve never yet had one person who is negative about it. I think a lot of people agree with the sentiment, they just need to understand what’s happening.”

Chris Sweeney is an author and columnist who has written for newspapers such as The Times, Daily Express, The Sun and Daily Record, along with several international-selling magazines.