New Leadership for a New Normal 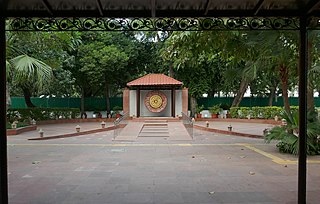 18 May 2020 – Question: After Covid-19, in a world divided and fraught with global crises, will people find a way to work together to create a “new normal” characterized by peace and justice for all?

Answer: Yes, with new leadership that speaks truth to power, enlists the people, and—most importantly–embraces nonviolence, a new normal can be created that provides a better world… for the children.

Jesus, Buddha, Muhammad, Krishna, Moses, all the sages through the ages, and Gandhi, King, and Mandela in the past 100 years, lived and died to teach us that nonviolence is the answer.  Are there leaders today who have the ability to influence the world’s people and all their governments to “commit to nonviolence?”  Yes, there are!

The ideal leader is a person who can see that the first thing we must do to achieve a more peaceful and just world is unite under one umbrella.  The response to Covid-19 of countless people confirms that people everywhere see the value of solidarity and unity.  The opportunity is here for leaders to create a new global peace movement to promote kindness, compassion, trust, respect, and stopping war!

Leaders and Movements Must Come Together

Naomi Klein and Bill McKibben have highlighted the dangers and causes of catastrophic climate change, as well as remedies and strategies to rescue the planet.  Klein and McKibben know we have to unite and think big.  Klein wrote, “… strengthening the threads tying together our various issues and movements – is, I would argue, the most pressing task of anyone concerned with social and economic justice.” Klein also wrote:  “Sensible people are always telling us that change needs to come in small increments. Well, we rejected all of that.”

Recognizing the strength of the Golden Rule, religious scholar Karen Armstrong formed the Charter for Compassion 10 years ago to bring together leaders of all religions. According to the Charter, “The principle of compassion lies at the heart of all religious, ethical and spiritual traditions, calling us always to treat all others as we wish to be treated ourselves.”

Other organizations promoting unity include Global Citizen, We, the People, founded by Rick Ulfick, and ONE, founded by Bono, is dedicated to eradicating extreme poverty.  World Humanists  , together with World Without War (WWW), recently sponsored the second World March for Peace and Nonviolence to promote the strength of unity for stopping war.  The founder of WWW, Rafael de la Rubia, visualizes nonviolence as the tool to change the world.

Covid-19 prompted U.N. Secretary-General Antonio Guterres to issue a call for a Global Cease-Fire— a critical recognition of the fact that stopping wars affects all issues and that we need peace to devote significant efforts to the other crises  As Guterres noted, “It is time to put armed conflict on lockdown and focus together on the true fight of our lives.”

There are brilliant people leading their organizations and promoting new ideas that should be in the mainsteam:  David Swanson from World Beyond War, Margaret Flowers and Kevin Zeese from Popular Resistance, Marianne Williamson and Dennis Kucinich in politics, and economist Jeffrey Sachs from Columbia University who has his finger on the pulse of the world.

Madeleine Rees, the Secretary-General of Women’s International League for Peace and Freedom (WILPF) and Medea Benjamin, co-founder of CODEPINK, in 2015 highlighted their initiative’s slogans at the Geneva II Peace talks to stop the war in Syria.  WILPF’s slogan is “WOMEN’S POWER to STOP WAR.”  CODEPINK’s slogan is “WOMEN SAY NO TO WAR.”  These slogans highlight the direction to take to sustain and perpetuate the cease-fire and to create a nonviolent new normal.

I believe the two individuals who most convincingly speak truth to power, and show the potential to unite all movements, all religions, all governors, mayors and community leaders, and all the “people” in every village, town, and city in every country under one umbrella – nonviolence, are Medea Benjamin and Naomi Klein.

Medea Benjamin can connect all the women’s organizations and initiatives that have already begun and have practiced mobilizing — the Women’s March on Washington, Women that marched in Jerusalem, Women that Crossed the DMZ in Korea, Women in India, and the #MeToo movement-into one powerful force. It is time to “harness the energy and power” of women and nonviolence to create trust and respect between nations and people!

Naomi Klein can connect all the leaders mentioned above to join together, to take THE LEAP, to promote both the climate movement and the peace movement in unison.  We need both urgently!

Benjamin and Klein have the knowledge and ability to create a “CHAIN REACTION” of leaders coming together around the world to begin and promote a new global peace movement in September 2020!  A list of leaders for the chain reaction is compiled and available for review.

Introducing a Global Movement of Nonviolence, for the Children

In 2002, the summer after the attacks on 9/11, I began my efforts to stop war because I believed the United States could have addressed the attack without using the military.  I found that grassroots initiatives for peace and humanitarian efforts were everywhere, all trying to unite.  Research supported my theory that women had an advantage for creating peace by promoting nonviolence (take away the threat of violence), especially if it was about protecting the children.

It is my honor to announce a comprehensive plan for a Global Movement of Nonviolence (GMofNV), For the Children, led by women.  A GMofNV is not just for women, it is for everyone, as the Civil Rights Movement in the U.S. was for everyone, not just African Americans.  The children are the motivation for everyone to unite!

The plan is for a GMofNV to be implemented by an initiative called a CALL to WOMEN, a World-Wide Unity Campaign.  Non-governmental women leaders will ask women to be the first to rise-up and unite as the peacemakers.  I have presented a GMofNV to U.N. Secretary-General Guterres for review!  A GMofNV includes the largest marketing plan the world has ever seen.

We need something different and special because the obstacles to create a nonviolent new normal are enormous.  A GMofNV is designed to be outside the box but it has tentacles reaching into every part of society.  Historian and activist, Howard Zinn was my confidante.  He wrote to me, “Your ‘Call to Women’ is excellent. Well written, clear, strong.  No doubt women represent nonviolence best.”

A new nonviolent normal will not be easy to attain and will have risks.  We need to create a new power to change the old; therefore there will be contention.  Professor Marshall Ganz, on NOW, stated that we need contention.  Therefore, we need a peace movement!

We need elections, but we also need a peace movement because we are in an emergency situation.  Mary Robinson, Ban Ki Moon, and Jerry Brown, at the Doomsday Clock Update (see video and Fast Forward to 25:30) highlighted the world’s crises and asked for action in 2020 because the global crises are so extreme.  Also, experts are predicting that economic difficulties and potential chaos will be larger than the world has ever previously experienced. Ban Ki Moon, in a recent Post by the Elders, called for a people movement.  People movements work, as illustrated by Bill Moyers in his compilation of different episodes of NOW.

There will be no life-sustaining new normal if we do not commit to nonviolence, do not support a cease fire, and do not have a unified peace movement. Without such a commitment, military spending will take away our ability to achieve sustainable solutions to problems.  Without a peace movement, the climate movement will fail, which means we failed.

It is time for non-governmental leadership to guide the people to work together for peace and humanity!  All the mechanisms are in place.  The opportunity is here now!  A GMofNV is one step away from beginning – enlist peace, social justice, and environmental leaders to promote a GMofNV and a CALL to WOMEN.  The world must promote clean energy and change to a green economy to provide the basic needs of the people if peace is to be enduring.

The women leaders cited in this paper can create a unified peace movement.  All the leaders together, promoting one voice for peace, can move the world along that path, building on the incredible ideas that exist for a new nonviolent normal.

Mary Robinson, the former President of Ireland, former U.N. High Commissioner for Human Rights, current Chairperson of the Elders, and founder of the Mary Robinson Foundation is a leading voice in calling for action and unity in 2020.  Robinson stated, “We are faced by a gathering storm of extinction-level consequences, and time is running out. We cannot continue with business as usual.”

We need visionary leaders.  The time is now and the plan is ready.

Andre Sheldon began working for peace in 2002 to find solutions other than military action in response to the attacks on September 11, 2001.   He is a member of Women’s International League for Peace and Freedom (WILPF), National Organization of Women (NOW), follows CODEPINK, and is an Honorary Co-founder of the Library of Peace in Atlanta, GA.  He is founder and director of the Global Strategy of Nonviolence, which was formed to promote a new narrative of committing to nonviolence and committing to helping others.  He has tirelessly networked with non-governmental women leaders from around the world to set in motion a new global peace movement. Andre@GlobalStrategyofNonviolence.org