Five days before the raid, a Florida law firm representing Silvercorp USA sent a letter to Guaidó to remind them that they owed an initial payment. 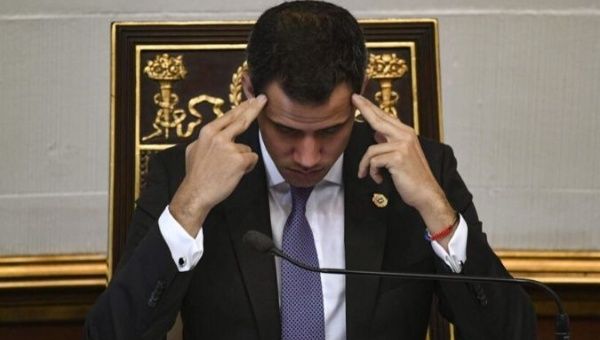 Guaido has resorted to denying everything despite physical evidence and testimonies from his own team.
| Photo: AFP

Despite denying any involvement in the failed incursion, five days before the raid, Volk Law – a Florida law firm representing Silvercorp USA – sent a letter to Guaido and other members of the opposition to remind them that they owed an initial payment of US$1.5 million on an Oct. 16, 2019 contract that was “past due.”

The April 28 letter reads that the “administration of Juan Guaido was supposed to pay Silvercorp USA,” represented by former green beret Jordan Goudreau, the retainer fee within five days after the opposition lawmaker and a handful of allies signed the US$212.9 million contract for services “backed/secured by Venezuelan barrels of oil.”

In addition to Guaido, the letter is addressed to other signatories of the contract such as Juan Jose Rendon, Sergio Vergara, and Manuel Retureta. It was also forwarded to Carlos Vecchio and Fernando Blasi.

On April 28, Volk Law sent a collection notice for US$1.5 million agreed between Guaido and Goudreau in the Oct. 16, 2019, contract with Silvercorp USA. Here is the letter.

The former U.S. special forces went public arguing he only got US$50,000 through political consultant Juan Jose Rendon and the opposition kept promising to get him the rest but didn’t deliver.

The U.S.-based company hired by Guaido and his allies was meant to provide services, including “strategic planning,” “equipment procuring” and “project execution advisement.”

The U.S. mercenary was allegedly responsible for training a contingent of 300 Venezuelan army deserters in three makeshift camps alongside the Colombian-Venezuelan border who were to enter Venezuela in a heavily armed caravan and seize the capital within 96 hours.

These investigations and more than 90 arrests are now part of the unraveling of the so-called ‘Operation Gedeon’, which is lead by Goudreau.