Antoine de Saint Exupéry was a cosmopolitan humanist in the Stoic tradition. He belonged to the rural nobility of France and could have used the title of Count but never did. His mother, however, did use the title of Countess and raised her five children in a large property in central France, near Lyon, her husband having died shortly after the birth of her fifth child.  Saint Ex as he is usually called was the middle child and the older boy. He always recalled the calm atmosphere of the property where he grew up, “spoiled” by his mother and older sisters. 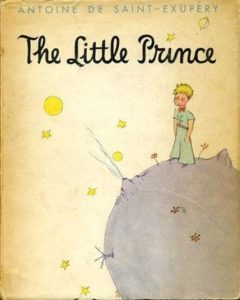 A book of his philosophical thoughts on which he had been working for a number of years Citadelle was published in 1948 after his death. Saint Ex for the style was influenced by Frederic Nietzche’s Thus Spoke Zarathustra which he had read. However, the spirit is much closer to Khalil Gibran’s The Prophet. There is no indication that he had read  Gibran in Saint Ex’s period in New York. It is more likely that both writers shared a common outlook on life. Saint Ex’s outlook was basically that of the Stoics: the common nature of all humans whatever the cultural differences, harmony with Nature, and calm in the face of danger.