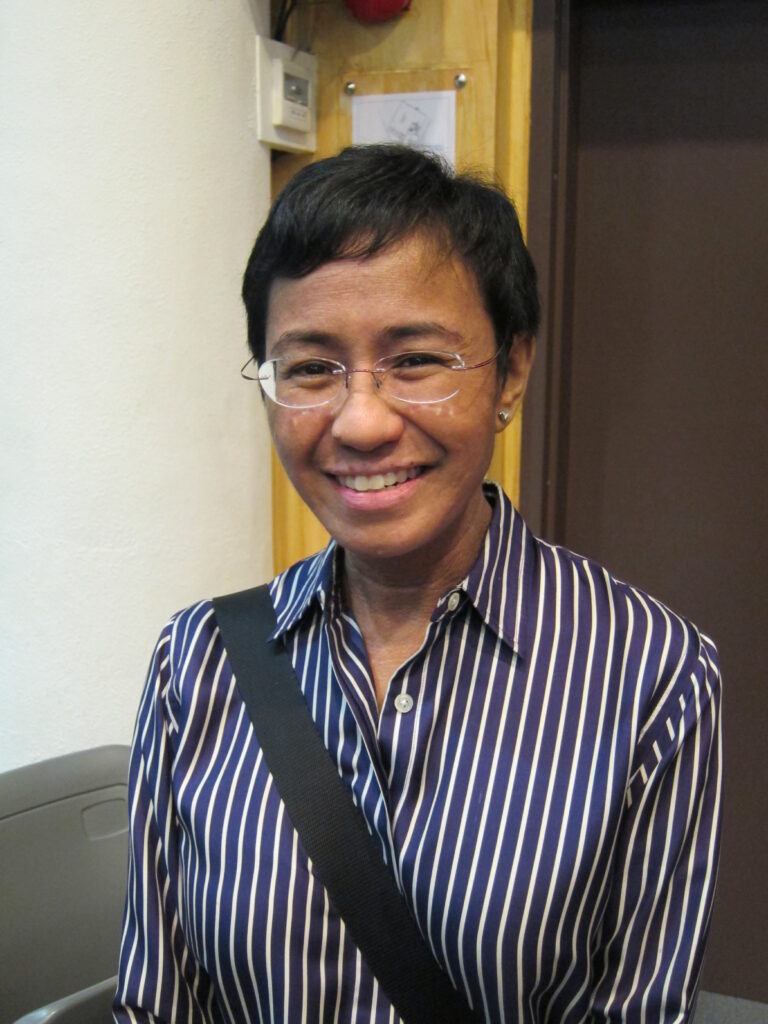 15 Jun 2020 – Journalist Maria Ressa, who has long resisted efforts by Filipino President Rodrigo Duterte to throw her in jail and shut down her Manila-based news organization, was found guilty on criminal libel charges in a Filipino court today. The editor who has come to symbolize the global fight for press freedom now faces the prospect of up to six years in prison, even as she continues to fend off other legal assaults from the Duterte regime.

The libel case is part of a broad campaign by Duterte to manipulate the country’s legal system in order to persecute Ressa and her online news organization, Rappler.

Ressa and Rappler have so angered Duterte with their unstinting coverage of his brutal drug war, which has left thousands dead, that since 2017, Duterte has used one trumped-up legal charge after another to try to silence them. Ressa’s efforts to fight Duterte’s legal attacks while continuing to report on his government have earned her international acclaim. In 2018, she was named a Time magazine person of the year.

But Monday’s ruling is a major blow to Ressa’s efforts to fend off Duterte’s legal assaults and marks a significant setback for press freedom in the Philippines, where last month Duterte effectively shut down the country’s largest broadcast television network, ABS-CBN.

I’ve followed Ressa’s case closely as director of the First Look Press Freedom Defense Fund, a unit of First Look Media, The Intercept’s parent company, which helped fund her legal defense. In an interview over the weekend, Ressa described the Filipino government’s use of the criminal libel case against her as “the weaponization of the law.” Journalists in the Philippines know they are under attack, she told me, “but this cements it and codifies it.”

To bring its libel case against Ressa, the Filipino government went to extraordinary lengths to manipulate the country’s libel law. She and a Rappler colleague, Reynaldo Santos Jr., were charged in connection with a 2012 article about links between a businessman and a former Filipino chief justice. The case wasn’t filed until 2017, five years after the story was published and just as Duterte was launching a broader legal campaign against Rappler and Ressa. She and Santos were charged under a “cyber libel” law that was enacted four months after the article appeared, but the Filipino Justice Department ruled that the law could be used because the online story was updated after publication when someone at Rappler fixed a typo.

“It is clear to any reasonable observer that criminal charges for this do not stand up,” Amal Clooney, Ressa’s lawyer, wrote last week. But “perhaps it should come as no surprise that the authorities would be so brazen. Filipino President Rodrigo Duterte has himself warned that journalists are spies who are not exempted from assassination.”

In a press conference following her conviction, Ressa said that Rappler would continue its work.

“I appeal to you, the journalists in this room, the Filipinos who are listening, to protect your rights,” she said. “We are meant to be a cautionary tale. We are meant to make you afraid. So I appeal again: Don’t be afraid, because if you don’t use your rights, you will lose them.”