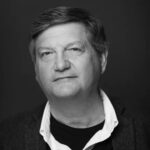 The Journalist and the Whistleblower
James Risen | The Intercept - TRANSCEND Media Service, 19 Apr 2021

13 Apr 2021 – As the government attacks press freedom, reporters must consider their responsibility to sources — and each other. 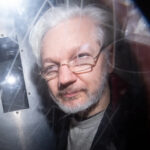 11 Feb 2021 – During the course of his career as the founder of WikiLeaks, Julian Assange has managed to anger both of America’s major political parties. A successful prosecution of Assange could empower governments to go after journalists for publishing classified information. 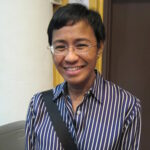 15 Jun 2020 – Journalist Maria Ressa, who has long resisted efforts by Filipino President Rodrigo Duterte to throw her in jail and shut down her Manila-based news organization, was found guilty on criminal libel charges in a Filipino court today. The editor who has come to symbolize the global fight for press freedom now faces the prospect of up to six years in prison, even as she continues to fend off other legal assaults from the Duterte regime.

25 Jul 2017 — President Trump, searching for a reason to keep the United States in Afghanistan after 16 years of war, has latched on to a prospect that tantalized previous administrations: Afghanistan’s vast mineral wealth, which his advisers and Afghan officials have told him could be profitably extracted by Western companies.

31 Dec 2015 – The United States military has sharply curtailed the use of psychologists at the prison at Guantánamo Bay, Cuba, in response to strict new professional ethics rules of the American Psychological Association, Pentagon officials said.

15 Aug 2015 – The National Security Agency’s ability to spy on vast quantities of Internet traffic has relied on a single company: the telecom giant AT&T. It has given the N.S.A. access, through several methods covered under different legal rules, to billions of emails as they have flowed across its domestic networks.

The report, completed this month, concludes that some of the American Psychological Association’s top officials, including its ethics director, sought to curry favor with Pentagon officials by seeking to keep the association’s ethics policies in line with the Defense Department’s interrogation policies.

30 Apr 2015 — The American Psychological Association secretly collaborated with the administration of President George W. Bush to bolster a legal and ethical justification for the torture of prisoners swept up in the post-Sept. 11 war on terror, according to a new report by a group of dissident health professionals and human rights activists.

The spy agency’s reliance on facial recognition technology has grown significantly over the last four years as the agency has turned to new software to exploit the flood of images included in emails, text messages, social media, videoconferences and other communications, top-secret documents reveal.