The Pandemic of Hunger 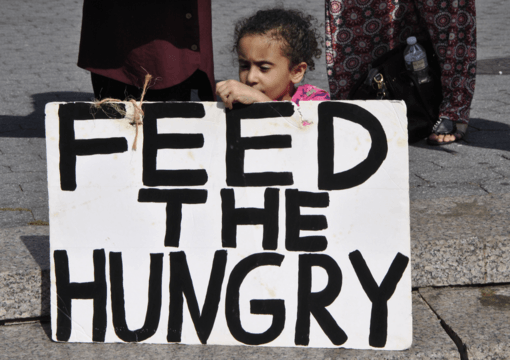 As the pandemic mainly affects self-employed and informal workers who, in order to survive, cannot be confined to their homes, the number of Brazilians in poverty is expected to increase this year from 41.8 million (2019) to 48.8 million people, equivalent to 23% of the population.

A survey conducted by Plano CDE, a company that analyzes life and consumption in classes C, D and E, indicates that between March and April of this year, of the 58 million Brazilians in classes D and E (with monthly incomes of up to 500 R) 51 million saw their income reduced by half or less. And of the 100 million in class C (with monthly incomes between R$500 and R$2000), 29% suffered the same loss.

Of Brazilian families, 70% with a monthly income of less than R$3,135 depend on favorable economic cycles to feed themselves and pay their bills. With the Covid-19, everything indicates that this year these families will be extremely indebted. In April, the increase in debts in class C was 36%, and in classes D and E, 47%.

According to the Brazilian Institute of Geography and Statistics (IBGE), between 2009 and 2019, the number of slums grew by 107.7%. Today, there are 13,151 in 734 municipalities, and 5.1 million people live in them. With the 10% drop in GDP this year due to the pandemic, this situation tends to worsen unless a minimum income program is approved for each family living in a favela.

Brazil today has 28.5 million unemployed people. The figure was released by IBGE on June 16. Of that total, 17.7 million declared they were unable to seek employment due to the restrictions imposed by the pandemic.

Latin America and the Caribbean are home to 8.5% of the world’s population. Between 2000 and 2020, hunger was reduced almost to half in the 33 countries of the region. From 73 million to 38 million hungry people, according to FAO. This happened thanks to progressive governments, which implemented social policies, school feeding programs and measures to support family farming.

But a setback began in 2015, the same year as the launch of the UN Agenda 2030, whose Sustainable Development Goal is “zero hunger”. The number of people living with food insecurity in Latin America and the Caribbean reached 43 million in 2018. By 2020, ECLAC expects an increase of 16 million in extreme poverty. That reality is portrayed by the White Flag Code, now adopted in several countries, including Peru, Honduras, Guatemala and El Salvador: the family without any food places a white cloth in front of its house as a sign that it needs urgent food relief.

There is no shortage of food on the Continent. There is a lack of justice. Today, 84 million children in Latin America and the Caribbean depend on school to have access to good food. Of these, 10 million eat only a minimally nutritious meal when they receive a school lunch. Now the virus excludes them from school and brings them closer to hunger.

ECLAC and ILO estimate that Covid-19 will result in 300 million more poor people in the region, 83 million of whom will be in extreme poverty. The continent’s GDP should decrease by 5%. This is due to the paralysis of internal markets, the decrease in the flow of global chains, the fall in the prices of raw materials and the interruption of informal work by migrants. The crisis will raise the unemployment rate to 11.5%, which means 12 million new unemployed. There are currently 25 million. By the end of the year it will be 37 million.

Today, of the 292 million workers in Latin America and the Caribbean, 158 operate in the informal sector. Among young people between 15 and 24 years of age, the rate reaches 62.4%. The pandemic has led to the loss of 80% of the income of informal workers. Worldwide, 60%.

Latin American and Caribbean governments allocate only 0.7% of GDP to the most vulnerable populations. At least, it should be 3.4% to guarantee the survival of 214 million people who will enter the ranks of poverty in the rest of the year. The countries most affected will be Brazil, Argentina, Mexico, Ecuador and Nicaragua.

According to the ILO, this great lockdown has thrown 2.7 billion people worldwide into unemployment or informality. At the global level, the World Bank estimates that the Covid-19 crisis may add 70 million people to the 632 million who survive today in extreme poverty, that is, people with daily incomes of less than R9, 50 or monthly incomes of less than R285. It will be the worst recession in eight decades.

The number of food-insecure people in the world may increase by 250 million. More than 30 countries are threatened by the hunger pandemic. The UN Global Food Crisis Report 2020 reveals that there are 318 million people in 55 countries who are acutely food insecure. Many have something to eat, but not enough calories per day. If we take into account caloric intake, the number rises to 2.5 billion undernourished people. Aggravated by the Covid-19, the causes of hunger remain: armed conflicts, extreme climatic conditions (environmental imbalance), difficulties in accessing land and employment, and economic turbulence.

The British Reverend Thomas Malthus was deluded to predict, in 1789, that in the centuries to come food production would grow arithmetically (1-2-3-4) and population geometrically (1-2-4-8). There would be more mouths than bread. When he declared this, the world had a billion inhabitants. Today there are almost 8 billion of us and there is enough food left over to satisfy at least 12 billion human beings. Therefore, what is missing is to share it. Hunger persists because there are many landless families and many lands in the hands of few families.

Billions of families have no resources to buy food, which has ceased to have any use value, with capitalism, to have any exchange value. This commodification of the most essential good for our biological survival is a horrendous crime. Farmers can no longer bring their products to market to sell them. They must hand them over to a middleman who resells them to the system that processes, transports, packages and distributes them to the points of sale.

Today it is the banks, multinationals and pension funds that dominate the food market and promote speculation through commodity derivatives. When there is an interruption in that chain, farmers are forced to burn or bury the products. A crime against humanity practiced in honor of the god of Capital.

Frei Betto is a writer, advisor to social movements and the author of: Paraíso Perdido-Viagens ao Mundo Socialista (Rocco); The Devil in the Critical Reading-Reading of Current Brazil (Cortez); and the detective novel Hotel Brazil (Rocco), among other books.