The efforts come amid Trump administration anger over the ICC’s efforts to look into alleged war crimes by U.S. troops in Afghanistan. 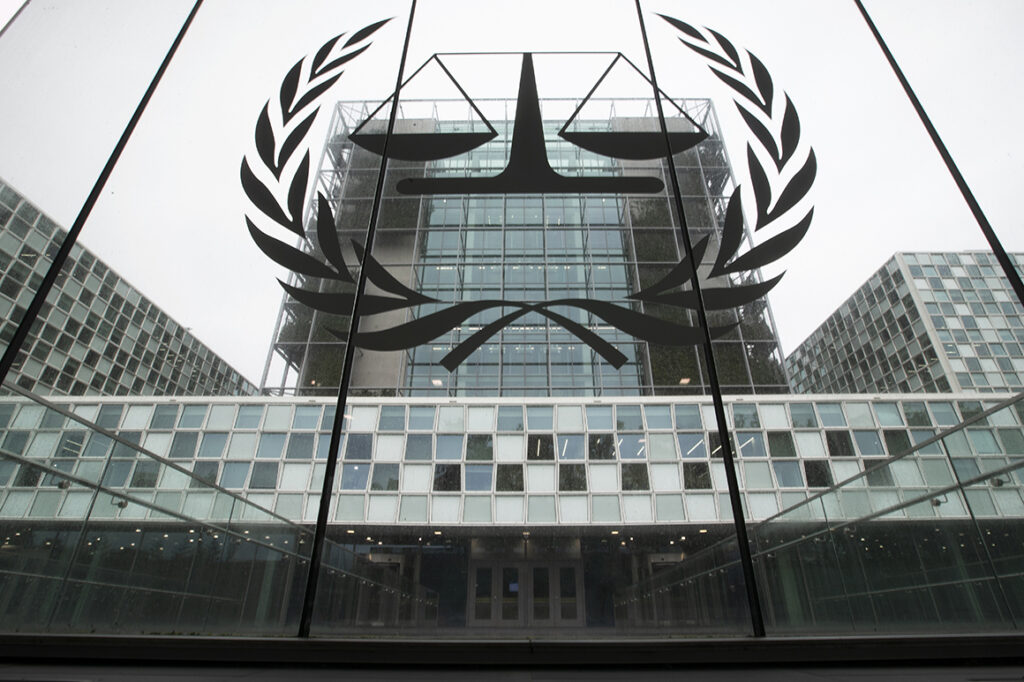 The International Criminal Court, or ICC, is seen in The Hague, Netherlands.
| Peter Dejong, File/AP Photo

11 Jun 2020 – President Donald Trump today moved to further punish officials of the International Criminal Court, authorizing economic sanctions against them as well as the expansion of visa restrictions on the officials and their families.

The president also declared a national emergency with respect to the “threat” he says the ICC poses, a move that lays legal groundwork to impose future sanctions.

The efforts come amid Trump administration anger over the ICC’s efforts to look into alleged war crimes by U.S. troops in Afghanistan. The United States is not a party to the international court and does not recognize its authority, and the announcement Thursday is sure to make the court’s work harder. The Trump administration in particular has expressed skepticism of multilateral institutions and has limited its role or withdrawn from some such bodies, most recently the World Health Organization.

“We will not stand by as our people are threatened by a kangaroo court,” Secretary of State Mike Pompeo said during a press conference on Thursday. Pompeo described the ICC as “corrupt,” “grossly ineffective,” and “highly politicized.” The court, which is based in The Hague, is on an “ideological crusade against American servicemembers,” he alleged.

The ICC condemned the U.S. actions, defending its work and warning that the American moves also amounted to an “attack against the interests of victims of atrocity crimes, for many of whom the court represents the last hope for justice.“

Sanctions and visa restrictions are being authorized against ICC officials “directly involved” in investigations of U.S. citizens, Pompeo said, adding that designations would be made on a case-by-case basis. “We have responded in the way that a responsible nation must,” he said.

The ICC “is little more than a political tool employed by unaccountable international elites,” Barr said at the news conference, where officials took no questions. He claimed the Justice Department had “received substantial credible information that raises serious concerns about a long history of financial corruption and malfeasance at the highest levels” of the court, which the department is now investigating, he said.

Barr also accused “foreign powers like Russia” of “manipulating the ICC in pursuit of their own agenda,” but did not elaborate. Russia effectively withdrew from the ICC in 2016 following a report by the body that characterized its 2014 annexation of Crimea as an occupation.

In an accompanying executive order, Trump stated that “any attempt by the ICC to investigate, arrest, detain, or prosecute any United States personnel without the consent of the United States … constitutes an unusual and extraordinary threat to the national security and foreign policy of the United States, and I hereby declare a national emergency to deal with that threat.”

Wary of potential ICC moves against U.S. troops, the Trump administration last year announced it would stop issuing visas to some investigators affiliated with the body, but it gave few details about the scope of the effort or how many people had been affected. The U.S. did, however, revoke the visa of the ICC’s chief prosecutor, Fatou Bensouda.

ICC judges in March authorized a probe into a range of alleged misdeeds in Afghanistan, including actions by Afghan government forces, U.S. troops and the Taliban. It is believed to be the first time the court’s prosecutor has been permitted to review actions by American forces.

In its statement on the U.S. announcement, the ICC said it “remains unwavering in its commitment to discharging, independently and impartially, the mandate bestowed upon it.”

“These attacks constitute an escalation and an unacceptable attempt to interfere with the rule of law and the court‘s judicial proceedings,” the court said. “They are announced with the declared aim of influencing the actions of ICC officials in the context of the court’s independent and objective investigations and impartial judicial proceedings.“

David Bosco, an associate professor at Indiana University who follows the ICC closely, described the Trump administration’s latest broadsides as important in the sense that it would make it harder for the court to pursue its investigation.

Now, he said, court officials considering working on the Afghan cases will have to decide whether it is worth being barred from the United States or risk the freezing of any assets they might have in the U.S. Court leaders may find it harder to recruit staff as a result, slowing down the investigation.

“It’s an additional logistical complication for the court,” Bosco said.

One Response to “Trump Authorizes Sanctions against the International Criminal Court”