Sabotage, Sanctions and the Bullying of Iran Is Bound to Backfire on the West

The onslaught visited on Tehran by Trump, Israel and other bully boys can only increase tensions in the Middle East. 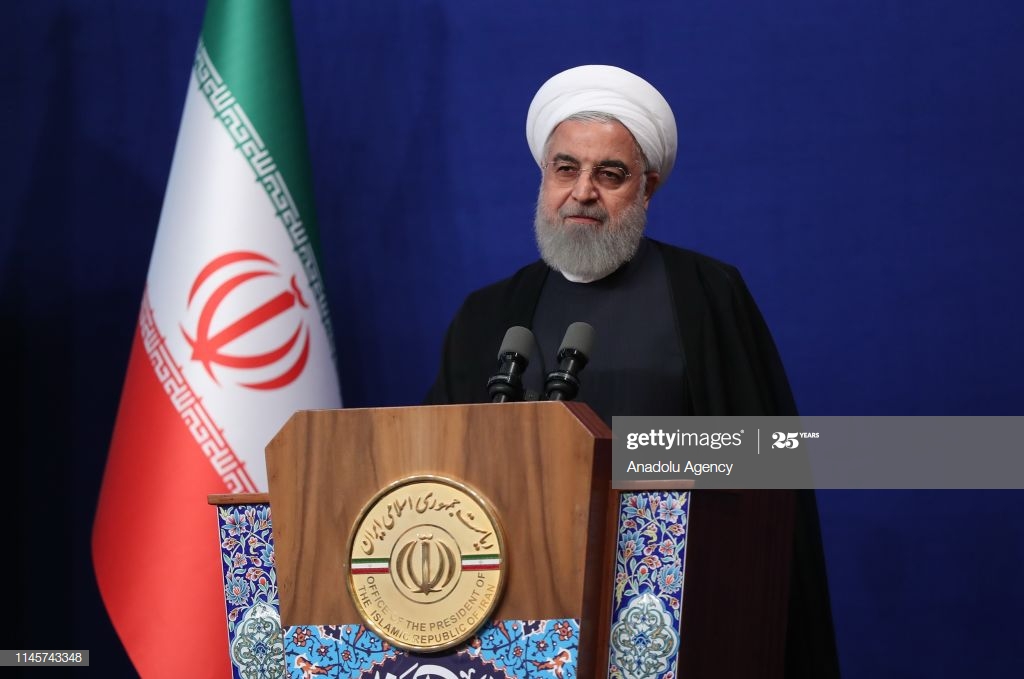 12 Jul 2020 – It now seems fairly certain that Israel or its agents blew up Iran’s main nuclear fuel enrichment facility at Natanz on 2 July. A “Middle Eastern intelligence official” who told two American newspapers that Israel was behind the explosion was identified in Israeli media reports last week as Yossi Cohen, head of the Mossad spy agency and a close confidant of prime minister Benjamin Netanyahu.

After initially playing down the attack, which caused significant damage and exposed embarrassing security lapses, Iran blamed Israel. “The method Israel is using is dangerous, and it could spread to anywhere in the world,” a spokesman said, prompting fears of retaliation. Laying a possible smokescreen, a previously unknown dissident group, “Cheetahs of the Homeland”, claimed responsibility.

If Israel was involved, the attack would have been undertaken with the prior knowledge, if not active connivance, of the Trump administration. The two governments share a record of covert cyber-attacks on Iran’s nuclear facilities. But Donald Trump’s “maximum pressure” policy may just have entered a new phase, with an ongoing sabotage campaign now seemingly in full swing.

The Natanz bomb was one of several mysterious incidents at industrial sites in recent weeks, including another big blast in eastern Tehran on Friday morning. Some were probably accidents. But last month’s explosions at the Khojir ballistic missile plant also appeared deliberate.

Both the US and Israel regard Iran’s missile programme as a threat.

“What the world is witnessing right now is someone (the US, Israel, Saudi Arabia, possibly with Iranian dissident proxy help) hitting nuclear and conventional weapons and [Revolutionary Guard] facilities practically at will,” wrote Jerusalem Post analyst Yonah Jeremy Bob.

The pressure on Iran is unrelenting. Trump is simultaneously tightening sanctions, adopted after he reneged on the multinational nuclear deal with Iran in 2018.

The US wants the UN to extend an arms embargo that expires in October – or, failing that, re-impose sweeping punitive measures. France, Britain and Germany are opposed. But they are mere bystanders.

The US, Israel and their Gulf Arab friends hope the economic consequences of the pandemic, which has killed about 12,000 Iranians, will further weaken the regime. Falling oil revenues caused by a global surplus, rising food prices and unemployment, and a currency worth 70% less than in 2018 helped spark short-lived, harshly-suppressed civil unrest last year.

Iran is now moving closer to acquiring a weapons manufacturing capability as a direct consequence of US bad faith.

Sabotage, sanctions, sickness: it’s a brutal cocktail. The problem for Trump and fellow bully-boys Netanyahu and the Saudi crown prince, Mohammed bin Salman, is that their toxic recipe isn’t working. In truth, the very opposite of what they supposedly want is happening. And an opportunity to defuse the crisis is being squandered, perhaps permanently.

Iran, which has always maintained it does not want nuclear weapons, is now moving closer to acquiring a weapons manufacturing capability as a direct consequence of US bad faith. Britain and others warned Trump this would happen if he tore up the 2015 deal. The fact the latest IAEA inspection reports have proven them right is no consolation.

External pressure has not stopped Iran building missiles, curbed its harmful meddling in Syria, Lebanon, Iraq and Yemen, or assisted democratic renewal. It is Trump, not the mullahs, who almost started a war by assassinating Revolutionary Guards general Qassem Suleimani in January – an extrajudicial killing the UN says was unlawful. Desperate to impress US voters, Trump may yet resort to more semi-clandestine military stunts before November’s election.

The crude idea behind the maximum pressure policy – that life in Iran is rendered so intolerable that the regime sues for peace or is overthrown in a people’s revolt – is bankrupt. Most Iranians, however badly misled, abused, oppressed and betrayed by a corrupt and incompetent theocracy, will nevertheless put their country first if attacked from without.

Regime change in Iran is greatly to be desired. Its post-1979 governance system urgently needs a radical, democratic makeover. But this is a matter for Iranians alone.

The tragedy is that Iran, if it were better led and afforded proper respect, could be a natural partner for the west, a bulwark against Russia in the Middle East, and an ally in confronting Sunni extremism in Afghanistan, Turkey and the Arab states. This, broadly, has been the British view of Persia since at least the 19th century.

Instead, an unreasoning American rightwing vendetta, dating from the 1980 US embassy siege, continues to undermine pro-western reformists and moderates such as President Hassan Rouhani and foreign minister Javad Zarif. Their heads are now on the block.

Fury at US double-dealing helped hardline zealots seize control of the Majlis (parliament) in a rigged poll earlier this year. They accuse anyone who advocates talks with Washington of treason. Their alliance with the powerful security apparatus, and their grip on the courts and the media, have been reinforced.

A key Rouhani ally, Ali Larijani, has been replaced as speaker by former Tehran mayor Mohammad Baqer Qalibaf, who aims to ensure a rejectionist victory in next year’s presidential election. A favourite to succeed Rouhani is Saeed Jalili, an associate of former president Mahmoud Ahmadinejad. The hardliners are also lining up a hanging judge, the much-feared judiciary chief, Ebrahim Raisi, to replace the ageing supreme leader, Ali Khamenei.

A political clean sweep beckons for those in Iran who, like their hardline American and Israeli counterparts, prefer confrontation to common sense. If outside pressure on the regime becomes intolerable, and covert attacks persist, it will not cave. It will hit back, as in the past, but more so.

So is a new Middle East calamity inevitable? In six months, if Trump is gone, a fatal collision may be avoided. If not, then take cover. There will be more explosions.

Simon Tisdall is a foreign affairs commentator. He has been a foreign leader writer, foreign editor and US editor for the Guardian.