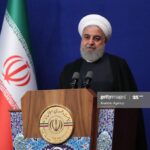 Sabotage, Sanctions and the Bullying of Iran Is Bound to Backfire on the West
Simon Tisdall | The Guardian - TRANSCEND Media Service, 20 Jul 2020

12 Jul 2020 – The onslaught visited on Tehran by Trump, Israel and other bully boys can only increase tensions in the Middle East. Iran is now moving closer to acquiring a weapons manufacturing capability as a direct consequence of US bad faith. 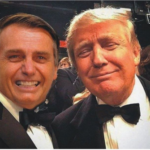 From Trump to Erdoğan, Men Who Behave Badly Make the Worst Leaders in a Pandemic
Simon Tisdall | The Guardian - TRANSCEND Media Service, 27 Apr 2020

26 Apr 2020 – Around the world, authoritarian leaders are exploiting, exacerbating or grossly mishandling the response to the pandemic, placing selfish interest ahead of public good. Their behaviour is frequently appalling. They are a modern incarnation of TS Eliot’s “hollow men”. Sex is relevant, in that female leaders are generally thought to be behaving better.

US and Russia Blocking UN Plans for a Global Ceasefire amid Crisis
Simon Tisdall | The Guardian - TRANSCEND Media Service, 20 Apr 2020

19 Apr 2020 – The Trump administration and Russia are blocking efforts to win binding UN security council backing for a global ceasefire to help fight the coronavirus pandemic. The UN secretary-general, António Guterres, called for an immediate end to fighting involving governments and armed groups in all conflict areas almost one month ago.

9 Nov 2015 – The last time Aung San Suu Kyi won a landslide election victory, the army generals who rule Myanmar rejected the result, placed her under house arrest and jailed thousands of her supporters, many of whom were brutally tortured. That was in 1990. But 25 years later, with “Amay Suu” (Mother Suu) once again triumphant, the key question is whether the men in uniform will accept the people’s verdict and allow her to govern.

The Iran Nuclear Deal and the New Premier League of Global Powers
Simon Tisdall – The Guardian, 24 May 2010

Brazil and Turkey are determined to pursue diplomacy and compromise – even if it means upsetting Washington.

Across the Middle East, the US is building heavily fortified embassies which cut off diplomats and create hostilitiesAfter the US Congress agreed a $7.5bn aid package for Pakistan this autumn, the Obama administration was taken aback by the seemingly ungrateful reaction of its intended recipients. Pakistani opposition politicians fumed about "colonialism" and "imperialism". Military men […]