Where It Stops, Nobody Knows

As the pandemic rages on… 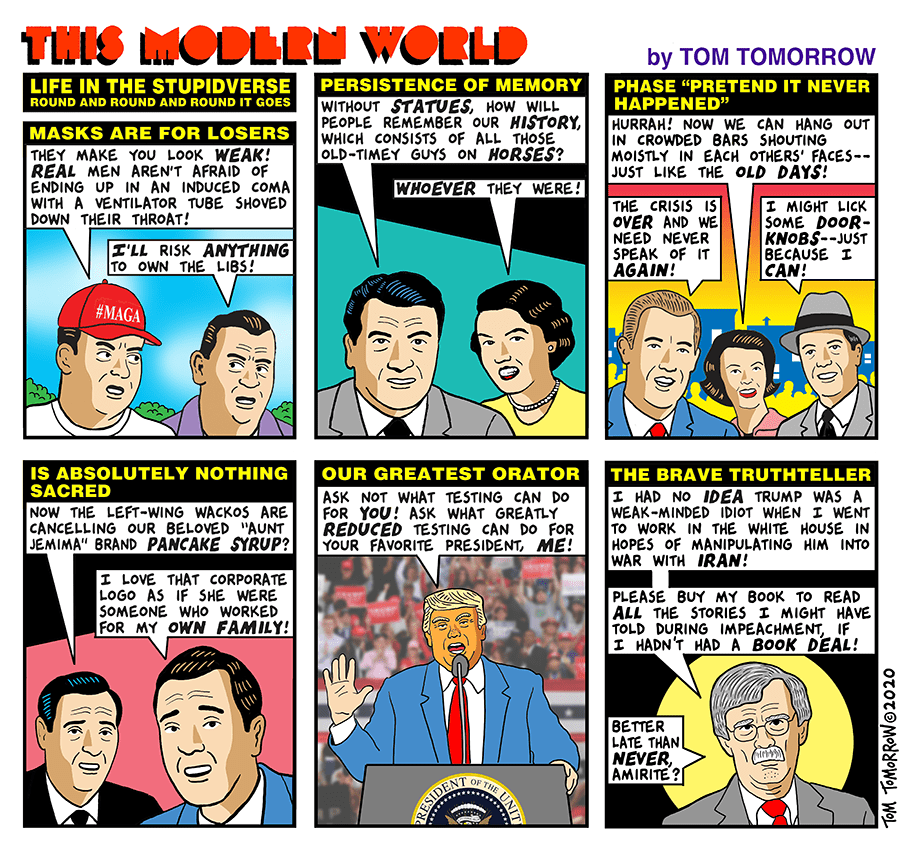 Tom Tomorrow is the pen name of editorial cartoonist Dan Perkins. His weekly comic strip, This Modern World, which comments on current events, appears regularly in more than 80 newspapers across the United States and Canada. He is a 2015 Pulitzer Prize finalist and the 2013 Herblock Prize winner. He was awarded the first place Robert F. Kennedy Journalism Award for Cartooning in 1998 and again in 2003 and is also a recipient of the Aaronsen award and a Society of Illustrators silver medal, among other honors. He is the author of ten cartoon anthologies and one children’s book, and in 2009 collaborated with the band Pearl Jam to create the artwork for their album, Backspacer. He is currently at work preparing for an absurdly ambitious Kickstarter project, with which he hopes to mark the 25th anniversary of TMW in print.

Anticopyright: Editorials and articles originated on TMS may be freely reprinted, disseminated, translated and used as background material, provided an acknowledgement and link to the source, TMS: Where It Stops, Nobody Knows, is included. Thank you.