Mediators from the United Nations, Egypt and Qatar have been working to restore calm. 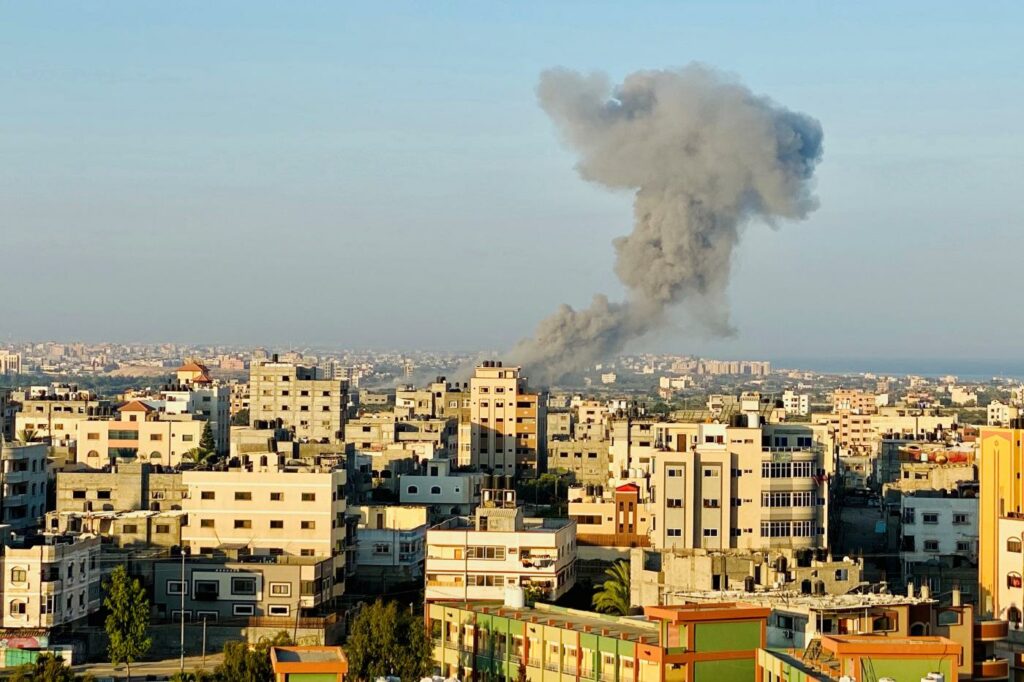 Israel has maintained a crippling blockade of the Gaza Strip since 2007. (Reuters)

28 Aug 2020 – Israeli aircraft and tanks launched raids against Gaza early today and groups fired rockets from the blockaded coastal enclave, as mediators sought to broker an end to the latest flare-up.

There were no reports of casualties on either side.

Israel’s military said it struck underground infrastructure and a military post belonging to Hamas, the de facto ruling movement in the besieged Palestinian territory. Israel has struck Gaza almost nightly since 6 August, accusing Hamas of failing to stop incendiary balloons it said were being launched across the border.

In response, militants fired six rockets towards Israel, Israel’s armed forces said, followed by a second round of Israeli strikes. An Israeli military spokesman said he did not have any information on where the Gaza rockets had landed, but that none of them had been intercepted by its Iron Dome system.

An Egyptian delegation has been shuttling between the two sides to try to broker a renewal of the truce.

It was joined this week by Qatar’s Gaza envoy Mohammed al-Emadi, who delivered the latest tranche of $30m in aid to the territory on Tuesday before holding talks with Israeli officials in Tel Aviv.

Financial aid for the impoverished territory from gas-rich Qatar has been a major component of the latest truce first agreed in November 2018 and renewed several times since.

With tensions high, Israel has closed its only commercial crossing with Gaza, banned sea access and halted fuel imports into the coastal strip, leading to its only power plant shutting down last week.

Health officials have voiced concern that the power plant shutdown could aggravate a novel coronavirus outbreak in Gaza.

Israel has maintained a crippling blockade of the Gaza Strip since 2007, which critics say amounts to collective punishment of the enclave’s two million residents.

Egypt also upholds the siege, restricting movement in and out of Gaza on its border.

The United Nations has long warned that Gaza would become unlivable by 2020 if the siege wasn’t lifted.